PV Narasimha Rao: The man of contradictions who failed to receive his due 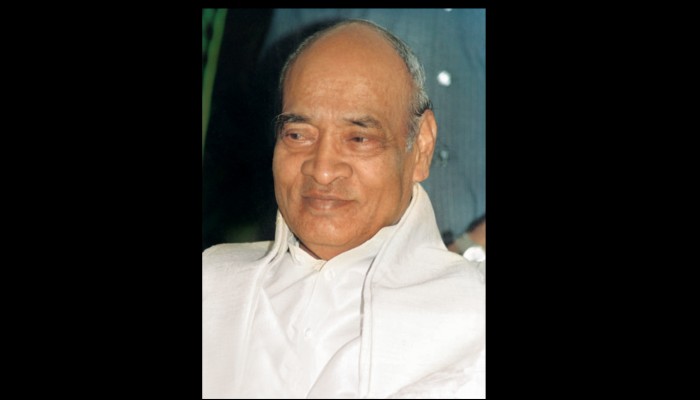 Iconised as, “India’s best Congress Prime Minister”, Pamulaparti Venkata Narasimha Rao, fondly called PV, born as June 28th 1921 in Vangara village of Karimnagar district of Telangana, is the first Telugu Prime Minister of India. Fondly remembered as the architect of the modern economic reforms that transformed the country and ended the Nehruvian socialism, his legacy is still debated. Torn between the disagreements of right and left, blamed for Capitalism and Communalism by the Marxists, his illustrious contributions which were largely undermined are now explored and deeply analysed. The new waves of revivalism that changed the ideological contours of India in 2014 had indeed augured a new enthusiasm among the hagiographers who are trying to resurrect his legacy.

PV’s tryst with the freedom movement began when he was 17. PV along with 300 students participated in the 1938 Satyagraha, sang “Vandemataram”. He was banned by the Nizam and faced expulsion from the college. With help of some nationalists, PV obtained admission in Fergusson College, Pune and completed Master’s Degree in Law. While India became independent in 1947, PV actively worked under Swami Ramananda Tirtha for the liberation of the Princely state of Hyderabad. Ramananda Tirtha has been a formidable influence on PV. After the successful annexation of Hyderabad, PV chose politics as his career. Around the same time Indian National Congress had also transformed as a political party.

Since 1948 PV steadily carved a niche for himself in the Congress party which has been a sea of contradictions, cultivating relations with different factions within the party, he shone as an “ajathashatru” (someone whose enemies are yet to be born). PV contested in first Loksabha elections as Congress representative from Huzurabagh constituency and lost his elections against Communist party candidate. Later in 1957 he contested for assembly elections and won from Manthani. For the next twenty years he never lost elections. In 1964 he becamez  state minister and handled several portfolios till 1971.

To quell a booming agitation by landless farmers in the Telangana region, Prime Minister Indira Gandhi facing the threat from pro-Telangana party, nominated, PV, a Telangana man with socialist values and who attracted backward castes and landless peasants as the Chief Minister of the state. Since he wasn’t backed by any faction, pliant and unassuming, Gandhi chose his for the post. PV who implemented land reforms in the state, served as chief minister till 1973 when President’s rule was imposed to counter Jai Andhra Movement.

Indira Gandhi wanted someone through whom she could execute her will. Being a conciliatory chief minister with no ambitions for promoting his family, he fit the bill. Nearly two decades later, Sonia Gandhi chose him as the Prime Ministerial candidate for these very reasons.

PV spent two years, 1973-74 in political exile. Indira Gandhi who was looking for loyalists in the party, appointed PV as Congress general secretary in October 1974.

The Emergency weathered the Congress party’s reputation. In the 1977 elections Congress was trounced in North India but Southern states voted for Congress. PV who contested from Hanumakonda seat returned to Lok Sabha was appointed as chairman of Public Accounts Committee (PAC). In 1980 elections when Congress returned to power, Indira Gandhi appointed PV as the Foreign Minister and he soon became trusted advisor of Indira.

A month after the “Operation Blue Star” Indira Gandhi, worried about the internal security appointed PV as the Home Minister on priority basis in July 1984. The pogrom that ensued after the assassination of Indira Gandhi in October 1984 exposed the complicity of PV in Sikh’s killings. PV who was in charge of the security of Delhi, evaded the responsibility and refused to question the silence of the Prime Minister Rajiv Gandhi (who allowed the slaughtering of Sikhs) and whose office coordinated response to the violence in Delhi. While investigation teams gave a clean chit to PV in the Sikh massacre, who was bypassed by the PMO in the aftermath of Indira Gandhi’s assassination, PV’s lack of audacity to shame Rajiv Gandhi has starkly exposed the insecurities of PV who feared a political oblivion. He feared defying the family.

In Rajiv Gandhi’s cabinet, PV was shifted to Defence portfolio. In September 1985, PV took charge as education minister and by 1986 he drafted National Education Policy. Navodaya School System has been the brainchild of PV. PV wanted to become President of India after President Zail Singh’s tenure in 1987. But Rajiv Gandhi preferred R Venkataraman, the close friend of PV for the post. By 1988, Rajiv Gandhi reinstated PV as the foreign minister.

After Congress lost elections in 1989, PV who started reflecting on the losses and the tenure of Rajiv Gandhi published an unnamed critique. In 1990 when suffered a heart attack, he was rushed to US for surgery. When he returned from the US, he found a soul calling from the Siddeshwari peetham, in Courtallam. The ashram which was looking for a head found PV a known Sanskrit scholar with Hindu leanings suitable for the post. They asked PV to give up his political responsibilities and shift to Courtallam. True to his nature, PV neither rejected nor accepted the offer.

By April 1991, PV who contemplated retirement shuttled between Delhi and Hyderabad. Persuaded by party workers, he obliged to campaign for a replacement candidate in his constituency in Maharashtra in May, when the assassination news of Rajiv Gandhi reached PV. Sonia Gandhi who was ordained to take a decision on the Congress Party leader was confronted with the choices of Sharad Pawar, N D Tiwari, K Natwar Singh, Arjun Singh, Madhavrao Scindia, Shankar Dayal Sharma. Seeking the wise counsel of PN Haksar, principal secretary of Indira Gandhi, she narrowed down on PV.

Though Sonia Gandhi wasn’t keen on PV, in his long political record, he never dissented nor mutinied. He maintained no factions, had no enemies. He appeared to be a safe bet for the family who wanted a loyal PM to work on their behalf. Seething with disappointment at the elevation of PV and on being side-lined, Congress bigwigs refused to cooperate with PV. The burden of heading the Congress led government which is woefully short of full majority rested on the shoulders of PV.

PV, took charge as the 9th Prime Minister of India on June 19th 1991, when India has reserves barely enough for two weeks of imports against the recommended six weeks. As a Congress man without being from the family, heading a minority government he single-handedly brought in economic reforms that steered the Indian economy on the path of progress. Roping in Manmohan Singh as the financial minister, PV launched his ambitions plans of resurrecting ailing Indian economy.

When PV took up reigns, India’s relations with Sri Lanka were frayed. Even the domestic situation was volatile. Fresh from the wounds of the Kashmiri Hindu genocide, followed by exodus of the Kashmiri Pandits, Kashmir has become a tinder box. Punjab was scrambling with militancy. Secession movements gripped North East region. But a semblance of normalcy returned to Punjab and Assam by the time he left the office.

1991 marked the end of the Cold war. When PV rose to power, geopolitics was going through a tumultuous phase with the collapse of Soviet Union, which has been a close partner of India. In tune with the new global world order, India was forced to reorient its foreign policy. Without any complacency, standing up to the challenges of the evolving geopolitical calculus, PV launched Look East Policy, revived ties with China, the US, western Europe and East Asia. Unruffled by the prospect of angering Muslims, PV openly reached out to Israel dismantling the road block of self-imposed Muslim appeasement. To buttress national security, PV asked scientists to prepare for nuclear tests and laid foundations for nuclear deterrence. He encouraged ballistic missile program.

Aside the regular administration and governance, managing Sonia Gandhi has been the biggest task at hand for PV. PV’s relation with Sonia wasn’t without any major incident for the first one and half years. Babri Mosque demolition in, 1992 December created a rift. While Congress was miffed by PV’s inaction, the Hindu community hailed it. PV was accused of making himself unreachable during the crucial moments of mosque demolition. But in reality, if his close friend is to be believed he was closely monitoring the situation scenario through intelligence officials. While pressure mounted on him to rebuild the mosque he desisted. Later Liberhan Commission too exonerated PV of all charges.

PV adeptly managed every crisis into opportunity to consolidate his position by reshuffling the cabinet. He earned the trust of non-BJP opposition and eased the critics. With economy doing extremely well, people ignored all his faults. Fighting all odds and huge coterie of servile Congressmen, PV ran the minority government for five years and firmly placed the country on a strong pedestal through his policies, reforms and doctrines.

The long political journey of PV is full of contradictions, while he is accused of being indecisive, vacillating and vicious he alone tried to fix collapsing Indian economy, revamped India’s foreign policy and overcame the constraints of a fractured mandate. Despite the upheavals in his political career, he tried to reinvent himself through introspection and by assessing his skills and weaknesses. Vinay Sitapati in his book-Half Lion aptly summarises PV’s illustrious personality as- “If Chanakya, the fourth century BCE Indian Machiavelli, best captures Rao’s skill in politics, the eighteenth-century Burke captures his vision”.

Despite hailing from a political party with over 125 years of history, no group willingly stood for him. Having earned the ire of the dynasty, he was blamed for several sins. He was even denied a respectful burial in Delhi (his Karma Bhoomi), due recognition and rightfully earned honour for being the Prime Minister of country. The family and the party controlled by the family detested him and alienated the man who earned laurels for the country.

While the Congress disowns the uncommon genius with his ambiguities, Telangana government is all set to kick-start year long birth centenary celebration of PV Narasimha Rao.