Why did the BJP get badly defeated in Telangana? What are the lessons the party needs to learn from this defeat? 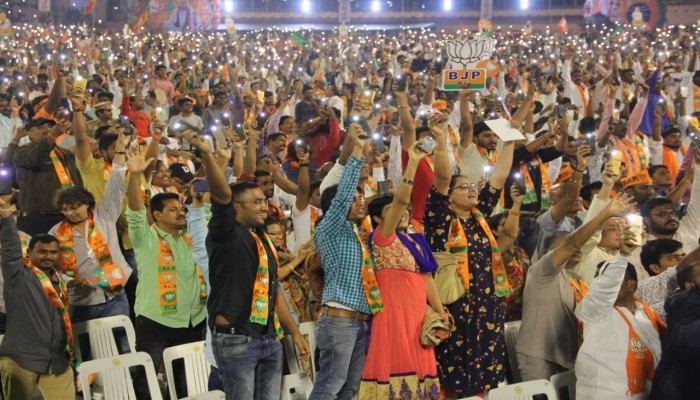 While many analysts are busy delving into the reasons for losses of the BJP in the three states where they lost power, it is my strong belief that the biggest lesson for BJP lies in its severe drubbing in the Telangana election. You may wonder what lesson is there to learn when the party was nearly non-existent there? That is precisely the lesson the party has to learn from the woeful performance in Telangana. Allow me to elaborate.

What did the BJP have in its favor ever since Telangana was formed? Or what points could it have used to gain in strength, and at least try to relegate Congress to third position?

Instead, during these four years, what did the party choose to do?

During the elections, what was the party associated with?

From the results, it is quite evident that the party leadership has woefully failed on many fronts. At multiple public meetings, the example of how the BJP was once a 2 seat party in Karnataka and Tripura, and how the party in Telangana will reach to the same heights *in the future* is mentioned. However, the leaders seem to have forgotten that there must have been stupendous hard work AND strategizing that made BJP rule in states that it never thought of before!

Telangana presented the biggest opportunity for BJP to grow. If not to power, at least to the main opposition party. If not to the main opposition party, then at least to double digit numbers. The state unit does not keep pace with the central unit. The speed, the efficiency and the urgency with which the central units work is in total contrast to how the state unit works.

Is all lost? What can be done now?

During the various exit polls, when someone predicted that the BJP’s strength will go up from 5 to 7, there seemed to have been jubilation in the leadership. I was aghast – is this something to be jubilant about? An increase from 5 to 7 seats? If this is the kind of planning the party is doing, it will take another generation to even reach double digits!

I know the central unit likes to think big – but in Telangana, the BJP must first think of usurping the Congress space. The defeat to Congress is a huge blow to it. Their leaders are down, tired and exasperated. That space is available for grabs – if the party misses this great opportunity, then it will continue to remain a single digit party!