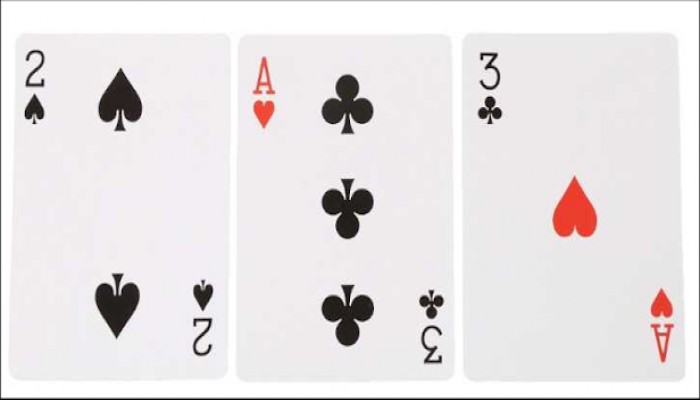 As Ladakh has got colder Chinese have indulged in a Three Card Trick. Give up Finger 4. Gain Kailash Range. Retain Depsang.  Natural and expected from the ever-untrustworthy Chinese. However, we need to see why they are doing it and what our reaction should be. There has been no action on the battlefield except it has got colder. Let us review the situation on ground and then step back to analyse certain factors.

By now Eastern Ladakh must be awfully cold. Leh reports minus 13 at night and feels like minus 2 at 1030 in the morning. Eastern Ladakh must be another 10-20 degrees less than that, depending on where you are. Heights would have snow and Pangong Tso would be more than half frozen. The wind-swept plains would be chilling the bones. There were reports that our soldiers are running short of warm clothing and equipment. There were also reports that USA had to bail us out with about 11000 thousand sets. Well, the reality is that our troops are well kitted and stocked with sufficient ammunition.  Not only in Ladakh, but also along the LOC and in the East. That should be a total of about 2.5 lakhs sets of warm clothing. So the 11000 odd sets from USA are only small time fillers. To put in perspective, we have been up in Siachen since the 80’s. We know what it takes there and are set for it. No sweat.

On the other hand, the perspective I get is that the Chinese are feeling the heat of the cold! Suddenly reports surfaced of enhanced Chinese causality evacuations. Catching cold? Then, one finds that Global ’Idiotic’ Times comes out with reports of buildings with oxygen and warming facilities. That is a giveaway. In high altitude, I would inhale oxygen only if I am in a HAPO (high altitude pulmonary oedema) situation. If every building they build has enhanced oxygen facility, then their troops are constantly less than acclimatized.  That is survival with less than optimal battle fitness. In four tenures and innumerable high-altitude visits, I have used Oxygen only thrice as a precaution - when getting in/ out of a chopper on the Glacier. It was also funny to see the Global ’Idiotic’ Times coming out with videos showcasing food delivery by drones. I suppose fresh Pangolin meat straight out of the wet market from Wuhan with the virus as a side dish was being air delivered to hardy young Han lads. After some time, I saw videos of Chinese troops hanging on to tails of mules while doing their logistics routine. What a come down to reality! In mountains, mules remain the best fail-safe drones. Chinese are learning fast. In the land of Lama don’t behave like a Gama!! All Corps in in Northern Command, have a battle school. Every unit is mandatorily put through pre-induction training – hardened and weeded. The Chinese do not have any such system. Inputs indicate that the Chinese have brought in Russian speaking experts to train their troops. All the best to them. Why am I telling you all this? Our troops are very well stabilized and in a far better position than Chinese to exploit the situation. So why should reports of a three Phase dis-engagement leave me amused?

The 8th round of Sino–Indian Corps Commander-level talks were held on 05 Nov and an anodyne statement was released. In a couple of days, a three stage disengagement plan surfaces in the media. Our acclaimed and regular media ‘experts’ claimed that the standoff would be over even before Deepawali! First Step. Tanks and armoured personnel carriers were to move back from their frontline deployment to a significant distance from the Line of Actual Control (LAC) by both sides within one day. Second Step. Near Pangong Tso, both sides were supposed to withdraw around 30% troops every day for three days. The Indian side forming in at Finger 3 and the Chinese to go back to the East of Finger 8. Third Step. Withdraw from their respective positions from the frontline along the Southern Bank of Pangong Tso which includes the heights and territories around Chushul and Rezang La area. No mention of Depsang!

Analyse the three-card trick. Dangle withdrawal from Finger 4 as a carrot. Whether the Chinese remain at Finger 4 or 8 is immaterial. It has no further tactical or strategic difference. Even virus laden bats do not live there! Get Indians off the Kailash Range in a pro quid quo. The Chusul gateway opens. Grab Kailash Range heights at the first opportunity after the Indians vacate. Maintain stance and consolidate Depsang. Go to the world and announce about the great Chinese victory – winning without fighting. Game set and match – China!

Examine the deception further. When our media is agog with the disengagement plans with our emotional analysts crying hoarse about the great sell off on Kailash Range, the Chinese media refutes that there is any plan. However, after a couple of days, they come out with this great analysis that maybe the Indians are weakening and want to reach a conclusion to the conflict. That is why Indian media is discussing this. Indians are now prepared to discuss peace at Chinese terms! Typical Chinese deceptive strategy. Mind games at work. Deepawali has come and gone. Nothing further heard.

Let us for a moment think that this plan was credible and real. Who was to monitor the execution of the plan? Are we contemplating joint monitoring with untrustworthy Chinese? If we get beyond that, how do we manage the buffer zones which are to created? By trusting the Chinese? On what basis is this plan drawn which leaves Depsang out?  Who initiated it? Our media falls hook line and sinker for it.

Consider this also. Every step and turn, over the past seven decades, that we have taken with the Chinese is still being scrutinised minutely with a lens. Every conversation we have had with Pakistan is granulated.  We ourselves say that what India has gained tactically on the battlefield, it has lost strategically on the summit tables. In such a situation how do we fall for such three card tricks? History will never forgive modern day Jaichands, who take ill-informed decisions to fall for the trap.

An accommodation with China on the border and disengagement has many dimensions. Soldiers and veterans will see it emotionally through the prism of sacrifice for the territory/ advantage gained/ lost. The Government will evaluate the overall situation – militarily, economically and diplomatically regarding the overall effort including maintaining a relationship with China in future - Good, Bad or ugly. The average citizen will see if India has succeeded. An international observer will see if China succeeds or not and its impact on world affairs. To arrive at a balanced decision which has far reaching proportions, with such diverse perspectives, needs informed political debate and plan at national level. An agreement other than to enforce a peaceful status quo to avoid flareups or to respond to an emergent situation is beyond the scope of military talks. There has to be political talks and understanding based on transparency. It needs trust. People need to be convinced that we have not been sold out or dealt a dummy. There must be political consensus. If a unilateral decision is taken, history will not forgive the current Prime Minister, like it has not forgotten our Prime Minister of 1962 for his folly of trusting the Chinese. So far, the Government or the Army has not clarified the actual status at Depsang. Have we been pushed back or are we being blocked access? In such a situation even to contemplate to make a deal with China, without transparency or trust is being foolish. History will not forgive fools.

On the other hand, our PM talks of ‘Prachand Jawab’ and ‘days of expansionism are over’ at Longewala. It was an obvious message to China. All ministries have repeatedly flagged their concerns regarding Chinese influence in day to day life and how to reduce it. We have banned Tik Tok and its siblings. We have taken a clear position against BRI and RCEP. We are leaning towards the QUAD. We are preparing for an ATMA NIRBHAR BHARAT. In any case Chinese will insist on a comprehensive dialogue to include trade and economics. Do we want to go back to CHINA NIRBHAR BHARAT?  Are we prepared for that? Under the conditions, does one still think that a disengagement plan is on?

There is yet another factor. As long as China is kept on the hook and is forced to commit troops and resources in a situation it can never master, the more it looks foolish. Already one sees that the Chinese balloon is a bit deflated. I have been maintaining that as long as the Virus lasts and as long as this current situation on the LAC lasts, China will continue to be in a face losing situation. So why the hurry? Moreover, if the issue is settled, China will be free to start some adventure elsewhere. Keep it there in the frozen wastes of Eastern Ladakh and China will come to its senses.

China will try its mind games and try to seed disinformation as it is a habit to do so. All the hot air about teaching India a lesson has frozen in Ladakh. There was lot of talk that China will attack and capture Taiwan when the US Presidential elections are on. That was supposed to be the ideal window of opportunity to capture Taiwan. The election has come and gone.  There is still uncertainty in USA. Militarily, the US eyes are off the ball. The window remains open. China has not taken a single step to mount an amphibious attack on Taiwan. Hot air again.

As far as I see it, we are in a groove and prepared for the winter in High Altitude. We still need to secure further advantage in Eastern Ladakh to break the logjam. The winter is our opportunity. This is the time for some engagement (direct or indirect) to destabilise PLA. The time for disengagement is far away. I hope we have a plan.

CONTINUE OCCUPATION OF KAILASH RANGE – THE CHINESE WILL BEHAVE.

THIS IS AS SURE AS DAY FOLLOWS NIGHT AND NIGHT FOLLOWS DAY.

TRADE KAILASH RANGE AND THE CONSEQUENCES WILL BE ANOTHER HAJI PIR.

THE NEXT GENERATION WILL WONDER WHY DID OUR PREVIOUS GENERATION NOT HOLD ON TO WHAT IS OURS? LIKE WE HAVE OFTEN WONDERED ABOUT OUR OLDER GENERATION.