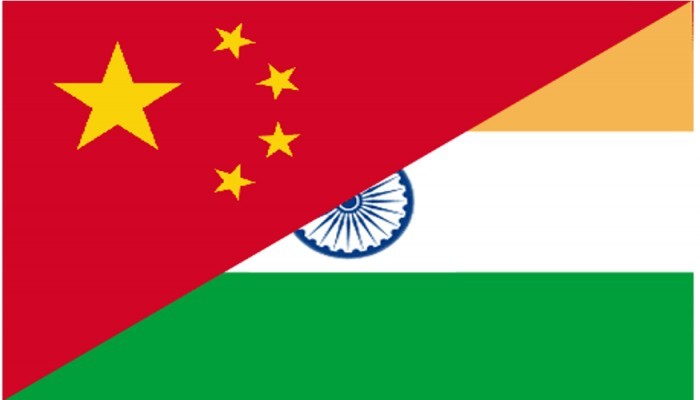 I received some great reactions from many quarters on the Article – A Sino Indian Conflict Matrix. One Pakistani felt that China could paralyze Indian command, control and communication systems in 15 minutes, cut off logistics in 6 h, overrun Indian defenses in 36 hours and have the Indian army begging for ceasefire in 48 hours. That I suppose is the standard Pakistani dream these days –Chinese destruction of India and instant success of CPEC.  Both unattainable. My issue is that it finds reflection in some weak or uninformed Indian and International minds. An analyst who is more of a Pakistani and Chinese acolyte these days, felt that I have outlined “an obsolete scenario, it does not account for PLAs military reforms & Multi Domain Approach and is oblivious of disruptive technologies in PLA armory”. One view was that China will hit us with 2000 missiles and we will be devastated. Another view was that the “days of kinetic warfare are over and what I have outlined is a classic case of fighting the last war”. What do these views reflect? Amongst other issues it tells me that there is a solid element of Sinophobia without fundamental knowledge. The whole Sino India military equation needs some elucidation.

First and foremost, Chinese are not ten feet tall. Chinese are being assessed to be much beyond their actual capability. This is a product of two factors. Firstly, Chinese propaganda has been able to overhype their capability to near invincibility. Repeat a lie and it becomes the truth. It cannot be so. It is not so. Secondly there are people naïve enough to fall for it due to their inadequate knowledge of either Chinese or war fighting. They build a doomsday scenario and faint on the mere thought of a conflict with China. Yet there are knowledgeable people, who have been at the helm of affairs and are respected professionals who find merit in my arguments. India does not have the military capabilities that China possesses.  I have written about it in the USI Journal (https://palepurshankar.blogspot.com/2019/11/bridging-military-technology-gap-in.html). However, I am confident that the impending inductions into our system will give us enough strength to give the Chinese a real bloody nose. Additionally, there is a greater strategic capability and a nuclear overhang which must be factored in. The PLA is only trying to transform itself into the strongest military. They are still far away. My personal view is that they might be imbalanced between military expansion and economic slowdown. The only military experience they have had since the Vietnam War is capturing some rocks in the Spratly’s. Their fighting qualities are suspect since their leaders are probably not tough anymore. We all go by examples. I will re-re-count an experience of mine with a senior Chinese General. I have already written about this in an earlier article ( https://palepurshankar.blogspot.com/2019/02/an-unstable-china-indian-window-of_11.html) and am reproducing it here again since it gives an insight into character which in my opinion is paramount. When I was the GOC Mumbai Area, a delegation led by a Vice Chief of PLA and two Maj Generals came. We hosted them at our air-conditioned Mess for lunch. After the meal, I took them outside to appreciate the military band as is our custom. Mumbai was hot and humid. By the time the band finished their first tune we were sweating. Fine. By the time the VIP’s choice tune was playing, sweat started pouring down the General’s neck. Lo and behold, the two Maj Gens came forth and were wiping the sweat of the General’s neck with their hankies very reverently and the VIP was enjoying this gesture! I was stunned. Even my most faithful Sahayak in Indian Army would not do that, and I would not allow it! Even in my dreams. The first thought which came to my mind was that they cannot be fighters. Fighting demands shedding blood. Here even shedding sweat was being dithered at.  The rest you can conclude. The Chinese media call it as “Peace Disease”.

The Himalayan terrain in Sino Indian context is of paramount importance unlike any other terrain. Apart from presenting a very high degree of terrain friction, the Himalayas are unique and pose significant challenges to any military operation. It is very doubtful that technology can overcome terrain in any context. Take the well-known cases of Napoleon and Hitler. They put together the greatest militaries of their time technologically and organizationally. They appointed outstanding military men as their generals. They inflicted embarrassing losses on the Russians. Yet they were unable to overcome the Russian winter and were defeated by it, more than anything else.  The Chinese face the same predicament in Tibet. Irrespective of technological advances, wars must be fought on ground. The fundamentality of mother earth cannot be wished away. Ignore history and conventional wisdom at your peril. Multi Domain capability or not, if the Chinese choose to settle the issue through force of Arms, then they must be far more innovative to overcome the Himalayas.

The political aim of the Chinese will be critical in the next Sino Indian conflict. Largely, they could have three aims. First. Annex Arunachal Pradesh by force. Second. Teach India a lesson through a Trans LAC punitive action. Third. Contain India militarily through an indirect approach. If they want to annex Arunachal Pradesh, they have no other option than to either capture it physically or capture other areas elsewhere for use as bargain chips to get hold of Arunachal Pradesh. If the other areas are in the Himalayas, then they must go the conventional route. Remember possession is 99% of any argument. Hence there is no other choice but to fight in the land domain.  That is what I have focused on. If the political aim is anything else, they can expand conflict to other domains and deploy full capability to effect overmatch through standoff. I doubt if India will part with even a tree in Arunachal Pradesh unless the Indian Army is decisively defeated.  Multi Domain Operations are only a form of conflict execution whose scope will be decided by the political objective. In any case operations in Himalayas do not preclude Multi Domain Operations. However, they will be largely dictated by terrain conditions.

The Chinese could undertake punitive actions trans LAC and get back. A 1962 kind of scenario was suggested to me. Well. The Chinese can cross the LAC at their will but will get back to their side when we let them. Such action could see asymmetric responses from India, for which I do not think the Chinese have answers. However, the Chinese can continue to use the indirect approach of nibbling into Nepal, Bhutan or Myanmar as they are doing with the political aim of containing India. Hence India must use its economic, political, diplomatic and military heft to stymie the Chinese outreach. A failure will be a fait accompli with Chinese presence at our doorstep in the Terai areas or the Duars. At that time if the Chinese open any of the direct options also, India will be hard put to stop the convergence. This is a worst-case option for us. This also ties down India to focus on its land borders and leaves the IOR free for the Chinese. The importance of having good neighbors and strengthening them to resist Chinese pressure must be a very important part of our strategy. Beyond that we must also plan to create an Afghanistan or a Vietnam for China if they ever try to cross the LAC with arrogance. That could be on the other side of the LAC!

As far as India is concerned there are two fundamentals to be fulfilled if we must face China squarely. Firstly, our command and control system must be unitary in nature. As a spin off a greater degree of jointness will be evident only then. Though the government has announced that a CDS will be soon appointed, his efficacy and mandate will be the critical issue. The second issue is that the pace of modernization must increase. Our moribund procurement processes presided by a process-oriented bureaucracy must be overhauled to produce tangible outcomes with Services in the lead. This must be buttressed by adequate budget allocations. The worrying factor is that our economic underperformance might impact heavily on our security. Currently we are in the ‘kadam taal’ nee ‘stand still’ mode.

Depending on which side of the fence you are sitting, you could call this mega project a success or a failure. In my opinion, the BRI/CPEC combination will end with negative returns financially since money given to Pakistan is like water poured into desert sands. As time passes, other countries will either back track or limit their economic engagement with BRI. This is happening. Notwithstanding the outcomes, these megaprojects in their ultimate forms will expand Chinese global interests. In turn China will have to commit greater military strength to protect these assets and interests. Chinese military resources will be stretched. The BRI is a loose belt on a bumpy but long road (https://palepurshankar.blogspot.com/2019/04/the-story-of-bri-so-farloose-belt-and.html) which will end with China being an overstretched hegemon (https://bharatshakti.in/china-an-overstretched-hegemon/). This is inevitable.

The Chinese have not responded well on being surprised. Analyze the Trade War, Doklam Crisis and Abrogation of Article 370. These represent economic, military and political cases of surprise where Chinese were caught unprepared. In the recent past, the Chinese have not surprised anyone. The trust factor they generate is so poor that irrespective of what they proclaim, their adversaries are wary of them. Unless the Chinese can use surprise as a winning factor, they will come up on the wrong side of a win. To achieve surprise, you need to lull the other guy by infusing a false sense of confidence and trust.  As far as Chinese are concerned, barring Pakistan, there is no country which trusts them or has confidence in them. I do not think they can achieve surprise easily.

Concept and Cost of Victory

The Chinese lay a lot of emphasis on ‘Face’. We need to understand that making China “Lose Face” is victory for any opponent. Analyze the “Trade Wars”. China is being made to “Lose Face”. Analyze the Sino Vietnamese War. China lost “Face” despite inflicting severe causalities on Vietnam. Analyse “Hong Kong”. China is losing face. What has happened? The stakes for a Chinese victory have become steep. Look at it this way. The “Cost of Victory” for China in conflict is out of proportion and high compared to the “Minimal Cost” an opponent must bear for inflicting “Loss of Face”. If I were to plan, I would make China “Lose Face”.  A major question is – what cost is China prepared to invest to defeat India and annex “South Tibet”. My opinion - China will have to invest considerable political, military and economic capital for a war of uncertain outcomes. If the outcomes involve a reasonable chance of China not being able to achieve its political objectives in armed conflict and simultaneously if it ends with Taiwan declaring independence or something to that effect, it is unaffordable. Can China risk that? Many of our analysts must see the Sino India conflict beyond the normal binary.

Conflict with China has various dimensions and it will be a contest on different planes. One must think multilaterally. Additionally, a Sino- India clash goes beyond a mere clash of arms. It is a “Clash of Civilizations”, not in the Huntington mode but beyond that. However, it will remake the world order, be sure of that.