The Sickman of South Asia is Strategically Irrelevant 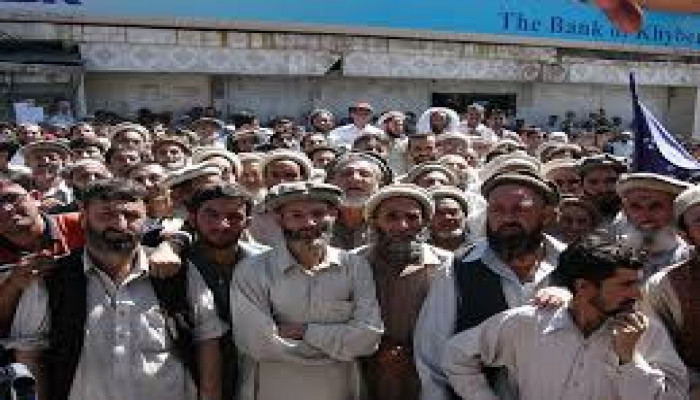 Last year on 16 Aug, when Imran Khan stated that Afghans had ‘broken the shackles of slavery’ little did he know that it was the beginning of Pakistan’s shackled journey of international irrelevance. A lot of things have changed in between. The days when Pakistan could hunt with dogs and run with hares are over.

Playing both sides of the fence is hereafter not profitable. Pakistan with its 230 million people, devoid of water, declining agriculture, an increasingly radicalised society steered by warring politicians, a greedy Army which owns it and a judiciary ready to play second fiddle has to stand on its own feet after 75 years of its blighted existence. It is time for the nation to sink or swim. There are no life lines left.

Currently, the nation is in a pool of economic woes. The current account deficit (CAD) in FY22 is $17.4 billion, compared to $2.82 billion in FY 21. Its currency is in a freefall. The official rate is 239.9PKR to a dollar. The open market rate is 250. And the black-market rate…somewhere else! There is a severe liquidity crunch. The country is simply running out of dollars and cannot survive without it.

All rating agencies have unanimously downgraded Pakistan’s long-term outlook to negative. IMF bailout or not. As the political turmoil gets more vitriolic, weekly inflation has jumped, measured by a whopping 3.68%, mainly due to the highest-ever increase in food prices.

In an unprecedented move, the Army Chief, Gen Bajwa, has appealed to the White House and Treasury Department to push the IMF to release the $1.2 billion loan. The USA will make him grovel just as he exasperated it in Afghanistan. Pakistan’s cup of economic woes is brimming full. Why has Pakistan reached this dead end? Simple. It has lost its international relevance.

There was a time when Indian strategic circles used to comment that Pakistan will always survive due to its geopolitical importance. That has changed. Pakistan is a fringe player in Europe and the Indo-Pacific where the action has shifted. Since its independence, Pakistan has thrived on foreign largess due to its geostrategic centrality. This largesse has come from renting itself out or providing mercenary services to geopolitical powers. It has never made an effort to stand up on its feet and fend for itself. Its four main patrons  — the United States, China, and the Gulf monarchies of Saudi Arabia and the United Arab Emirates kept throwing crumbs at it. These were eaten up by the powerful ruling elite and greedy army generals at the expense of their people.

The people were left to survive on their own. Till the turn of the century, there was a semblance of effort to be self-sufficient. Ever since the Musharraf era, even that pretense was dropped.

The United States has been its main benefactor. The benefaction started when Zia ul Haq, the Jihadist in chief, offered Pakistan’s services to the US in defeating USSR in Afghanistan. The dependency syndrome set in at that time and never left the nation. The greater dependency took place when the United States offered a lifeline to Musharraf’s dictatorship following the 9/11 twin terror attacks.

Loans were restructured. Uncle Sam sent oodles of money to Rawalpindi and crumbs to Islamabad. The good times were celebrated. Pakistan earned international adulation. When Musharraf’s dictatorship collapsed, the country faced a hiccup. However, the USA needed a stable and secure Pakistan in its war on terror. No one wanted the collapse of a nuclear Pakistan with Osama Bin Laden and his ilk taking over the country’s nuclear assets. That kept the inward flow of dollars despite consistent efforts by Pakistan to double-cross its financial backers.

The tap turned off with the celebrations in Pakistan over the unseemly withdrawal of the USA from Afghanistan. This tap will not open again. The USA is dealing with Afghanistan through Qatar. It is dealing with China and IOR through India, which is its strategic partner. The rich western world does not trust Pakistan anymore. Pakistan has broken the shackles of its utility to the USA for a long time to come. It will be very surprising if the USA lifts its little finger to help Pakistan after the ignominy which was heaped on it by Pakistani double-dealing in Afghanistan.

Pakistan and China have been bosom friends for a long time. Way back in 1972, Chou-en-lai had offered a non-returnable loan to Pakistan soon after its dismemberment, when Bhutto visited China. As relations with the USA soured, cash-rich China entered the scene.

Xi’s China had stopped hiding its strength or biding its time. It was aggressively seeking to establish a Sino-centric world order. The CPEC and Pakistan were its flagships to defeat the USA and attain global dominance.

For an economically crippled Pakistan wracked by terrorism, iron brother China was a godsend.  The good times were back again. However, there was a catch. Uncle Xi gave only loans, not largesse.  He also expected returns that Pakistan could not give. Loans could not be repaid. Projects got stuck. Pakistan could also not give security to Chinese workers.

While there were oodles of cash from the USA there were only noodles from China for which Pakistan was expected to be a permanent poodle. No wonder Bajwa is turning to the USA and IMF. With only brides and donkeys to offer to China and with no loan repayment capacities, Pakistan is in danger of losing its sovereignty to China. In any case, the Chinese economy is in no position to give a dole to Pakistan. The sweeter than honey relationship has acquired a bitter taste.

In 1972, Pakistan derived huge benefits from the rapprochement it arranged between the capitalist USA and communist China. It was Pakistan’s finest strategic midwifery moment.

For a long time, Pakistani waywardness was given a wide berth by the USA and China. Both supported or ignored Pakistan’s international sponsorship of terrorism, nuclear proliferation and other such chicanery. They also knew that Pakistan was skimming the cream in all international aid and grants to arm itself against India.

For a long time, it suited both its heavyweight benefactors. However, the strategic divorce between China and USA has left Pakistan adrift. It cannot let go of both nor can it please one at the other’s expense. In the event, both have let Pakistan go.

Saudi Arabia and the United Arab Emirates have been bankrolling Pakistan from the time Bhutto sold the idea of an Islamic Bomb to them. In the war on terror, the Saudis and the Emirates were terrified at the collapse of Pakistan and Osama Bin Laden and his band getting hold of a few nukes. That would spell the end of their monarchies. Hence Pakistan was kept in good humour financially.

Further, they needed the mercenary shade of the Pakistani Army in providing security to their nations. All this ended with the Abrahams Accord, which signalled a major shift in the world view of Gulf monarchies.

The modern and younger Middle East leadership is now looking at diversification and transformation of their economies, societies, and foreign policies. On the other hand, the political and economic returns from Pakistan are only shaded in deep red. With the I2U2 group holding its first summit recently, the Middle East dynamics have taken a decisive turn away from Pakistan. Pakistan is now merely a provider of cheap menial labour.

Pakistan was of great relevance to the Taliban and Afghanistan till recently. The same Taliban which was supposed to provide strategic depth to Pakistan is now seeking space in Pakistan, through the TTP to consolidate Pashtun-dominated areas into its fold.

Additionally, a lot of goods are smuggled across into Afghanistan. These goods are bought by Pakistan in foreign currency which they can scarcely afford and sold in rupees to Afghanistan. Pakistan has ended up acquiring a strategic burden that is hastening it into economic default and collapse. If Pakistan is Sinbad the sailor, Afghanistan Taliban is the old man on its neck.

Overall, the strategic value of Pakistan has diminished to all its benefactors. Its ability to deliver strategic outcomes as per the expectations of its patrons is bleak.

The general view is that the current government of Pakistan does not have political credibility or geopolitical capital beyond Islamabad. It is in a survival mode at the behest of a faction-ridden Army and constantly under threat from Imran Khan, who is primarily responsible for having brought Pakistan to the edge. When he helms the country once again, as is expected, he will drag Pakistan into a deeper morass.

Of course, the possibility of a takeover of its nuclear assets by terrorists or radicals is omnipresent with grave consequences for the larger world should such a thing happen. In any case, all its past benefactors have new strategic challenges which confront them in the Post Covid – Post Ukraine War world.

None of these challenges has a solution that emanates from Pakistan’s strategic location or geopolitical importance. For all these reasons. If the present state of affairs is dismal in Pakistan, the future is even worse. If all roads lead to Rome in days gone by, all roads lead away from Pakistan in current times.

If the Roman analogy is taken forward, the fiddling by Neros of Pakistan has set it on fire while geopolitical sands were shifting beneath its feet. Pakistan is now like the Indus whose waters do not reach the Ocean – a geopolitically spent force.

The rulers of Pakistan whether they are elected, selected, rejected, re-elected or self-appointed continue to squabble as the world changes. The world will no longer rescue the Sick Man of South Asia simply because it is too big to fail. The world is preparing for the failure from which a Naya (new) Pakistan will emerge. The problem is it will look like Purana (erstwhile) Somalia.