Sino-Indian Logjam after the Winter Freeze 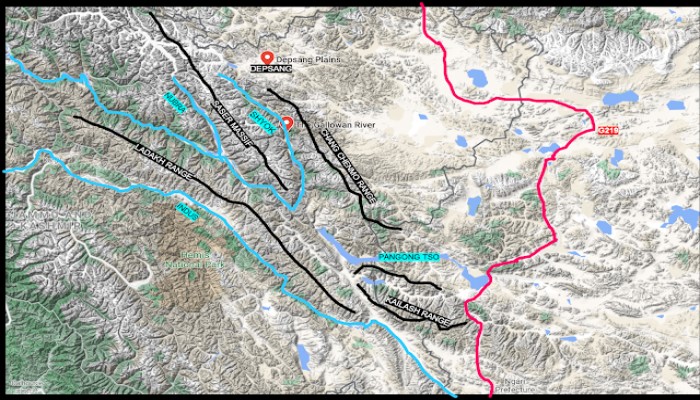 The Sino-Indian logjam continues as the world’s largest vaccination drive has got underway.  The Indian economy has started firing on some cylinders as the rest are warming up. A question on everyone’s mind is – will the Chinese resume their aggression along the LAC after the winter freeze? While we can speculate to our hearts content as to what can happen, it is too early to predict any escalation as it is to predict de-escalation. However, what we can do is to examine the factors which will contribute to any development – Military, Diplomatic or Political. We will see the issues from a Chinese perspective since the initiative is still with them.

Aim and Objectives What will the Chinese aims and objectives be in the forthcoming summer along the LAC? When we have not been able to decipher their aims when they undertook the last offensive, it will be very far-fetched to crystal gaze their futuristic aims. However, we know that the offensive was undertaken at a least cost, when the opportunity presented itself. So, it would be prudent to examine the cause and benefit angles to assess whether China will resume hostilities.

Chinese Virus and Vaccine Factor China embarked on an offensive in Eastern Ladakh last year, when it had controlled the Virus while India and its Army were supposedly stricken. The tables seem to have turned. India has adequate indigenous vaccines (including production capacity) and infections are under control. On the other hand, the Chinese, are caught in another mass outbreak despite being inoculated with much touted vaccines (but unproven). China has started  rebuilding emergency hospitals  in Hebei province like it did in Wuhan last year and has put 22 million people in lockdown. Even prior to this, there have been sporadic outbreaks and mass testing all through last year. These outbreaks are more severe. Despite the well-advertised victory, China remains vulnerable to its Virus.  The efficacy of Chinese vaccines is suspected to be low.  It implies the entire population might have to be inoculated.  Their vaccines may protect individuals but might not prevent viral spread.

Outbreaks in vulnerable and unvaccinated people will continue. Further China does not have the capacity to produce enough vaccines for itself leave alone others. The Western vaccines are seen to be more effective. Hence like everything Chinese, their technology is suspect. China had to be seen winning this war, which it won’t. There are grave internal issues if the Virus control goes awry. The Chinese Virus and Vaccine Diplomacy factor is far too much in the flux and the last word is not said. As long as the Chinese Virus is well and alive in its womb, it will trouble mother China. The virus is democratic unlike its autocratic mother. China might want to stabilise before taking up cudgels again in Eastern Ladakh.

CCP Centenary Year  2021 is the centenary year of the CCP. This year it will spin and showcase successes to the world and its people. If one harks back, when Beijing Olympics were to be held, China adopted a very conciliatory posture to ensure the success of the games. Similarly, in 2021, it will like to project achievements and not failures. With the vaccine overhang and economic uncertainty, will China risk hostilities with India in 2021?  China will escalate the situation only if victory is assured. The combat record of PLA in Eastern Ladakh is not great. Any reverse will be totally antithetical to Xi Jinping’s ambitions for life. Is this the time for a strategic pause?

Contra Push Effect Gaining two fingers along Pangong Tso has cost China a lot – apps banned, contracts lost, public antipathy et al. India continues improving its border infrastructure. India’s military rebalancing and capacity-building gives it an offensive capability, which it did not have before. Resumption of hostilities in Eastern Ladakh could push India further towards the USA. Even worse, India might start investing in Tibet, Taiwan and Xinjiang along with USA to imbalance the periphery. In the long term, an aging China will have a rising young India as an adversary. Will that be the geopolitical legacy which Xi Jinping will want to leave behind?

QUAD and Indo Pacific Strategy The recently declassified U.S. Strategic Framework for the Indo-Pacific talks of India counterbalancing China. Also, the new US coordinator for the Indo-Pacific  talks of   deploying low-cost and asymmetric capabilities like long-range conventional cruise and ballistic missiles, unmanned carrier-based strike aircraft and guided-missile submarines to counter China. Further he also opines that USA disperse its forces across Southeast Asia and the Indian Ocean and reduce American reliance on a small number of vulnerable facilities in East Asia. He seems to be looking beyond QUAD. These moves even if implemented partially, will force China to rethink and rebalance. The new US policy will unfold shortly. Over all, it will have to contend with a double rebalance along the Himalayas and the Indo- Pacific.  In such conditions will China get sucked into an escalatory firefight with India or seek to gain its own balance?

Economic Stability Presently, no country is economically stable including China. Any kind of military action will be very detrimental to any economy. China is no exception. If anything, China’s economic  pitfalls – debt, demography and export dependency might get amplified by the twin effect of hostilities and the virus. It could be catastrophic to Chinese global ambitions. Any recurrence of hostilities implies permanent closure of Indian markets and its likely emergence as a major competitor. There are indications to this effect already. The way India has tackled the Virus and its emergence as a major vaccine hub will have economic and diplomatic second order effects which cannot be ignored.  In such conditions will China, which takes long term views, get committed in hostilities with India?

Lack of Allies Last year when China undertook its offensive, Pakistan was in a far better shape than now. The Pakistani economy is plumbing new depths and its internal politics are highly disrupted. Afghanistan is coming alive to add to Pakistan’s woes. Pakistan is now a burden on China. Additionally, moves in Nepal, Myanmar, Sri Lanka and Bangladesh are not going as per Chinese copybook. Further, Indian vaccines give new leverage to India in its neighbourhood. Hence China might not have any allies in its quarrel against India. On the other hand, India might have support forthcoming from a variety of nations through its vaccine heft.

Surprise Chinese sprang a strategic surprise on India in Eastern Ladakh. That element is not likely hereafter. India is ready and waiting for a Chinese move. On the other hand, China might itself be surprised with a quid pro quo move.

Experience PLA is proven to be short on experience. It may have gained some experience in handling frigid conditions. However, it has not tasted fire. Chinese troops do not seem to be hardy enough and lack motivation. Also, any offensive move could result in a counter move like that of Kailash Range. The realisation that they have a weakness at the cutting edge should force some head scratching. The Indian soldier will win the day hands down. PLA could be lacking the confidence of success and that will play on their minds.

Destabilisation of Tibet and Xinjiang Continued hostility along borders induces instability in adjoining areas. Such instability has been endemic to India, which is used to it. That is not the case with China. Instability in Xinjiang and Tibet will be very costly for China. It opens up asymmetric options for India and the USA irrespective of the fact whether PLA gets the better of Indian Army or not. Is China prepared for that?

Hardening of the Border Consequent to the Chinese mobilisation, India has matched deployment along the LAC and has upgraded its defensive posture. Most shortages are made up. As delivery of Rafales continues, Indian air power will strengthen. Hence China has to commit more resources to achieve anything significant. It will be a case of diminishing returns vis a vis increasing losses. China might not like to commit resources beyond a point it its backyard.

Effect of Loss War is a risky business. In any Sino- Indian situation, the chances of victory are as bright as a loss.  What can the Chinese put additionally on the table to seal victory? Whatever they put should give them success. All forms of threat and coercion have failed. What more? Any loss will have a huge dent on their image. As it is, they do not seem to have come of well after the Indian occupation of the Kailash Range.

The Indian perspective and option is very simple. Remain on the defensive and land a counter punch when the opportunity presents itself. Remain vigilant and do not get surprised. Make China regret if it undertakes any adventurous action. Militarily, we are stable at present to thwart Chinese and Pakistani designs. However, the more important factor is internal political unity. If we are to take on China, the nation must be on one page. We cannot afford the kind of issues like the farmers agitation going on and on. The farmers issues have gone into the background as we see political schisms coming to the forefront. The Pakistanis and Chinese will exploit this situation without fail if they have already not done till now.

This is a period of geostrategic uncertainty. 2021 will see new alignments. The Chinese Virus will continue to haunt our lives for quite some time. China is by no means out of the woods. If things go south in the virus and vaccine war for China, we are looking at an unstable behemoth. Add to it, USA has its stiffest internal challenges since the Vietnam war. Its recovery or otherwise will have implications globally.

In such conditions, we should look at our recovery from the Virus and improve our economic and military outlooks in an integrated manner while being prepared for any eventuality. We should be prepared to handle all eventualities on our own. It will be very difficult for anyone at this point of time to predict as to what China will do in summer. It is also very clear that the factors outlined will weigh in on China. It will be prudent to expect some friction and bluster to continue. It should also be clear that China will not vacate the areas occupied by it. Beyond that it is a wait and watch scenario. Anticipate and act on developments rather than react on events.

All the articles by the author can be accessed @- https://www.gunnersshot.com/