Pakistan: The Sindbad of Modern Times 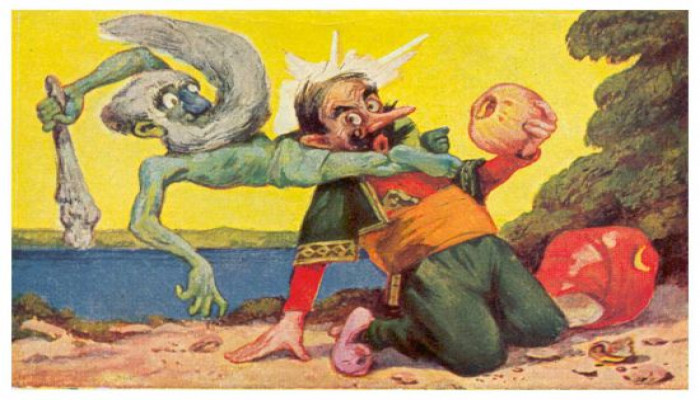 Pakistan has extended an olive branch to India. Pakistan Prime Minister Shehbaz Sharif requested UAE to mediate peace between India and Pakistan during an interview with a media channel in UAE. He has given his “word of honour (what is that?) that we will be talking to Indians with sincerity of purpose”.  He has recalled the three wars with India (forgotten Kargil eh?) and toxicity in ties. He told the interviewer that “we have learnt our lesson (I am sure of that)” and wanted to live in peace. However, his offer is conditional to the resolution of the Kashmir dispute. He wants  “flagrant human rights violations” in the occupied region to be stopped and revocation of the illegal action of August 5, 2019, of depriving  Kashmir’s autonomy.

Every moment in the lifetime of Pakistan has been straight out of the Arabian Nights.  An adventure each night with different actors in different settings. Pakistan’s journey between greedy dictators and weak civilian governments has been one of frontline status, adventurous militarism, jihadis genies, radicalisation, proxy wars, sponsoring terror, imagined power,  drug trafficking, playing midwife to superpowers, selling to the highest bidder, punching above its weight, breaking shackles of slavery, and sleeping with strange bedfellows. Unlike the characters of Arabian Nights who set on an adventure without fear or favour, Pakistan sought military adventure strictly for favour from the highest bidder. It constantly fought others’ battles through the jihadi genies it created. For seventy-five years it has fought the wrong enemy (India)and got defeated repeatedly. It created a radical genie (Taliban) to destroy its own ally (USA). The genies it created – TTP, TLP et al are now destroying it.

Pakistan is the Sinbad with an old man ‘Afghanistan’ around his neck. Till recently, Afghanistan existed largely independently of Pakistan. Once Pakistan assisted the Taliban to break the ‘shackles of slavery’ and put it in power, Afghanistan became the old man around Pakistan’s neck! No one has relations or trade with the Taliban government. However, everything Afghanistan needs goes from Pakistan – foodstuff, fertiliser and dollars. Therefore, Pakistan has to cater to 200+ million of its own population and 42 million Afghans. Pakistan does not have foreign currency to pay for its imports but is being forced to pay in dollars for everything Afghanistan wants and then it is smuggled across at local currency rates. Even worse, there is a thriving dollar smuggling trade from Pakistan to Afghanistan. Now that is what I call an old man around ‘Pakistan the Sinbad’s neck’.

The rest of the Pakistani cast is full of Arabian night characters. To start with there are Alladins like the  Ayub, Zia, Yahya and Musharraf backed by the Army, who impose martial law at the rub of the lamp. Then there is the ISI, their omnipresent and omnipotent genies’ who emerge from the lamp and carry out hatchet jobs on the wishes of the boss. Then there are the multitudes of militarised and indoctrinated Cassims, Morgianas, Zumurruds, and Shahrazads who peddle radicalised terror worldwide with a special focus on India. They are the plethora of hate-spewing and blasphemy-preaching maulanas. There are also others commonly known to us as Masoods, Hafizs and Mehsuds. They keep creating mayhem, killing school children, peddling drugs, seeking power, sharia and autonomy/independence along the Durand Line.

All of them put together have sucked the lifeblood out of Sinbad making it an emaciated voyager. Then there the Bhuttos, Sharifs, Imrans, Junejo’s and the whole murky lot who think that they are the earthly manifestation of Caliph Harun al Rashid and crave power accordingly. These self-entitled elites have captured power in connivance with the Alladins of the Army and will not let go.  The issue is that all of them are on one page a day and on another the next day.

Every page in Sinbad’s diary has a different set of heroes and villains interchangeably. They keep infighting interminably to force changes on the page almost on a daily basis. As a sane Pakistani (a rare breed) puts it – it’s bad enough to have a ship adrift in bad weather near a rocky shore. More ominously, its quarrelling crew members are trading blows rather than worrying about shipwrecks. But the far greater problem is being rudderless. A typical scene out of one of the many voyages before Sinbad’s ship crashes on the rocks to cast him ashore. Pakistan the Sinbad is now shipwrecked and lying in a desert with vultures hovering.

Pakistan’s only national achievement has been to live off others’ money in its bankrupt existence. You will need a magnifying glass to see its foreign currency reserves. Even remittances from abroad have decreased to a trickle.  Exports dried up long ago. Investments are nix. No one is interested in investing in Pakistan. It is dripping in debt to China and the Middle East. Uncle Sam is no more interested in it. No one including the World Bank and IMF is interested in bailing it out despite all the begging errands. Sinbad is experiencing its 13th balance-of-payments crisis since 1988 and is in its 23rd IMF programme since 1958. Ali Baba and his band of 40 merry men have emptied Sinbad’s coffers and left it dry.

Pakistan’s agriculture is collapsing. It does not have the capability to even import fertilisers. What’s more, the waters of the Indus do not reach the sea. It is a water-stressed nation. Climate change will shortly push it into absolute water scarcity. It has become a food insecure nation in perpetuity having to import increasing quantities of wheat progressively. It cannot feed its teeming masses who are multiplying at some of the fastest reproduction rates on earth.

Human development is an alien word in Sinbad’s land where Newton’s laws and scientific education is subject to approval by religious edicts. Power shortages endure despite the bulk of CPEC projects being thermal plants. It has become strategically redundant. The only asset which is left with Pakistan is its nuclear jewels. That is why this Sinbad is now a nuclear beggar. Despite all this, the bulk of this Sinbad’s national energies remains focused upon adventures to check-mate India. In the process Pakistan the Sinbad has finessed itself. This is a story straight out of the pages of the barber of Baghdad.

Where does this Sinbad go from here? If one of the many Aladdin rubs his lamp, the genie will list out options. Before that the genie will tell you that he has gone all around the world and no one wants to help Sinbad out. Pakistan’s ex-uncle Sam has turned niggardly. Its taller-than-the-Himalayas patron is unenthusiastic.

A forever war with India over Kashmir is unaffordable.  The first option the genie will suggest is to make peace and trade with India. That will involve wishing Kashmiris all the best in their endeavours and coming to terms with India, the rising power. Trade with India is their only option for economic recovery. The second option is to mortgage its nuclear jewels to the international watchdogs and seek aid /grants in return. That means Pakistan’s entire atomic program goes under international monitoring and its weapon program is dismantled a la Ukraine in 1992. The third option? The genie does not see one. It means that Sinbad can keep digging deeper into the hole till he comes out on the other side of the earth. It is a long way to go.  By the time that happens in the meanwhile, the latest Alladins – Munirji and his successors would have also followed Musharraf to London/Dubai or Raheel Sharif to Saudi Arabia or Kiyani to Australia or Bajwa to Dubai or to another exotic place for which some Zubeida is already scouting.

In such conditions can India take the Sharif offer seriously?  Of course not. Everything aside, this is merely a ploy for this Sharif to warm the seat till the other Sharif comes in from London. Till then the Unsharif – Taliban Khan is busy torpedoing the Government. This internecine fight is proceeding as per the drumbeat of the Alladin Army. Overall, the seat of power in Pakistan seems to be too hot for any Sinbad to survive. You talk to one Caliph today and by tomorrow he will be in exile and one might have to deal with another Caliph of Pakistan. So, no point talking to anyone.

So, what next? Pakistan, the modern-day Sinbad, emaciated to the bones with the old man Afghanistan permanently around his neck is waiting for some Aladdin to come and rub a lamp and give him deliverance. In the meanwhile, the Ali Babas of Pakistan have teamed up with the 40 thieves to plunder what is left.