One Year Since Galwan: The World view of China 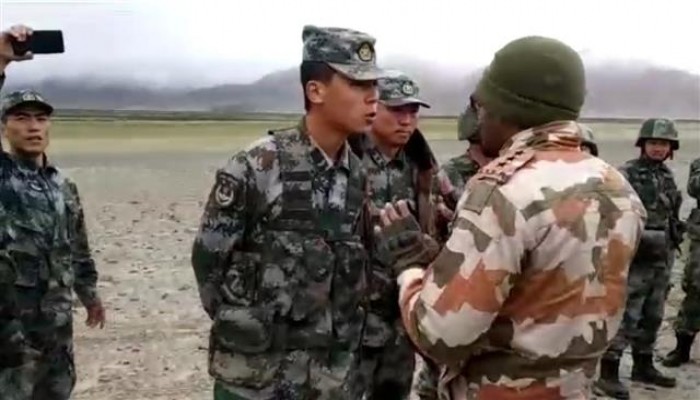 Galwan happened last year. Lot of water has flown in Indus. Sino Indian animosity is ascendant. Beyond doubt, China is inimical to India’s interests in every respect. Chinese hatred of India was evident in the picture of a Chinese rocket at take-off besides a burning Indian pyre. China mocked India during our grief of the second wave. It also ensured that help does not reach India on one pretext or the other. Further, China does not understand another civilisation antithetical to its own in all respects – religion, culture, practices, ethnicities and politics. A singular and homogeneous China and a heterogenous and plural India have no common ground. Indian democracy has strengths far beyond the authoritarian CCP. India is a major threat to China in ways beyond our own self-deprecating and dismissive imagination. George Fernandes once said “China is India’s number one enemy”. We should treat it accordingly.

As we move into the second year of the Chinese pandemic, new equations are emerging. China was projected as a technological, economic and financial giant. The Chinese dream was being rejuvenated through the greatest military on earth. The general belief was that China is the next superpower, set to dominate the world. A reality check is needed. Contrary to popular perception, emerging challenges faced by China are more than the opportunities presenting themselves. People might not agree with me. However, like the Chinese I would like to see things in the long term.

China has entered its historical phase of ‘China vs China’. We need to understand this phenomenon. Historically, one generation of communist China has seeded major problems for the next generation. Mao’s ‘Great Leap Forward’ lead to the great famine where millions perished in hunger. It generated widespread poverty till the next generation. Deng Xiaoping, accredited with opening up China, also started the ‘One Child Policy’. It is now propelling China into a demographic disaster.  Xi Jinping’s ‘Rejuvenation of China’s Dream’ program marked by aggression and assertion has already put the next generations under risk. China’s naked ambition has put it under severe scrutiny, which it had escaped so far. There is a discernible switch from ‘aided’ to ‘impeded’ growth. ‘Cooperation’ has turned to ‘contestation’.  Major fault lines – short and long term - crisscrossing each other have emerged.

Demography South China Morning Post published a series of 16 articles on China’s demography recently. It has not published a 16 series analysis so far in the past two years. This unprecedented analysis indicates the bleakness of the future with no solutions offered. The graph published recently by Renmin University defines the problem. The Renmin University figures are doctored to show the ‘State’ in a good light. Hence the problem is even more grave. China’s population is shrinking irrevocably.  The current fertility rate is 1.3 children per woman, which is well below the replacement level of 2.1.

In just five years, the ratio of working population to non-working (dependent) population will be 60:40 and will continue to reduce further. Working hands which have already reduced from 10:1 to 5:1, will further decrease. The situation, as per many analysts will be far worse. The recently enunciated ‘three-child policy’ is a panic reaction. It is not a solution. People cannot afford to raise one child leave alone three. Girls do not want to get married. The gender ratio is skewed with 30 million unmarried men. Life expectancy has increased to 80. Old people are increasing and social security is inadequate.

China will have to spend phenomenal sums on pensions. Pension funds are emptying and risk running dry. China’s younger work force is decreasing. The middle and old age workforce are not suited for disruptive technologies. Technological superiority is a chimera. China has a zero-migration policy. Hence population inversion cannot take place like it does in USA. Further, even PLA does not have quality recruits. It has already lowered education, height and eyesight requirements.

Look at it any way – reducing population, reducing work force, shrinking pool for high technology, increasing old people, lowered standards for the army, reducing marriages and reducing child births. Combine it with the head winds on the economic front and its increased global footprint. People are the base for any nation. That is irretrievably skewed.

Virus and Vaccines Inefficiency of Chinese vaccines is now admitted by Chinese themselves. This is now proven by a rethink in Seychelles, UAE, Bahrain, Saudi Arabia, Philippines and others.  It also highlights weaknesses of China’s technology. It will have a diplomatic fallout.  The important issue is the internal effect.  The virus is mutating with shorter incubation period, faster transmission, greater virulence and higher viral load.

New mutations are clearly beyond the Chinese vaccines. Chinese people remain unvaccinated. “China is at a very critical moment,” Zhong Nanshan, their top respiratory disease expert, said in a recent interview . “When other countries have been very well vaccinated, and China still lacks immunity, then that will be very dangerous”. The Chinese play book of vast testing, strict movement controls and intense scrutiny of international arrivals will now impede economic growth. The new outbreaks suggest that the virus will circulate in China for long. Look at it from any point of view - economic, technological, diplomatic or political- the law of diminishing returns is setting in for the Chinese. China will not break free ahead of others.

Viral Stigma There is no doubt that the Virus originated in Wuhan. The question is whether it was a natural zoonotic transmission or an engineered one which leaked out?  Was it biological warfare?  The lab leak theory, though based on circumstantial evidence, is getting stronger by the day. There has been no logical explanation about the natural origins of the Virus.

Scientific investigation indicates that something fishy was going on in the Wuhan Institute of Virology (WIV). That is reinforced by the fact that China has sealed all data of the WIV and is refusing to part with any information. China has hidden a lot. Hereafter, whether it is confirmed or not, China will be blamed and lampooned for the origin of the virus – officially or unofficially.

Theories of biological warfare will abound. Chinese secrecy, aggression and attitude will enhance the perceptions. Loss of face in private is assured if not in public. China will carry the cross of this virus to stigmatise future generations. More the denial, greater will be the sticking power. China will be equated to the virus eventually. This will start appearing in all kinds of literature, school and history books. Repercussions will be wide-ranging and well into the future.

Afghanistan The moment of reckoning for China – the wannabe super power, has arrived. Till now China had the insurance of American presence in Afghanistan. That will vanish in September. China has to protect its interests on its own hereafter. It must secure its borders and stop extremism spilling over into Xinjiang. Its $3 billion investment in a giant copper mine in Aynak  must be secured. It has to prop up a failing Pakistan to keep the CPEC and BRI going. It has already established  a military base 12-14 Km from the Tajik-Afghan border and 30 Km from the Tajik-China border in Gorno-Badakhshan province around 2019. It is in the process of constructing a road through the Wakhan Corridor. Chinese commitment in Afghanistan is set to increase in ways unknown. China is coming into the military centre stage wittingly or otherwise. Inevitably, it will have to shed blood to protect its interests. Slowly this military involvement will spread internationally. The military costs will go up and overstretch will commence.

Chinese actions have matched these descriptions in South China Sea, Hongkong, Eastern Ladakh, Paracels, Australia, EU, Taiwan, Senkaku’s, Xinjiang, Tibet, and many more. The Chinese are also attempting to repair their image. Despite that China continues with its arrogant outlook and ideology. For example, China came to an understanding with EU on a new investment pact. It was touted as a diplomatic coup.  EU imposed some sanctions due to severe human rights abuses in Xinjiang. China retaliated with sanctions on some EU politicians and entities. In response, the European Parliament paused the ratification of its new investment pact with China. China has now started shooting itself in its foot. It is a typical China vs China story.

Exclusion Throughout last year the expectation was that China will be isolated. In a globalised and interconnected world, China has created multiple dependencies. Isolation will never occur. That is clear. However, something else is taking shape. The leaders of ‘G7’ (Germany, Japan, France, the UK, Canada, the US, Italy and Canada) ‘Plus’ Australia, South Korea, India and South Africa met recently (11-13 Jun). This is the first major meet of the world’s powerful democracies during the pandemic. The focus was on China, alternate   supply chains and rivalling the Belt and Road. The significant issue is that in a year, two frame works – ‘QUAD’ and ‘G7 Plus’ have evolved from which China has been excluded. The larger implication is that China might see the birth of international systems from which it is excluded and in which it is the main antagonist. China has to swim against the very current which helped its rise. The portents are ominous.

View it from any angle. All the issues which have been highlighted are interrelated and interdependent on each other. They will detract from the Comprehensive National Power of China. Very importantly, China has no control on them. They are autarkic and will run their course in different directions.  Issues related to economics, BRI, pollution, food security, energy security, environment and climate change have not been factored in. Many of these issues were analysed in an earlier article. Everyone talks of a great military, but most of it can hardly be used. This is the great superpower which we will have to contend with.

In a decade our adversary will be old and not rich. I had written about the Chernobyl factor in an article. I am more than convinced that it will come true. The China we see today will not be the China in another five years. China vs China is an interesting battle which is unfolding. India needs to be cognisant of these facts and script a long-term strategy to handle the emerging China.