India at the Crossroads of Geostrategic Realm 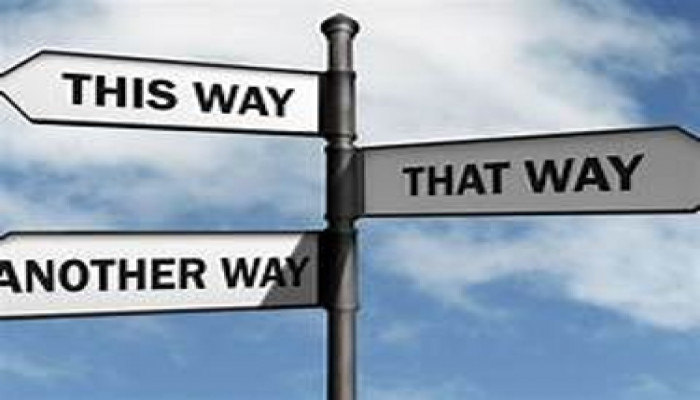 The Indian geostrategic palate is a mixed bag. Our neighbourhood is in turmoil. Our traditional adversaries are getting back to their old tricks. We have just started seeing green shoots of recovery in our external environment. However, internally, we also keep jumping from one crisis to another. Our strategic partners – past and present seem to have reservations about us in perpetuity.  Most importantly we have once again started entertaining thoughts about a bigger say in global affairs. At this juncture it is relevant that we get the whole picture rather than viewing things piecemeal from one event to another.

China is going through a revisionist phase where its economy is flattening but its militarism is increasing predictably and visibly. After having usurped Hong Kong and taken virtual control of the South China Sea, it has turned its focus on Taiwan. Increasing air violations indicate that the next objective of its unfinished agenda is Taiwan.

Their other active areas and unfinished objectives are along the LAC with India. Their intrusions in the Barahoti and Tawang sectors may be temporary but the intent is permanent.  PLA build up in Tibet over the past one year and stonewalling in military meetings reinforce this point. Even our COAS has expressed some concern.

From an economic perspective, just as it seemed that the trade deficit with China was reducing, it has again started increasing. The fact that we can handle the situation is beyond doubt. However, the overall picture is not rosy as China continues to probe and flex muscles.

If one factors in the Chinese ambition and role in Afghanistan, Myanmar and Sri Lanka, as also its unambiguous backing of Pakistan all lingering doubts that China is our long-term adversary will vanish. The ever increasing strategic foot print of a revisionist China clouds India’s skyline.

Pakistan is in a deep hole economically. Food prices, petrol prices, power and gas tariffs are increasing unabated. Their rupee is crossing 170 to the dollar and could touch 180 soon. Trade deficit is up. All this has not and will not stop Pakistan from carrying on with its anti-India agenda with Chinese support. Having successfully put the Haqqani’s in power in Afghanistan, and achieved strategic space, it will turn to India.

Targeted killing of non-Muslims, attempts to infiltrate to create mayhem in the Valley and constant hyping the Kashmir issue are just setting the stage for transfer of surplus fighters from Afghanistan to carry out a Jihad against India. Pakistan will do anything including having a humiliating ceasefire with TTP if it helps its anti-India cause. China and Pakistan know that India cannot be defeated militarily. Hence, they will collude in all domains to keep India enmeshed externally and internally, restrict its role in international affairs and actively impede its rise.

The turmoil in Myanmar continues. Army action against rebels and protesters is increasing. The refugee situation is worsening with inflows into Mizoram. The military has put Aung San Suu Kyi on trial for incitement and corruption. The military has also backtracked on a  five-point plan it agreed to in April with the ASEAN, which is miffed.

Amidst this worsening situation, China has switched from supporting Suu Kyi’s NLD, to start dealing with the military. Negotiations are underway to get  the CMEC going incrementally. China-Myanmar trade Expos are being held.

In September, a Chinese state-owned enterprise signed a deal to begin field survey work for the Kyauk Phyu Deep Sea Port Project. China is also assisting Myanmar with Covid relief. The emerging alliance between China and the SAC is going beyond economics into geopolitics. India should be clear that the day China gets access to Indian Ocean either through Pakistan or Myanmar, it will be a military superpower. Chinese access to the IOR through Myanmar is the worst case option for India. To put it frankly, we are getting outflanked while our focus is on Pakistan and Afghanistan. We need to wake up before it is too late. Myanmar is developing into our Achilles Heel.

Till recently, Sri Lanka had excellent economic and social indicators. Today it is a basket case under a declared economic emergency. Covid has hit its tourism and forex inflows. An unscientific policy to switch to organic farming systems has ruined its tea and agriculture, resulting in severe food insecurity, galloping prices and collapse of exports. The propensity of Rajapaksas’ to resort to debt financed development, even if it is non-productive, has consigned Sri Lanka to a long-term debt trap.

In all this chaos, China has made inroads. While the Colombo Port deal and Hambantota are well known examples, the latest reason for worry is that the Sri Lankan cabinet has approved the  Sinosoar-Etechwin Joint Venture. In this, China is to install three hybrid renewable projects in Nainativu, Delft and Analaitivu, located in the Palk Bay just 50 km from Tamil Nadu. With the Rajapaksa government in a dictatorial mode and the family proximity to China well established, more trouble should be expected.

The situation in Afghanistan is going from bad to worse. Internal violence and bombings have increased with IS -K showing its hand. The Taliban regime is in non-governance ruling mode with the country slowly descending into a dire humanitarian situation. Recognition of the regime is also in recession mode with tales of old time Taliban atrocities seeping out.

As days have passed, the Taliban regime has become more dependent on Pakistan and China. India’s role seems to be even more marginal than before. While it is too early for any tangible results, it is not too early for tangible initiatives. The time for wait and watch is over and we need to make a move, either directly with the Taliban regime or indirectly in conjunction with Iran, CARs and Russia.

In the recent past we have forged strategic partnerships with many countries. We have jumped into the QUAD whole heartedly. That is good in the overall sense. Prominent partnerships are the old one with USA and the budding one with Australia. While there is a lot of hype regarding these partnerships there are reservations also. USA is one basket in which we cannot put all our eggs into despite common interests.

The US ability to ditch partners was recently highlighted the way it ditched France in the AUKUS deal. As days go by, it will emerge that US-Pakistan equation will endure despite the current chill. USA remains dependably undependable. Australia is leaning towards India reflexively only since China has spurned it.

Given the impatience, expectations and reservations in some sections of Australia, it is to be seen as to how this relationship will progress. Russia our old friend is ambivalent with us as we are with them. There are two ways to look at India’s external image. It is an emerging global player with tremendous potential to grow and be a bridge power geopolitically. On the other hand, the image could be one of an inward looking weak nation, which will never commit to any global responsibility or risk but wants to take advantage of the international order at every turn while maintaining a moral high ground.

A bird’s eye view tells us that India is at crossroads where every available route has exciting opportunities, forbidding dangers and compromises to make. The opportunity lies in the fact that international expectation and domestic hope is that India is a global alternate to China. However, the danger is to become a China clone.

Our development models and envisioned progress must be far more inclusive and environmental sensitive. It must be an Indian model based on our ground realities and requirements.  Similarly, our external engagement must be based on what is good for India’s interests and not for being seen as a global aspirant alone.

China and Pakistan will dominate our strategic scenario. While both are aggressively colluding against us, there are enough cracks in their respective firmaments which can be widened to make them look inwards instead of across the LAC/ LOC combination. Similarly, our neighbourhood, while being unstable, presents great opportunities specially in Myanmar and Sri Lanka in their times of turmoil. We have the opportunity to retrieve the situation in Nepal also.

The arm’s length approach on display will simply not do. Somehow our ‘Neighbourhood First’ policy is prominent by its absence. What happened to Vaccine Maitri? It needs controlled revival in the neighbourhood at least. There are more issues which can be thought of in a country specific or subject specific mode. Our engagement with the Middle East, South East Asia and EU needs to be more nuanced.

There is no doubt that India’s vaccination rate has improved and it has started coping with the Virus better than most countries. This fundamental reality has kickstarted our economy. In any case, an economy of billion plus people cannot just be stopped or wished away. The challenge is to take it along the right lines and not let the flame die. We have a strong military which will keep the flag flying and relevant.

Our diplomacy will do what it takes. However, the main issue is that, we will be able to navigate through the strategic crossroads and the challenges ahead only if we are self-sustaining and self-regulating. In the ultimate analysis, it comes down to internal political strength. The strength is not of an individual or of one party but the broad consensus one can generate across the entire political spectrum. That is the missing factor on which India needs to work on.