Fact checking the Fact checkers on UDAN! How selective facts are being used to negate some unique programs. 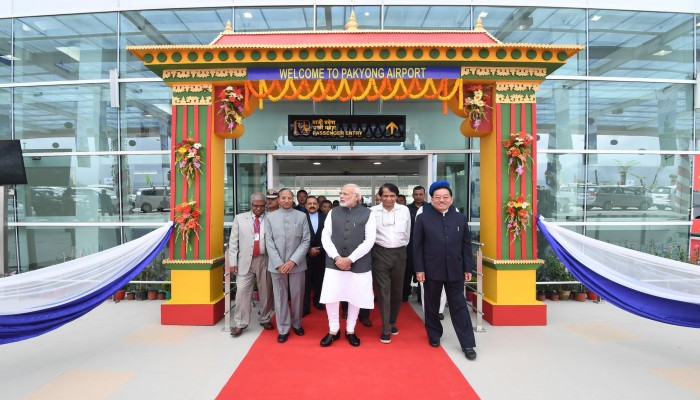 A site www.factchecker.in published an article that another site named www.boomlive.in copied on their site, and then this story started to show up on my timeline because some AAP and Congress members started sharing it. The story is about “Were 35 Airports Built Over The Last 4 Years As PM Modi Claimed?

And the “fact check” concludes that “No more than seven airports were made operational over the last four years, according to official data.”

Now, that’s some disturbing detail. It propelled me to do some searching, and I have found out some very interesting facts (actual facts) that I would like to share. Let’s first take a quick look at the summary of this “fact check” based on various official documents (annual reports and replies to questions in Parliament).

In summary, 7 new airports have been operationalized. The “fact check” sites used PM’s tweet in which he claims 35 new airports were added (exact Hindi word he used was “jhud gaye”). The tweet also talks about how 9 airports per year got ready, since 2014. Let’s get back to this speech later. For now, let’s discuss the search results!

One of the first results I get is based on a reply by the Civil Aviation minister on April 28, 2016 in Parliament, as duly reported here - there are “25 airports across the country … were technically operational but did not handle a single scheduled flight”.

25 airports that are “technically operational” but did NOT handle a single scheduled flight! So that would effectively mean a total of 31+25 = 56 airports that are not being used. The terminology you want to use for this is left to you,  but according to the same official sources that the “fact check” sites are basing their reports on, we had 56 airports *owned by AAI* that are NOT in commercial use!

The next obvious question is if we can find out the list of these airports. Some more searching yielded even more interesting results. As of 2016, India had 16 “Underserved” airports (Annexure 1A). Underserved, as the name suggests, the frequency of scheduled commercial operations is very low.

India has a whopping 398 “unserved airports/airstrips”. Yes, Three Hundred and Ninety Eight (Annexure 1B). What is as unserved airport? Typically it is referred so, if there are no scheduled commercial operations. We have 398 such airports/airstrips! Not all of them are owned by the AAI. Many of these would lie in dilapated conditions for sure. Many of them may just be airstrips.

So an airport that exists can be termed “operational”, and yet not have scheduled commercial flights thus making it “unserved”, or may have extremely low commercial flights, making it “underserved”. Therefore when ministers are asked questions on “List of Airports owned by AAI and the list of non-operational airports”, information pertaining to unserved and underserved will not be provided. If we were to follow only the Parliament speeches, then our base should be 56 and not 31 in the first place.

Let’s take a couple of examples. The airports in Kadapa (AP) and Bhavnagar (Gujarat) are owned by AAI (as indicated here) and are technically operational (because they are not present in this list here), but are “underserved”. Ludhiana and Jalagaon are “operational” airports but are “unserved”. All these airports got included into the RCS-UDAN scheme, thereby increasing the connectivity of residents of these towns. If the “fact check” sites simply did a search for “UDAN scheme” in the Lok Sabha website, they would have come to know that as of Sept, 2017, five airline carriers will operate from 43 airports (12 underserved + 31 unserved).  Regular flight services have begun for 27 such airports (as of June 2018).  As of August 2018, 31 airports have been added to the RCS-UDAN scheme.

Wait, I keep mentioning the RCS-UDAN scheme, but don’t give any details regarding it. Regional Connectivity Scheme (RCS) is a unique and revolutionary scheme that has been introduced by the Modi government. The broad objective of the scheme is that the common citizen of India can fly (UDAN -Ude Desh ki Aam Nagrik). To achieve this (amongst other things) – airports that show commitment shall be included (Page 6, Guiding Principles), irrespective of whether they are owned by AAI. Irrespective of ownership!

So the basic premise of the “fact check” site (that when the Modi government is talking about airports, they automatically refer to the ones onwed by AAI) is fundamentally flawed! Let’s come back to original headline – “Were 35 airports built”?

I heard the speech too. The Prime Minister has said “35 airports have been ready for flying”. Elsewhere, he had also said that 35 new airports were ready. He had also used the hindi “ban gaye” might have led some to believe that he is talking about building airports from scratch. The PMO tweet clearly refers to “jhud gaye”, meaning they got added/integrated.

Should the PM have been more extra careful with the choice of his words? Before you answer that question, answer this: Is this what we want to debate? Would a Prime Minister use simple terminology to explain achievements or the exact legal terminology to sound politically correct?! Would you want to ignore the actual rapid strides we are making in aviation - Nearly 120 new routes are operational; nearly 30 airports have scheduled regular commercial flights. In the year 2017, the number of people travelling in flights was more than the number of people who travelled in AC trains! Domestic aviation has been witnessing a consistent month-on-month increase. All this can only point out to a robust economy and an equally robust connectivity – propelled by unique schemes such as UDAN.

Or would you want to haggle over terminology based on limited “fact checks”?