Challenges Confronting the Indian Army in the New Decade 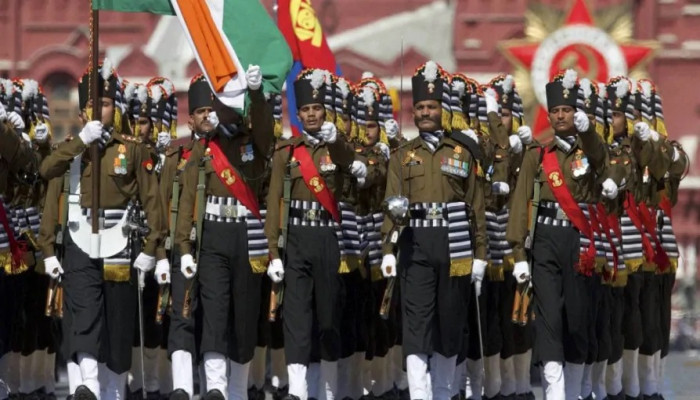 It is a matter of pride to place on record the great contribution that the Indian Army has made in protecting and building the nation. India would not have been the thriving democracy and the rising nation it is but for the hard work and sacrifices made by the officers, JCOs and men who shaped the Army. Tremendous challenges have been overcome by our last bastion, over the past seven decades, to stand proud and be counted as a respected and trusted national institution. As India stands at the portals of global leadership, it is a moment to rejoice and savour successes. Simultaneously, it is also pertinent to look ahead on this day, take stock of the situation and prepare to tackle the challenges ahead.

The foremost challenge which the Indian Army faces is from a Pakistan in toxic decay and a predatory China in decline. The danger is that both these nations are modernizing their militaries and expanding them at an unprecedented pace despite their economic woes.  While the Indian Army is preparing to confront both adversaries conventionally - individually or in collusion, the real challenge is elsewhere. Besides the conventional threat, both pose a major threat through escalated Gray Zone activities along the LOC and LAC with imaginative malevolence.

Indications of the past few months clearly point to the future shape of things to come. Secondly, there will be enhanced friction and confrontation as part of their Gray Zone activities. The challenge is that Indian Army will not only have to respond appropriately to these actions but mount its own actions in this new paradigm while ensuring that a small spark does not escalate into an uncontrolled conflagration. The Indian Army leadership will have to find methods to not only to protect the territorial integrity and sovereignty of the nation but to ensure a modicum of peace prevails.

The Indian Army needs to be modernized to meet the challenges posed by our adversaries across the entire spectrum of operations. Modernization of the Indian Army must also be seen in the context of India’s role in the global order and the necessity to have capabilities befitting a major regional power.

The Indian Army will only be able to modernize if there is conceptual clarity on these issues. Further, its modernization programs have been constrained badly by inadequate funding. Modernization of the Army with contracting budgets to meet future threats through newly adopted technologies is a daunting challenge for the Indian Army and its leadership. There is immense hard work ahead. Indian Army has been behind the curve in force modernization for quite some time now.

In the larger scheme of things there is no alternative to Atmanirbharta for the Indian Army. Historically, the Army has been an import dependent force. Barring islands of success in self-sufficiency, most efforts at indigenization have come to naught or have been bogged down by delays in conceptualization, decision making, development, or production.

The need for a light tank in high altitude was identified early last year. We have full spectrum capability to develop one indigenously in a couple of years. Yet nothing is in sight. We have designed and developed a 155mm Artillery Gun but are unable to produce in required numbers for the past five years.

We have been able to design, develop, produce, and induct a long range guided rocket within a couple of years. However, we are unable to extend its range even when cutting edge technologies are available in India. Indian Army needs major introspection to get over the hurdles of Atmanirbharta.  Unless the Army exorcises the ghosts within, learns to take some risk and drives the system by taking on responsibility to do so, it will remain stagnant, underfunded and poorly equipped. The mental shift to make Atmanirbharta happen is the biggest challenge which the Indian Army needs to surmount. It needs a paradigm change in the thought processes of senior leadership.

Jointness and theatrisation of Armed Forces is an operational necessity at national level. By appointing a CDS two years ago, India took its first but firm step in this direction. However, jointness and theatristaion will not come easy to Indian Armed Forces unless the Army puts its shoulder behind this project. Indian Army must take on the responsibility of its success.

Indian Army is the largest amongst all the Services and in fact dwarfs the other two. The outsize nature of the Army instills a sense of being overwhelmed in the Indian Air Force and Indian Navy even without any intent or effort. It is for the Army leadership to consider and find ways to take the other two Services along the path of jointness.  It is for the bigger partner in this enterprise to take its smaller partners along. The ability of the Army to instill a sense of cooperation and confidence in the Air Force and Navy to achieve theatrisation and jointness will be a significant challenge for the Army in foreseeable times.

As the challenges of the external security environment and India’s commitment in global affairs keeps increasing and becomes more complex, the Indian Army needs to re-evaluate the extent of its commitment in internal security issues and counter insurgency operations. All the Counter Insurgency (CI) problems in which the Indian Army has been involved, have plagued the nation since independence. These problems won’t go away in a hurry.  Many may have come to a pass where a more societal, political, and policing approach will pay better dividends. Moreover, our Para Military Forces have grown, and their capability and capacities have vastly increased. They now have the expertise and confidence to claim to being equal partners to the Army in tackling insurgency and terrorism.

On the other hand, with depleting budgets, modernization requirements and extended commitments in CI duties, the Army is hard put to focus on its primary role to defend the territorial integrity and sovereignty of the nation. The challenge for the Army is to disengage from these internal commitments in consultation with the political authorities and get on with the primary task of defending the nation. The greater challenge is that can the Army divest itself of the ‘half front’ which is impinging on the capacity development and mental fortitude required on ‘two fronts’ in the overall ‘two and a half fronts’ construct? It is time to have an in-depth de-novo examination of the whole issue.

Two recent trends which are largely skirted around need to be squarely faced. In the recent past, retired officers have joined political parties in indecent haste only to become wall flowers.  One has also seen many senior veterans spewing political thoughts of an extreme kind in social media. Such people influence their erstwhile colleagues who are still serving.  There have also been instances where serving officers have deferred to political overtures and have shown a proclivity to toe a political line rather than a professional one.

When a formation starts wishing political personalities ‘happy birthday’ on social media, then it is time to acknowledge the increasing politicisation of the Army. The Indian Army needs to step hard on a brake somewhere. The other trend is the danger of polarization. It will be ostrich like to deny the fact that the civil society is getting more polarized by the day on either religious or ethnic lines.

Our men are from this very society. Most of them are from rural areas and are deeply religious. They are vulnerable to the viral disease of polarization which is incrementally spreading.  The Indian Army enjoys the confidence, respect, and love of the people of India since it is the visible, living and felt example of an apolitical and secular institution as embodied in the Constitution of India. The day this is diluted even by a small degree, will be the day when Indian Army would have let down the constitutional oath all of us have taken. The Army leadership needs to take note of these subterranean challenges which can hollow out the system like termite.

The challenges confronting the Indian army are manifold and complex. It is up to the leadership to come out with a doable road map to overcome these tough challenges. Notwithstanding all other issues, I have faith that an Army with such great values and deep-rooted traditions will be able to collar these issues and come out trumps. After all it is said the tough get going when the going gets tough. My Indian Army is a tough one.

*Republished with the permission of the author.