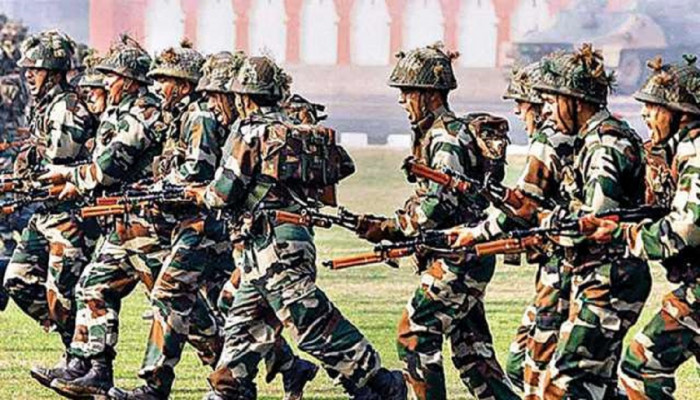 The ‘Agnipath’ is going through a severe ‘Agni Pariksha’. The acid test of any military transformation of such nature must be the effect on the operational ability of our cutting-edge fighting units. If the transformation enables and empowers the frontline units and enhances the security of the nation, then it is great. Otherwise, it must be rethought. From what is available in the public domain so far, the ‘Agnipath’ is on a shaky wicket on two grounds. It does not appear to have met the aspirations of the people who want to join the armed forces. It might not contribute to the better operational efficiency of a unit on the frontline. Let me analyze the latter further and leave the former to the Government and elected leaders to handle. I will concern myself with ground-level operational issues.

I have no doubt that there is a requirement to right-size the Army. There is a need to decrease the age profile. The balance between technology prowess and manpower intensity is skewed at present. These are indisputable.   ‘Agnipath’ or some other scheme to be brought in. “This is the best time to try it out when such (large) shortages are existing. We could recruit a limited number of youngsters for a five-year term and put them through a trial. Simultaneously, the Government must pass rules to ensure that all these youngsters are side-stepped into the society in responsible posts/jobs with a reserve liability for at least ten years with a dash of annual refresher training thrown in. Unless the intake and exit models are balanced, this concept will result in a massive failure like any other open-ended idea. We need to evolve into a balanced option over a period of time through informed open debate and thought. Let us not burn the rope from both ends”. I stand by it.

The VCOAS has stated there will be 50% Agniveers by 2032. Hence my modelling which I had published earlier is officially confirmed. If that be so, eventually, there will be 75 % Agniveers in the Army.  In 2032, when the 50% mark is reached, each subunit will have one experienced soldier for three inexperienced Agniveers. Only 25% experience, progressively going down to 15% in a sub unit. (see table). Further, every six months 4-6 Agniveers will come in and 3-5 will go out. A turnover of 10% every six months in a subunit! What will be effect on team spirit and bonding in such a churn. Very importantly all these Angiveers will be competing for retention. An iota of common management sense informs us that intense cut-throat competition is the antithesis of bonding. A word about Low Medical Categories. Most of the LMCs in the new dispensation will be in the experienced lot. This will further degrade the ‘battle fit’ experience needed at the unit level to guide Agniveeers.

Further, all these Agniveers have to be constantly assessed. Who will do it in a situation where there is an acute officer shortage? The shortage of officers already forces an officer to look after two subunits for extended periods with permanent incumbents being away on courses, leave and other duties. In such conditions can JCOs do that assessment? Very doubtful. Currently, our system does not assess a soldier till he becomes a lance naik. We are switching to a 100% formal assessment model which we do not have! In nine months from now, we need an assessment model which has to be above board, fair and legally sound. Is it feasible? Also, imagine the load we are adding and the effect on fighting capability at the unit/subunit level. Let us not have doubts. Legal issues and complaints will crop up due to this change. Every ‘Agniveer’ who is part of the 75% rejection is more likely than not to put in a Statutory/Non-statutory complaint on unfair assessment with some lucid and distorted stories which cannot be defended legally.  Our Army Act, Rules and Regulations will give him that fundamental right. Our subunits will only be defending these complaints instead of training for war! Do you think I am wrong? Let the AG and the MS branch come out with statistics on this issue over the past ten-year period. It will be an eye-opener to the uninitiated.

Well, the issue gets compounded by the fact that Agniveer recruit training is being reduced by half. That is dangerous.  Let me explain through the Artillery example. On recruitment, a boy is imparted basic military training to make him a soldier. Then he is taught about a basic gun like the 105 mm. After that, he goes into a unit where he will have to learn to handle about sophisticated equipment like Brahmos/Pinaka/Smerch/M777/Vajra/Bofors/Dhanush depending upon which unit he goes to. In this three-stage process, he has to transform from a 10th pass village boy to the mental outlook of a soldier in a ‘lean and mean’ Army. It is time consuming parallel process. It takes more than a couple of years for this all-round transformation. Even officers, after 1-4 years of pre-commission training, go through a Young Officers course for six months before they are given major responsibility or are allowed to be Gun Position officers.  A similar routine is followed in all Arms and Services. This gestation period is inescapable and almost incompressible. It still takes nine months to produce a baby. That has not been shortened with AI, Cyber and other earth-shaking technologies! This is also not to decry that young officers or soldiers have not performed or are less brave or are less loyal. They have always risen to the occasion despite not being fully trained. However, analyse any battle. In such circumstances, these brave young officers and men have borne the brunt of casualties. That can be so on extreme occasions and not the norm. Hence are we being fair to them to put them and the nation at risk by exposing them to the enemy when they are not fully trained or mentally developed to handle battle stress? Overall, is this the Army that is being visualised? Inexperienced and not fully trained at unit level? Will it be fighting fit at unit/subunit level? If the answer is yes, then I have no further questions.

From available information, this scheme will result in the UHQ enrolment being scrapped. It means sons of our soldiers cannot join the Armed Forces or units of their fathers and grandfathers anymore. It was my proud privilege to command a Rajput unit in Artillery in which second and third-generation soldiers were a norm. When I was the commanding officer, Battery Havildar Major Nathu Singh requested me one day “Sahab, my son is joining our unit. Please do not send him to my battery. Let him earn his spurs in another battery”. One senior JCO of a battery was a third-generation soldier. Anyone with a fundamental degree of regimentation should know what this means to the unit ethos, spirit de corps, and tradition. Let me put it upfront, more than my capability, it was the upbringing and unit ethos that made a General out of me. I am sure more Generals and other officers will have similar stories. That is what makes the Indian Army, Air Force and Navy the last bastion of the nation.  Are we destroying this fantastic intangible which is a great force multiplier? If we are not. I am OK.

Now that a decision is taken on the Agnipath, those at the helm of affairs – political, bureaucratic, and military need to find ways to attend to these challenges and take the scheme to its logical conclusion with suitable tweaks. It is apparent that many of these issues were not foreseen and cannot be wished away. More will crop up. All this is not pessimism but concern. As I said in my last article - the devil is in the detail. The devil cannot be wished away by mere rhetoric on display. Otherwise, we might end up in the deep blue sea.

A ex-marine once said-

“ As an ex-marine, I'll say this: India is the most unrecognized power in the world. Most of the East India Company and later the British Raj was made up of Indian soldiers who were used to control Asia and Africa. They fought in Afghanistan. And more recently in 5 wars with Pakistan. They also fought 2 wars with China, 1962 and 1967. In 62 they were unprepared but in 67 they won against China. Also, 2 million Indians fought in WW2 for the British. And, Indian troops in the UN peacekeeping mission are the best performers during operations.  India also won 1 major mock air force war against the USA during training, some years ago -- surprising us all. Mate! China has no clue what it is taking on. Not to mention the Indians have been fighting wars on and on for centuries."