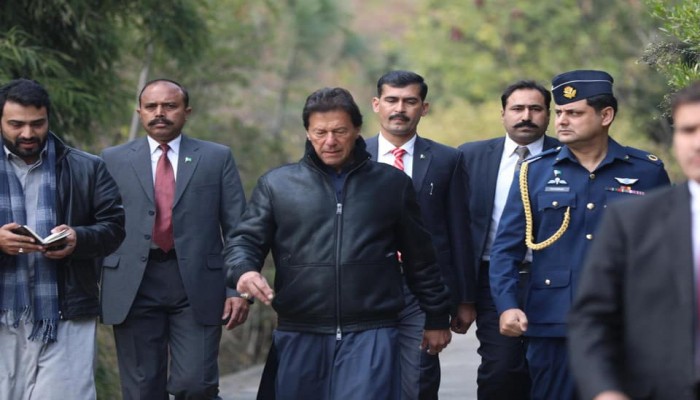 Pakistan has become listless since India’s air strikes on the terror camps on Feb 26th. Even before India could officially make an announcement, Pakistan’s ISPR twitter handle lashed out at India for violating its borders. Since then Islamabad has been taking umbrage of falsehood and lies. Dismissing Indian claims of inflicting damage on the Balakot terror camp, Pakistan chose to belittle attacks by Indian air force. Indeed, they frivolously remarked, except for loss of vegetation and few trees Pakistan has suffered no damage. Some international publications too carried out stories corroborating Pakistani claims.

The Indian opposition leaders who initially hailed IAF began demanding proof of the damage incurred giving ammo to Islamabad. Indian leaders who openly taunted the government sought to know the exact number of casualties. With political discourse getting heating up, IAF provided a high-resolution satellite imagery of the Balakot camp. Unfortunately, technologically challenged opposition parties belied to approve of the wrath incurred by Israeli Spice-200 precision bombs with no visible signs of scorching or any physical damage to structure of the buildings.

While Indian opposition continue to rave, it has been more than nine days to the attacks and Pakistan continues to block access of international media to the madrassa on the hill top. It doesn’t need rocket science to decipher that Pakistan’s madrassa headed by sham Maulanas who doubled up as recruiting and training agents for terrorists suffered irreparable damage.  Cowered at the prospect of international scrutiny Pakistan defiantly maintained and mocked India at missing the targets. But Islamabad’s recalcitrance to providing media access to the affected region had invariably blown the lid off the closely guarded lie.

The saga of trepidations and blatant lies have deepened suspicions of international community towards Pakistan. Pakistan’s communication which is riddled by duplicitous claims is now denting its credibility. At the behest of the deep state, which dictates terms to the toothless civilian government, Prime Minister Imran Khan in his address to India, claimed that Pakistan Air Force shot down two Indian jets and is in possession of three pilots. But within hours, India punctured Pakistani lies with an official statement of one Indian jet being shot down in a dog fight with Pakistan’s F-16 which was subsequently felled by Indian wing commander Abhinandan, who happened to parachute onto the Pakistan side. Islamabad intended to use PoW (Prisoner of War) as a bargaining chip, but under intense international pressure Islamabad was forced to return the pilot within 48 hours of his captivity.

India subsequently dismissed Pakistan’s allegations of downing India’s second jet as figment of imagination. Also till now, Pakistan has failed to produce any video footage to substantiate its claims. In the meanwhile, the over-enthusiastic Pakistan media reported that Islamabad had successfully thwarted the combined Indo-Israeli air strikes against Pakistan. Adding heft to the conspiracy theories Pakistani political analyst Zafar Hilaly alluded that his country has Israeli pilot in its custody. Islamabad’s frivolous theories and irresponsible claims have widely eroded its credibility. Hitting a new low with every new lie now Pakistan has inadvertently brought Israel into the Indo-Pakistan hostilities.

Responding to Imran’s promise of “Naya Pakistan” under his leadership would act on the “actionable intelligence” if India provides evidence, India has submitted a dossier of JeM’s role in Pulwama attacks on Feb 28th. Simultaneously, India has shared excerpts of dossier with UNSC members. As expected, Pakistan rejected Indian charges and shot back indicating explosives and vehicle used the Pulwama attack were of Indian origin. The attack was carried out by a Kashmiri.

Contradicting Pakistani government stance and exposing the duplicity of these token measures, Major General Asif Gafoor in an interview to CNN mentioned that JeM doesn’t exist in Pakistan. It has been proscribed by UN and Pakistan and reiterated that Islamabad is not going to do anything under anybody’s pressure. Asif Gafoor’s affirmations stand in sharp contrast to the Pakistan Foreign Minister Shah Mehmood Qureshi’s who admitted that Masood Azhar is unwell to an extent that he can’t even move from his house a week ago. Pakistan’s repeated flip-flops, incongruent and incoherent communication is raising severe doubts about Pakistan’s probity as a nation.

By now it is well established that Pakistan is mothership of terror. Imprints of terror attacks across the world can be tracked backed to Pakistan. Its sham counter terror exercise just days after every major cross-border terror attack has been an eye wash. Pakistan’s balderdash of crackdown on terror is just an empty rhetoric as terrorism is its state policy. To evade international approbation, Pakistan army is mainstreaming terrorists. Conversely, terror outfits are rebranding themselves as philanthropic organisations and carrying out its operatives under new names. In 2018, Parliamentary elections, terror outfits even floated a political party. With Pakistan’s election commission refused to recognise the newly formed political outfit, several terrorists contested the elections as independent candidates to escape international censure.

Thus, Pakistan government claims of seizing control of 182 Madrassas and detaining over hundred terrorists’ stands is just absolutely meaningless.  Coming under intense pressure from India, Iran and Afghanistan that experienced similar attacks by Pakistani terrorists on their security personnel around the same time as Pulwama attacks, Khan pledged to crackdown terror. Accordingly, Pakistan government banned Hafiz Saeed from leading the Friday sermons. But by denying access of the UN team to interview Hafiz Saeed Islamabad has exposed its symbolic tokenism on counter terrorism.

To counter the wanton propaganda of Pakistan, MEA demanded “credible, verifiable and sustained” against the JeM. Taking a dig at Khan’s “Naya Pakistan with Nayi Soch” India called on Pakistan to curb support to terrorists and terror infrastructure. India questioned Pakistan’s intent of propagating “false narratives of the events” and debunked the fictitious stories of Pakistan of downing two Indian jets and demanded the whereabouts of other pilots in its custody. Sending a terse message, India remained undeterred and reiterated its “resolute determination to persuade the international community of the necessity of compelling Pakistan to move beyond mere words”.

With audacious air strikes Modi regime signalled its unforgiving approach towards Pakistan whose ideological pillars have been anti-Indianism and Islamism. But the self-loathing Indian opposition which is running for shelter in the face of Modi’s decisive approach is yielding ground to Pakistan. By singing praises of Imran Khan to the extent of announcing plans of nominating him for Nobel Peace Prize for releasing Wing Commander Abhinandan which is ordained by Geneva Convention, opposition is letting India down. Even the OIC, where Pakistan commands respect as founding member has refused to include Kashmir in the Abu Dhabi declaration. While the opposition continue to rant against air strikes due to their hatred for one man-Prime Minister Narendra Modi, international community which is convinced of Pakistan’s duplicity is extending unequivocal support for diplomatically isolating Pakistan.