Will Bengal give the biggest surprise of the 2019 Lok Sabha Elections for Narendra Modi? 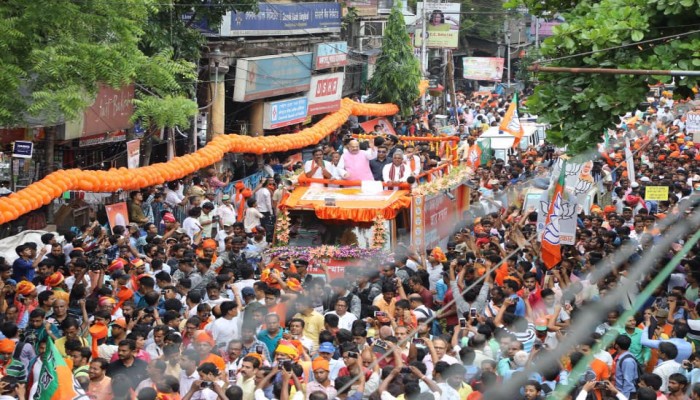 BJP shares a unique bond with West Bengal. The Bharatiya Jan Sangh’s (original avatar of the BJP) founder Dr. Syama Prasad Mookerjee was from West Bengal, was an elected MP and also served a minister in the first cabinet. Since then the BJP has only made minor inroads in Bengal getting a maximum of 2 seats. Previously, they had won 2 seats in alliance but that changed in 2014 when BJP on its own got 2 seats and 17% of the vote share.

Now in 2019, BJP is projected to do far better than 2014 based on many pre poll surveys. The crowds at the rallies of Prime Minister Narendra Modi and BJP president Amit Shah have been huge and have only swelled with every passing day. If this does translate into votes then it will be a tectonic shift in Indian politics. After a long time, the Communists will be displaced by the BJP has the major opposition party in Bengal with the left and Congress fighting for the third place.

Of course, this election in Bengal too has seen violence. And may have alleged that the state authorities have looked the other way as some TMC cadres allegedly indulged in violence. It is a very precarious situation on the ground with the CM feeling the heat and taking one ridiculous decision after the other. After her bizarre statements, we also saw the arrest of a BJYM activist Priyanka Sharma and activist tajinder bagga. The former for a facebook post and the latter on flimsy charges which were later dismissed.

This however shows the insecurity that has crept in into the leadership of the TMC in West Bengal. Whether the BJP gets 5, 10 or even more seats remains to be seen, but it can be said for sure that its vote share will rise significantly. BJP has become a force to reckon with in Bengal, and if 2019 is shaping up to be like this, the campaign for the 2021 state elections will only get more intense