Why are the Lingayats in Karnataka demanding a âminority religionâ status? 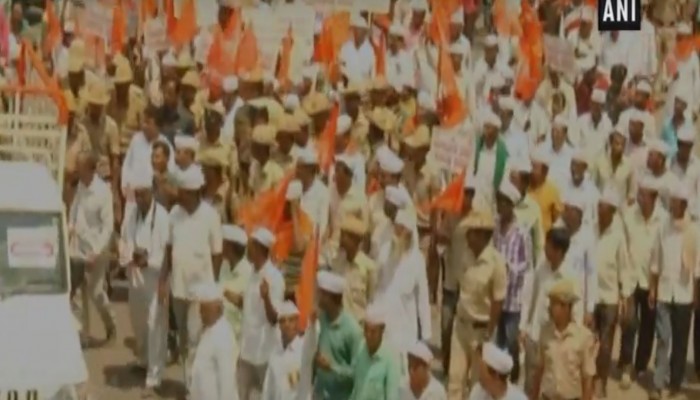 Since a few months, there has been a steadily increasing demand by the Lingayat community in Karnataka for recognition as a separate religion. What started a few months ago with a representation to the State Government then took the shape of public gatherings and now threatens to explode into a full blown agitation.

The Lingayat/Veerashaiva sect started off as an offshoot of the sanatana dharma several hundred years ago, and has always remained so. After the advent of the term ‘Hinduism’ during the British Raj, the Lingayats have been recognized as being a part of the Hindu religion. The same recognition has continued under independent India as well.

While the demand for a separate minority religion status has been in existence for a few decades now, the intensity of the demand has only flared up now.

The exact nature of the demand

What the Lingayats are asking for is an inclusion in the list of ‘religious minorities’ officially recognized by the Government of India. In other words, the demand is for ‘legal’ recognition as minorities, and not in any other way. It is very important to understand the exact nature of the recognition being sought if we are to understand the real reasons behind the demand.

Main stream media, and numerous left-lib oriented online portals, have of course reported extensively on this issue. However, none of them have ventured into detailing the real reasons behind the demand. One article stated that there could be ‘conflicting theological justifications’ behind this demand. Another article explained that the demand shows the anger Lingayats have towards the caste system. Yet another report felt the demand was because the Lingayat approach ‘cannot be equated with the Hindu way of life’.

If any of the above theological or societal reasons are the basis for the demand, then the question that arises is this – how exactly is a Government notification declaring the community as a separate religion going to set right these problems? It is not that a Government of India gazette notification will make it clear to the lakhs of followers the correct theological position of Lingayat-ism. Or does it mean that the Lingayats today are forced to adhere to some kind of caste system, which will magically vanish once a Government declaration is made?

Looking at it another way – if any of the above justifications were the real ones, then the correct authorities to make such a declaration are the communities religious heads! The Swamijis of the numerous mathas could themselves ‘declare’ their community as a distinct one and direct their followers to adhere to the ‘new way of life’.

However, the fact that the entire focus of the agitation is for legal recognition means that the real reasons are completely different.

In Independent India, prior to the current agitation, there have been several communities which have made the same demand as the Lingayats. Most of the communities have failed to get recognized as a minority religion. A few have succeeded. But in almost all these earlier cases, the reasons for the demand have been stated openly and clearly.

There are significant constitutionally guaranteed benefits that are *only* available to minorities in this country.

The biggest of the reasons is the unrestricted right to establish and run educational institutions of one’s own choice, available through Article 30(1) of the Constitution. Read this article in order to get a better handle of the nature of the privileges enjoyed by minority communities, that is denied if you are a majority.

Every other community that has made a similar demand has done so only with the intention of obtaining the benefits of Article 30(1) and other associated constitutional provisions. None of them have done so with theological or sociological considerations.

In 1974, Arya Samaj went to the Supreme Court of India demanding a separate minority religion status. The reasons for their demand were stated in crystal clear terms.

When in 1986, the Rama Krishna Mission, through its institutions, went to the Supreme Court, the questions that the Court had to decide made it very clear what the benefit being sought was.

“1…..claim to belong to a minority based on Ramakrishna religion which was distinct and different from Hindu religion and as such entitled to the fundamental right under Article 30(1) of the Constitution of India , of establishing and administering educational institutions of their choice through Ramakrishna Mission or its branches in that State?

2. Do persons belonging to or owing allegiance to Ramkrishna Mission belong to a religious denomination or any section thereof as would entitle them to claim the fundamental rights conferred on either of them under Article 26 of the Constitution of India?”

Similarly, in 1983, the Bramho Samaj Education Society knocked the doors of the Supreme Court claiming they are a separate minority religion. Again, the reasons were distinctly clear.

“Brahmo Samaj Education Society / Petitioners challenge this procedure of appointing teachers. Petitioners case is that they are a religious minority and a religious denomination within the meaning of Articles 25, 26, and 30(1) of the Constitution”

The above communities failed in their efforts to get the desired classification. Jains and Sikhs, on the other hand, have similarly approached the Courts, and the Government of India, for categorization under the minority list. They have, however, succeeded and are currently treated as minority religions.

In the recent past, the Vedic Brahmin community, the Kodava community and the Sindhi community have also approached the Government of India requesting for minority status, for the very same reasons. The Government of India has forwarded the requests to the National Minorities Commission (NCM) for their opinion. The NCM has rejected the contentions of all of these communities.

Thus, we see that every previous instance of a community trying to garner minority religion tag has been only with the intention of being able to enjoy the benefits of Article 30(1) and associated Articles.

With the above background, it would be interesting to see if the Lingayat community does have any stake in the field of education.

And all it takes to answer this question is some cursory research.

The Siddaganga matha, one of the most important and influential mathas belonging to the Lingayat/Veerashaiva community runs over a 100 schools in Karnataka. They also run over 20 higher educational institutions including engineering colleges, ITI, pharmacy and management institutions.

The JSS Group of Institutions, under the banner of JSS Mahavidyapeeta, belongs to the Sri Sutturu Matha, another extremely important Lingayat/Veerashaiva matha, runs over 300 educational institutions. This includes hundreds of schools and goes all the way up to medical and dental colleges and engineering institutions.

The KLE Education Society is an organization, established and administered by Lingayats, which has over 250 educational institutions throughout Karnataka. From medical colleges to agricultural colleges to engineering institutions and schools, KLE is into every stream of education.

It is safe to say that there are many tens of other mathas and private organizations, built solely on the Lingayat identity, that are into the field of education. The total number of institutions run by members of this community is easily more than a thousand.

With so much at stake, it is a no-brainer that the main reason for the demand for separate religion status is around the unfettered rights to run educational institutions.

The timing of the demand

A few points around the timing of the demand are noteworthy.

The passing of the RTE Act in 2009, and the effective implementation of the same in Karnataka since the past 8 or so years has meant that the Hindu schools have started to feel the choking effects of the draconian law. At the same time, the exemption available to non-Hindu schools from RTE is being increasingly seen as granting an unfair competitive advantage.

Unlike a decade or so ago, the decision to grant minority status to any educational institution is increasingly with the Central Government. The creation of the NCMEI has led to this centralization since 2005. If a school has to escape from the clutches of the RTE, it effectively has to get a clearance from the NCMEI. And the NCMEI grants the same only if the community figures in its list of minority communities. Currently only Muslims, Christians, Jains, Parsis, Buddhists and Sikhs fall in the list.

There happens to be a Congress government in Karnataka and a BJP government at the Center. Karnataka is heading into elections early 2018. Lingayats form about 17% of the electorate and have a decisive say in who occupies the chair. Under these circumstances, the opportunity to exploit the resentment against RTE and numerous other education related laws, and blame the lack of the solution i.e. the granting of the religion status, against the Central government is a perfect electoral strategy. At the least it may cause a division in votes within the 17% and can benefit the ruling party.

The demand for a separate religion status by the Lingayats is centered on one single benefit – that of the right to run educational institutions. The draconian nature of RTE and other laws introduced in the last decade has accentuated the problems faced by Hindu educational institutions. With no changes to these laws in sight, the only way to obtain relief is to get oneself declared as a non-Hindu. This is the basis for the demand – and is only being fuelled further due to the particular political situation in Karnataka.