Why are non-Abrahamic victims mocked at 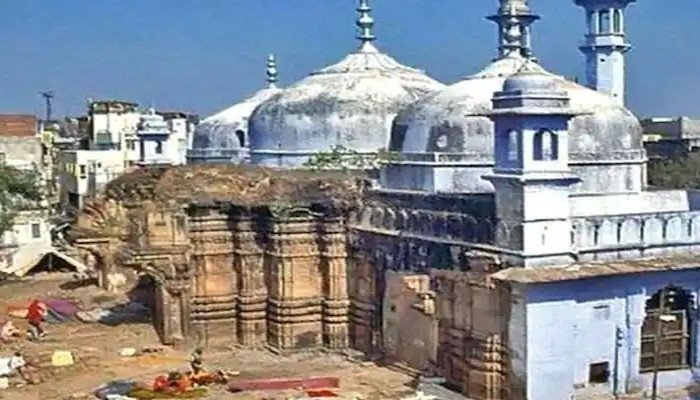 Why has it become so inconvenient to accept certain facts though they stare in face? Why is that certain voices are still muffled in India and denied a reconciliation? Why is that history with an agenda was pushed down the throat despite the primary, secondary sources and the local history had a completely contrary story to say? Why is it that even after centuries of subjugation, the independent India is disallowed to write its own civilisation story based on the facts and well-preserved firmans? Why is a section of a society wary of the truth?

Indeed, a manifestation of this reluctance to face the reality was first witnessed by the entire nation, when the court-directed survey of the Gyanvapi complex was opposed tooth and nail by a section of the society. Denied the right to pray, five women filed a petition in August 2021 seeking to worship the deities of Shringar Gauri, Bhagwan Ganesha, Bhagwan Hanuman and Nandi regularly. Additionally, they appealed that the statues inside the complex are not harmed. The court ordered a videography survey of the complex towards the end of April.

Survey of the Gynavapi complex has brought to fore some inconvenient truths tacitly kept under wraps. Interestingly, while every minute detail of the complex has been recorded in meticulous detail in books the historical records which were like thorn in flesh were conveniently buried. The recorded history was subsequently supplanted with academic works that totally white-washed these incidents.

The white-washed history which served as a vital academic tool was extensively used to peddle a narrative while the local history which is passed over from generations and the physical structures revealed a truth to every discerning eye. Indeed, every Indian who has his ear to the ground knew about the journey of Gyanvapi complex. A deliberate attempt to inject a mosque onto the walls of the temples is clearly visible. But then a section of community fiercely contested this. Disinclined to stir a communal pogrom for decades, the aggrieved party waited for a day of peaceful reconciliation.

Indian history replete of foreign invasions and inhumane plunder of civilisational wealth is a well-known fact. Though the liberals continue to justify these attacks especially on the temples through creative theories, the decimation of the native civilisations by the Abrahamics across the world is an indisputably established fact. Every trace of the pagan culture has been successfully wiped off by the Abrahamics. Right from aborigines in Australia, Aztecs and Incas, Egyptians, Greeks, Romans to the Persian civilisation abutting the boundaries of Indian-subcontinent, indigenous people were subjugated and all their civilisational symbols were annihilated. By and large, the faith of indigenous people who worship nature, mountains, rivers, trees, animals, feminine and masculine aspects of deities referred as “pagan culture” were largely stamped out Abrahamics.

India is the oldest surviving indigenous culture that has withstood the onslaught of these attacks. The inexorable quest for vanquishing the natives, an undeniable attribute of the Abrahamics was very well recorded by the Muslims scholars themselves. Works of Turkic and the Arab travellers who recorded acts plunder and desecration of temples with aplomb, and the generous epithets showered on the idol breakers unmistakably hints at the zealotry and fanaticism of the Islamic invaders.

After independence, though efforts to chronicle these events were thwarted by a secular government, independent scholars still painstakingly compiled attacks on temples. Sita Ram Goel’s- Hindu Temples: What happened to them? puts together details of around 40,000 temples which were either converted to Mosques or other Islamic structures, demolished without a trace of existence and some used as materials for building Mosques.

The Gyanvapi Mosque which is erected over walls of Kashi Vishwanath Temple, considered as the most sacred of the Jyotirlingas stands out for the sheer humiliation that it seeks to evoke. Indeed, the same template was replicated on the Keshava Dev Temple, the Sri Krishna Janamasthan at Mathura. With the very places that symbolise the centuries of faith, timelessness of the civilisation still shackled in the chains of subjugation, how can wounds of the centuries of humiliation be ever healed?

A wounded civilisation can never aspire to be a superpower. The pride and self-esteem in civilisational roots can alone drive a nation to occupy its coveted place in the World. It is incumbent on the people to reclaim their civilisational identities to transcend transgenerational trauma and throes of the centuries of subjugation.

Unfortunately, the Academica and the liberals which are overwhelmingly considerate towards the suffering of the Abrahamics deny the centuries of oppression of the non-Abrahamics. The classic indifference to the pain of the Hindus and abject mockery of their faith and civilisation that flooded the social media in the aftermath of the discovery of the Shivling the Gyanvapi complex testimonies to the same.

Media corps and liberal academic corps who steered the Black Lives Matters and supported defacement, defiling and pulling of all symbols and statues of racism and slavery didn’t bat an eyelid when Hindus are striving to reclaim their places of worship. Their unflinching support to the rights of desecrators is not only puzzling but hypocritical. Indeed, the liberals of the West who jumped in to rewrite the history to put an end to racial injustice suffered by the Africa-Americans are denying the Hindus of their right to reclaim and conserve the remnants of their civilisation.

Justifying the atrocities of the invaders, Hindus right to worship is now sacrilegiously labelled as fascism or majoritarianism. Even as the centuries of the brutality continue to stare in face, they are expected to forget centuries of atrocities suffered and genocide endured. While symbols of invasions, oppression and imperialism are pulled down across every nook and corner of the world to facilitate reconciliation, Hindus are forced to still live through the centuries of gory past. They are expected to maintain a status quo. Even as Holocaust victims are empathised and monuments are erected pledging to never allow any such incident to occur and to immortalize their pain, Hindus who went through barbaric episodes of ethnic cleansing are denied of their lived reality.

Indeed, this despicable insensitivity was out in open when they refused to even acknowledge the presence of Shivling and began denigrating their aastha with an impunity that reeked of a visceral hate. An abominable hate that refused to empathise and sought to rake old wounds. Across the board, the native civilisations had to face such deprecation. Humans embrace different religions, ideologies but humanity and empathy are the connecting bonds that keep people together.

But the intransigence of a section towards Hindu efforts to reclaim sites of faith can potentially throw a scanner into the touted bhaichara. Across the world, there is a new awakening among the indigenous who are standing up to reclaim their history. This resurgence which is now palpable among Hindus is now rebuked. To stem this tide, liberals and the academia are indirectly castigating Hindus and terming Hindutva as fundamentalist. Clearly the burgeoning Hinduphobia and Hindumisia is an attempt to silence to this revivalism among Hindus.

Obscurantist posturing of Abrahamics by seeking refuge in the white washed history can harden the Hindu stance and breed conflict. An open discussion and acknowledgement of facts can offer an amicable solution. More than ever, a sincere apology to the wounded civilisation can go a long way in boosting the self-esteem of this inherently pluralist civilisation. The persistent dogged “my way or the high way” approach can be suicidal.