What Should Be Indiaâs Response To China According to âThe Arthashastraâ? 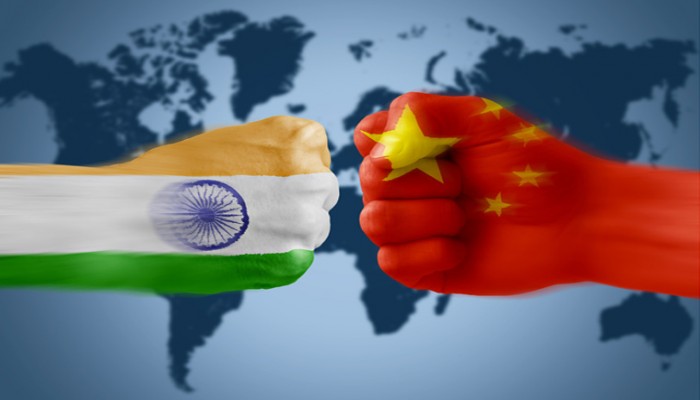 As all of us know about how China has been violating the mutual understanding with India and instead of going back from the hills it has attacked the Indian troops at the Galwan valley in which 20 of our soldiers have martyred. So, let us see how India should respond to China according to the Arthshashtra principles laid out by Chanakya 2500 years ago.

Firstly, let’s have a fair understanding about China and its power which is what Chanakya has prescribed as the very first step while containing opponents. China is indisputably a powerful country in economy it’s 5 times bigger than India and a mighty military power also which even the U.S.A is finding difficult to contain.  But China has having its own problems also which India can take advantage of. Like, it is having a great discontent among its people as there are no personal liberties and civil rights available to them. China is also creating disputes at many places like in the South-China Sea which has turned many nations against it.

But India is not far behind and has the capability to make China think twice before attacking which is why the 40+ years of silence at the borders of India and China after 1967. In 1967 about 450-500 or some say 1000-1500 Chinese soldiers were killed by Indian forces.

Now let’s analyze why China had created such a situations on the LAC currently? To answer this question, we need to go back more than 50 years ago in 1962 when the Indo-China war happened which India lost. The reason for the defeat of India was poor Infrastructure and lack of resources in which soldiers did not even have proper ammunition, {but just 10-12 Indian soldiers who had ammunition with them made battalions and battalions of China helpless at many fronts.} So, after that, China had made highways and airports which made transportation of their troops and supplies etc. wickedly fast.

India too has learnt her lesson and in last 10 to 15 years India’s infrastructure has flourished with Bridges, Roads, Highways and Airports build near the border that has made instant movements in case of an emergence very easy. So, China got alarmed by these developments and is now trying to stop India from completing the roads which have been nearly completed.

In Arthshashtra Chanakya provides very detailed information about how to run a state and the topics ranging from-:

And also, an in-depth analysis about all these topics which was done 2500-2000 years ago but Chanakya hardly leaves any topic of administration untouched and his basic principles are relevant even in present times.

To find a solution for China we need to venture into the Foreign Policy, Defence and War sections of the Arthshashtra.

Chanakya tells about how a king should interact with the neighboring states. He writes that a wise king should make one neighboring king fight another and grow his own power to prevent them from uniting and collectively attacking him, [Ironically, we can see that China is doing the exact same thing by making India and Pakistan fight with each other whereas Chanakya’s own country India doesn’t seems to be following it].

We can also notice that Chanakya says that the enemy of your enemy is your friend, in this context, it can be noted  that China is doing the same by helping Pakistan to send terrorists in India. So, now let’s come to the topic as what should be India’s response to China. So firstly, India should increase the ships patrolling in the Indian Ocean because almost all the trade routes of China to the outside world goes through the Indian Ocean. So, India can make China vulnerable in terms of economic loss.

The next thing which India can do is that China is surrounded with many countries that are against it like Australia, Taiwan, Philippines, Vietnam, etc. and also there is not any prominent country that supports China. So, India can gain support of those countries. India can also revoke the issue of Tibet as it was an independent state for more than 200 years prior to China grabbed it in 1953.

So, as a conclusion India can keep China contained to maintain the peace and tranquility of the world and concentrate on its own progress to surpass China in economic and military capabilities in next 10 to 15 years.