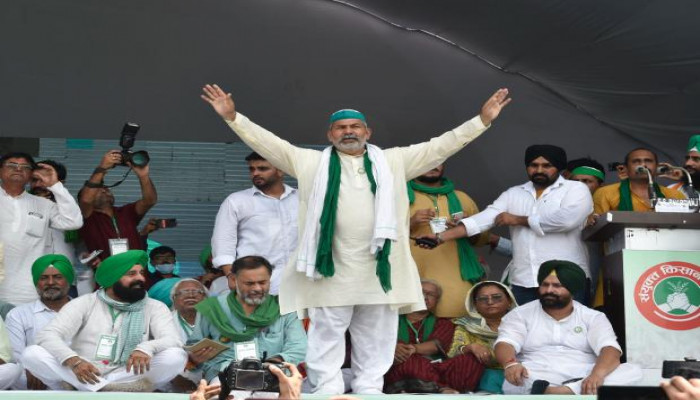 Bharatiya Kisan Union (BKU) leader Rakesh Tikait, on Thursday, said that the farmers' agitation will continue till their demands, including a legal guarantee for MSP, are fulfilled and also until the Centre holds parleys with them.

Tikait said, "In each of the 11 rounds [of discussions with Centre], we discussed MSP. We are not going back on it. The government should implement the recommendations of the Swaminathan Commission and initiate talks."

"We will go to the voters of UP with defeat BJP slogan. It would be better if the Government of India and PM Modi resolve the issue before the Model Code of Conduct (MCC) kicks in," Tikait added.

Tikait also said that BKU supporters "have no plan" to vacate the protest site at the Delhi border just yet.

He also said that the SKM's strategy is to "defeat" the BJP. "We will ensure that they face a boycott in villages, are not able to campaign during the polls. This has already begun in western UP," he added.

Asked about where the SKM sees the agitation heading, Rakesh Tikait said on Thursday that the farmers' union will decide on a future course of action at its meeting on November 27.

"We will organize a tractor march in Delhi on November 29 and another at the national capital's borders on November 30," Tikait added.