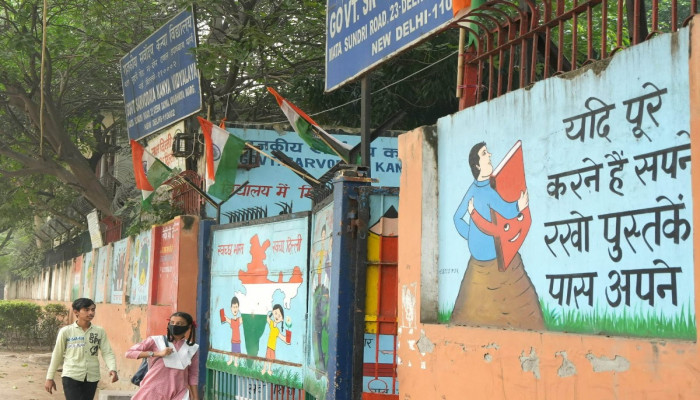 The vigilance directorate has recommended a probe by a "specialised agency" into alleged irregularities in the construction of classrooms for Delhi government schools, claiming it involved a "scam of Rs 1,300 crore", news agency PTI reported on Friday.

A report of the Delhi government's vigilance directorate recommending the probe has been submitted to the chief secretary, news agency PTI reported.

According to the report, more toilets were constructed than the actual requirement. The Aam Aadmi Party has not issued any statement on the matter so far.

The Central Vigilance Commission (CVC), in a report dated February 17, 2020, highlighted "glaring irregularities" in the construction of over 2,400 classrooms in Delhi government schools by the Public Works Department (PWD).

The CVC sent the report to the Delhi government's vigilance directorate seeking its comments on the matter in February 2020. "The directorate however kept sitting over the report for two-and-half years until LG V K Saxena asked the chief secretary to inquire into the delay in August this year and submit a report," a source said.

The vigilance directorate has also recommended “fixing responsibilities" of the officials concerned of the Education Department and PWD who were involved in the "bungling" to the tune of nearly Rs 1,300 crore, they said.