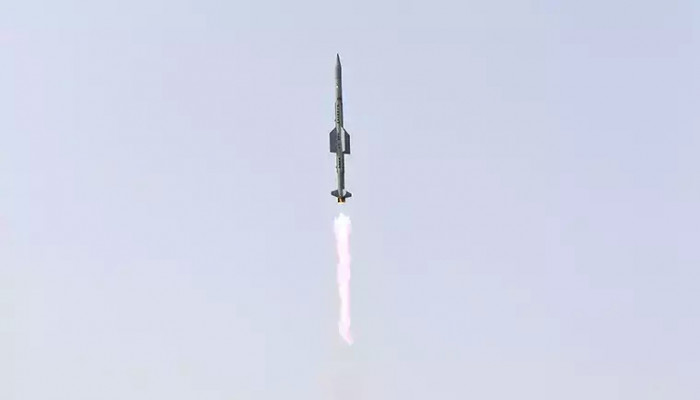 The Defence Research and Development Organisation (DRDO) on Friday announced that India has successfully test-fired the Vertically Launched Short Range Surface to Air Missile (VL-SRSAM) from an Indian Naval Ship (INS) off the coast of Chandipur in Odisha.

"Vertical Launch Short Range Surface to Air Missile (VL-SRSAM) was successfully flight tested today by Defence Research & Development Organisation (DRDO) and the Indian Navy. The launch was conducted from the Indian Naval Ship, off the coast of Chandipur, Odisha," ANI quoted the DRDO officials as saying.

Friday’s launch of the system was conducted against a high-speed aerial target mimicking aircraft, which was successfully engaged. “The flight path of the vehicle along with health parameters were monitored using a number of tracking instruments deployed by Integrated Test Range in Chandipur. The test launch was monitored by senior officials from DRDO and Indian Navy.” said a statement from the Ministry of Defence.

The VL-SRSAM system has been designed to strike the high-speed airborne targets at the range of 40 to 50 km and at an altitude of around 15 km. DRDO officials have said its design is based on the Astra missile which is a Beyond Visual Range Air to Air missile.

Two key features of the VL-SRSAM are cruciform wings and thrust vectoring. The cruciform wings are four small wings arranged like a cross on four sides and give the projective a stable aerodynamic posture. The thrust vectoring is an ability to change the direction of the thrust from its engine to control the angular velocity and the attitude of the missile, an official said.

Defence Minister Rajnath Singh shared some pictures from the flight test and wrote, “Congratulations to DRDO, Indian Navy and the industry for the successful flight test of Vertical Launch Short Range Surface to Air Missile off the coast of Chandipur, Odisha. This success will further enhance the defence capability of Indian Naval Ships against the aerial threats.”

Secretary of R&D at the Department of Defence and DRDO Chairman Dr G Satheesh Reddy said the test has proven the integration of indigenous weapon system onboard Indian Naval Ships, while adding that the VL-SRSAM will prove to be a force multiplier for the Indian Navy. Dr G Satheesh Reddy also hailed the missile system as another milestone toward Prime Minister Narendra Modi’s Aatmanirbhar Bharat mission.