Venkaiah Naidu: A journey from an MLA to the BJP President to India's Vice President 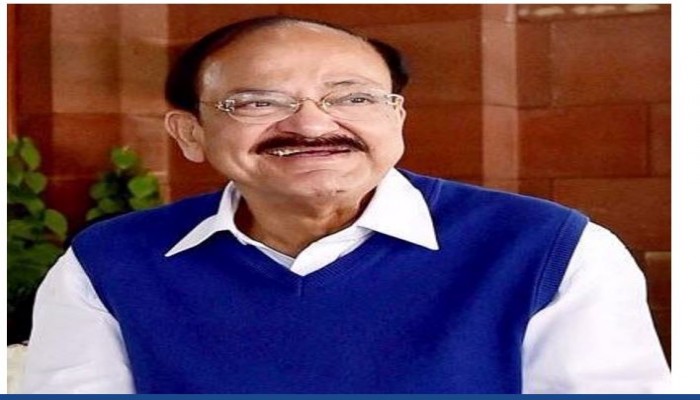 Shri M. Venkaiah Naidu has been elected as the new Vice President of India. Whilst the first impression that comes will be that this is a ceremonial post, we must not forget that he is also now the Chairman of the Rajya Sabha. He is the chairman of a Rajya Sabha in which we have seen perhaps the most vicious and disruptive opposition ever – they will only now up the ante against the chair for every small thing, crying discrimination and intolerance perhaps!

Ordinarily this elevation must have been a cause for jubilation and celebrations in his home state of Andhra Pradesh. However, even some very apolitical persons have seen this elevation as more of the Modi-Shah combination getting rid of Venkaiah Naidu from the cabinet. In V Naidu’s style – people are viewing this as a promotion through demotion! But why?

After the Modi government was sworn in, folks automatically assumed that the special status will be granted for 10 years. But that was never to be. In Fact, very early on in the government, we have received indications that the granting of special status will not be possible, given the various conditions prescribed in the law. Widespread anger slowly started to build, and Venkaiah Naidu was also the target of this anger – his speech demanding 10 years of special status played in the loop continuously on TV channels!

Venkaiah Naidu used to travel around the state, almost every weekend. He used to explain the problems in granting the status, but used to assure that every advantage of the special category status will be given in some form or the other. He used to facilitate meetings of the ministers of state government with cabinet ministers in the central government. He was present at every inauguration, and took any and every opportunity to explain what the Modi government is doing for the state. He sat with Arun Jaitley till late in the night to even announce a special financial package to the state that pretty much covers everything under the special category status.

While he was doing this, the regional media was continuing to deride the central government – constant debates on how the BJP is giving step-motherly treatment, how Venkaiah promised 10 years of special status and went back on it, how Modi is ignoring Chandrababu Naidu etc. etc. Some politicians even bought in the North-South divide too.

All this while, it wasn’t clear to the likes of me if these media folks and people in general like Venkaiah Naidu or not! However, the moment Amit Shah made the announcement, all these folks in unison decided that Venkaiah Naidu was the best thing to happen to the newly formed Andhra Pradesh, and this was Modi-Shah’s way of again giving step motherly treatment to the state.

Even apolitical folks were apprehensive of this move; the constant doubt in people’s mind is that Naidu has been pushed out, and not promoted. He has been pushed out because he is helping Andhra Pradesh a lot, and perhaps the Modi-Shah combination doesn’t like this. Some Telugu channels have run long programs to make this argument. Venkaiah Naidu himself had to give many clarifications on why he was sad resigning from the party, but how he has been honored with the post of Vice President of India.

That said, there are two ways of looking at Venkaiah Naidu’s political career – one as a successful career politician who has held very important posts in the party and the government; two as a not-so-successful electoral leader. The last direct election he won was in 1985. He last contested a direct election in 1996 (a tough one, against Owaisi in Hyderabad). The shock defeat of 2004 was while he was the President of the party, from which it took 10 years to recover! Social media is anyway abuzz with how he has not been a very successful minister so far.

All said and done, his speeches are a treat to hear. His alliterations in Telugu, Hindi and English enthrall large crowds. Come 2019, BJP is definitely going to miss the campaigner in Venkaiah Naidu. However, his presence as the Chair of the Rajya Sabha is a very critical role in these disruptive times – a role he realizes is not going to be a cakewalk! Time only will tell, whether this is a promotion through demotion or an elevation that will benefit the nation.