US pulls out from Troika Plus talks while India joins 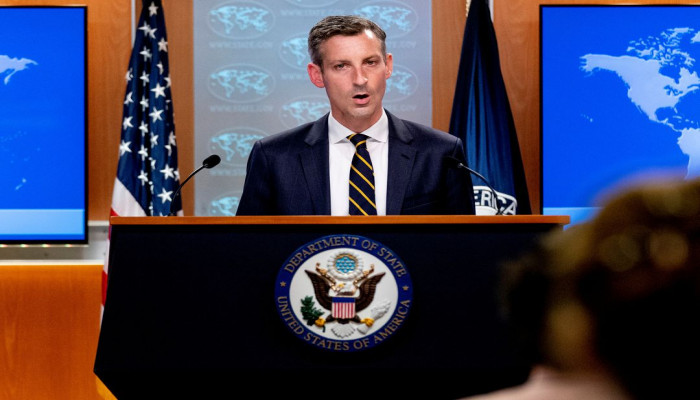 In a press briefing, State Department spokesperson Ned Price informed that the United States will not be participating in Troika Plus talks on Afghanistan held by Russia due to logistical reasons.

He said, "We will not participate in the Moscow talks. The Troika-plus has been an effective, constructive forum.”

He added, "We look forward to engaging in that forum going forward, but we're not in a position to take part this week”, as quoted by Xinhua news agency.

According to the Russian news agency, a delegation of the Taliban will also participate in Moscow Format meeting on Afghanistan. This is also confirmed by Afghan Foreign Ministry's spokesman, Abdul Qahar Balkhi on Twitter. The delegation will be led by Deputy prime minister of the interim Afghan government, Abdul Salam Hanafi.

Russia has been organizing several rounds of the 'Moscow Format' talks since 2017 to address the issues of Afghanistan issues.

Meanwhile, India has also confirmed its participation in the talks that involved Russia, Afghanistan, Pakistan, China, and Iran. Its participation is likely at the level of joint secretary. The Ministry of External Affairs on Monday informed that India has been invited to the Moscow Format Meeting on Afghanistan on October 20 and will be participating in it.

In July this year, Russia had invited India for the first time to the Russia-US-China Troika Plus meet on Afghanistan.

Earlier, India was not invited in these talks which showed that India’s role in Afghanistan crisis was regarded as small as compared to other countries. However, after the Taliban group takeover since 15 August this year, Indian Government has been trying to support the local people of Afghanistan in form of refugees and even providing training to military cadets similar to like Indian military cadets in NDA or Army Training Institutions.