US Presidential Elections 2020: The predicament of Indian origin voters 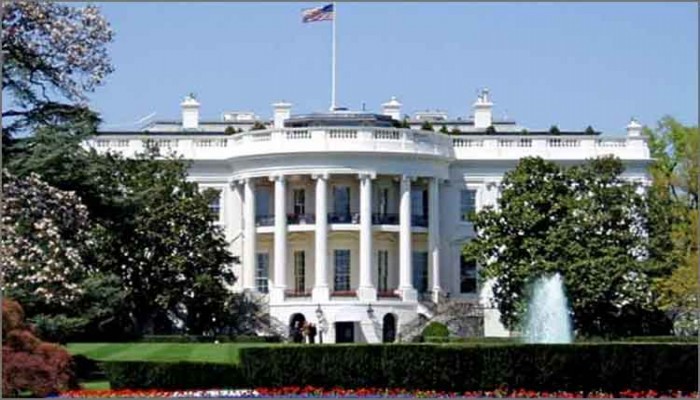 On Nov 8, 2016, Hillary Clinton won the popular vote and lost the electoral college by a slender margin of 70,000 across 3 rust belt states. An analysis determined that 85% of the Indian origin voters voted Clinton and the rest voted Trump. But in 2020 the numbers may tilt even further away from democrats.

For far too long the democrats made no attempt to reach out to Indian origin voter aka Overseas Citizens of India (abbreviated as OCI). Trump specially courted the vote bank by speaking at a function organized by Republican Hindu Council run by Shalabh “Shalli” Kumar, a conservative republican based out of Chicago.  He specifically kept repeating that the Trump White House will be the friendliest one with India and kept making the right noises about the Indian PM Narendra Modi. Living in Georgia, which is predominantly Republican, I found out that most of my Indian friends also voted Trump because he supported Modi and specifically mentioned Clinton was a Modi baiter. These are the same people who voted Obama twice and voted him during the 2008 primaries. In fact, Indians are the only community, candidate Trump did not speak ill about in 2016.  Presumably this careful approach towards India is one thing that Trump got right in 2016.

The democrats do not realize that Indians are most aligned with democratic policies on healthcare, reproductive rights, climate change, taxes, diversity and many core issues that are celebrated in India.

India is the most diverse country on earth with 20 official national languages and home to the largest population of Hindus, Jains, Zoroastrians (90% of world’s Parsis are in India), Sikhs, the third largest Muslim population after Indonesia and Pakistan, home to the world’s oldest Christian denomination ( Malabar Syrian Christians of Kerala since 200 CE). It is also the birthplace of four faiths Hinduism, Buddhism, Jainism and Sikhism.

PM Narendra Modi is more left leaning than they would like to believe. Don’t believe it? India has the world’s largest universal healthcare delivery system Ayushmann Bharat benefitting over 500 million people which was devised by none other than the supposedly rightwing Indian PM Modi. India is also the world headquarters for International Solar alliance, the spectacular climate initiative initiated by Modi. With the maximum number of vegetarians in the world (About 375 million), India is also one of the most environment conscious countries on the planet.

Indian immigrants in the US are by far among the most educated immigrant population and by many standards the wealthiest of the lot. Unlike the Republican leadership we also believe in climate change. Most Indians in the US don’t own guns. President Bush called India the biggest supplier of brain power to America, President Barack Obama has been the first American President who made two state visits to India. President Bill Clinton also facilitated major legal immigration of Indians and quicker Green Card issuance. It’s well known that the top companies such as Microsoft, Alphabet, Adobe, IBM (designate), PepsiCo (retired) and many more companies have had or will have Indian origin CEOs.

Despite so much alignment with the Democrats on policies and issues why is that they seem to be leaning towards the Republicans in 2020? It’s the proverbial monarch butterfly flapping its wings in one part of the country to cause unintended and unwelcome reactions elsewhere.

A friend of House Democrat Rep Pramila Jayapal in the Seattle City Council Kshama Sawant (a socialist per her social media profile) put forth a resolution against India’s Citizenship Amendment Act. The Indian law was passed with full majority in both houses of Indian parliament. Despite overwhelming evidence that it does not affect any Indian citizen irrespective of faith, the resolution condemned India for treating Muslims as second-class citizens. The resolution was passed 5-0. What right does a city in the US have to comment about a sovereign country with 1.35 billion population.  If at all anything had to be condemned, shouldn’t they have condemned India’s neighboring countries Pakistan and Bangladesh for trampling upon the human rights of religious minorities in their countries instead? Why go after India for granting citizenship to religiously persecuted refugees? Following this despicable resolution there was no condemnation by Democrats who claim to represent the India caucus.

Earlier, a similar resolution was tabled against Indian law repealing the Article 370 in India. This time by Democratic Rep Pramila Jayapal from Washington.  While the Democratic leadership has bigger issues on the plate with a crowded field in the primaries and may not have the time to look at all issues, why did candidate Bernie Sanders call out India for human rights violations in Indian state of Jammu and Kashmir? Did he open his mouth when the Kashmiri Hindus were slaughtered like lambs and left their ancestral land to never come back home? Wasn’t he a senator back then? Why does their human rights matter any less? Does the most educated and possibly the wealthiest immigrant community in the US deserve such second-class treatment. Unforgiveable and unacceptable. Therein lies the pity with far reaching implications in Nov 2020. Prejudice against a leader should not come in the way of facts. While we stand shoulder to shoulder with regards to many core issues that democrats support, do not denigrate India. That is a red line that Democrats should not cross. You are not the moral police. While we have left India, India hasn’t left us. Democrats ignore Indians at their own peril. Remember the wafer-thin margin of defeat in 2016? Do you really want it dear Democrats? Think again before rubbing the Indian expats the wrong way. It will not be a pro incumbency vote by Indians by any means but a protest vote against uncalled for interference by the Democrats.