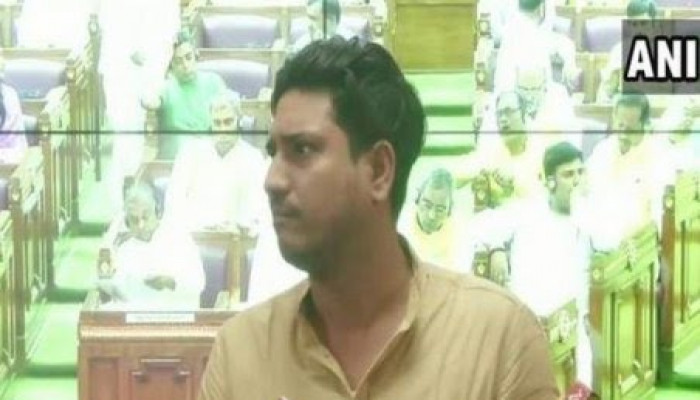 In the run-up to the assembly polls, UP Police arrested the Samajwadi Party (SP) candidate of Kairana constituency - Nahid Hasan on Saturday. The SP leader has been apprehended by the police under the Gangster Act and is sent to 14-day judicial custody by a Kairana court.

The arrest comes after around 2,500 unidentified Samajwadi Party (SP) workers were booked earlier in the day for allegedly violating the model code of conduct and COVID-19 protocol as they reached the party office in Lucknow in large numbers on Friday. They were also accused of blocking the road at Vikramaditya Marg by haphazardly parking their vehicles.

The UP Police had presented Nahid Hasan in a fast-track court in the state. Hasan is allegedly a repeat offender and multiple cases have been registered against him over the years. A massive police force and PAC force has been deployed outside the court to ensure the safe and secure transfer and movement of MLA Hasan. As per reports, Nahid Hasan was absconding and was nabbed by the UP police on Friday.

Reacting to the news of Hasan's arrest, SP supremo Akhilesh Yadav called it a desperate attempt of the BJP to win the coming polls and alleged that the ruling BJP regime is purposely framing representatives from the Samajwadi Party and its allies. Expressing his anguish, he stated, "Cowardly acts like FIR on SP and allies and the arrest of candidates and threats to leaders are showing that BJP is 100% desperate."

Further attacking CM Yogi Adityanath, who earlier in the day declared that he will contest from Gorakhpur and also launched the list of their poll candidates for the first phase of the elections, the SP chief said, "BJP is not winning even a single rural or sub-urban area of UP and is considering only one city seat as safe, but now 99% of urban voters are also against BJP."

The Samajwadi Party MLA from Kairana was booked earlier on January 7, 2019, after a local filed a case against him, alleging that he had duped Rs 80 lakhs in a land deal. Following this, a cheating case was filed against him, and he was sent to jail in the matter in January 2020. Hasan was apprehended under section 420 of the Indian Penal Code (IPC) (cheating).

Earlier as well, Hasan had been booked for driving an SUV without registration by the SDM of the Kairana area. Apart from this, there are several other old cases registered against him.