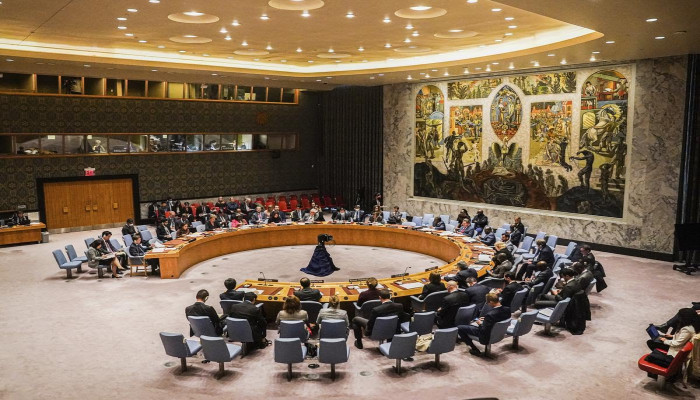 The debate over how to handle a North Korean ballistic missile launch over Japanese territory split an already deeply fractured U.N. Security Council on Wednesday, with Russia and China insisting that U.S.-led military exercises in the region had provoked North Korea into acting.

Wednesday’s session ended with no agreement on the next steps, despite warnings from the U.S. and its allies that the council’s inability to reach a consensus on North Korea’s record number of missile launches this year was emboldening North Korea and undermining the authority of the United Nations' most powerful body, Associated Press reported.

North Korea’s missile flight Tuesday was its longest-range weapons test ever, a nuclear-capable ballistic missile that soared over Japan and had enough punch to reach the U.S. Pacific territory of Guam and beyond. It forced the Japanese government to issue evacuation alerts and halt trains.

North Korean leader Kim Jong Un is pushing to develop a fully-fledged nuclear arsenal capable of threatening the U.S. mainland and the territory of U.S. allies, with a goal of wresting concessions from those countries, some experts say.

Tuesday's launch was the first that Kim has aimed over Japan since 2017. It came within days of a U.S.-led military exercise in the Sea of Japan with allies Japan and South Korea. The exercise included a nuclear-powered U.S. aircraft carrier.

Russia’s deputy U.N. representative, Anna Evstigneeva, insisted to Security Council members that it was the “irresponsibility” of that U.S.-led exercise, along with growing U.S. alliances with partners in the Asia-Pacific region, that prompted North Korea’s action.

China’s deputy U.N. representative, Geng Shuang, depicted the matter as a confrontation between the U.S. and North Korea, and urged a more conciliatory approach by Washington, Associated Press reported.

Wednesday’s session ended only with a vague call for more discussion on the matter. It served as the latest example of a growing polarization pitting Russia and China against fellow permanent Security Council members the United States, United Kingdom and France.