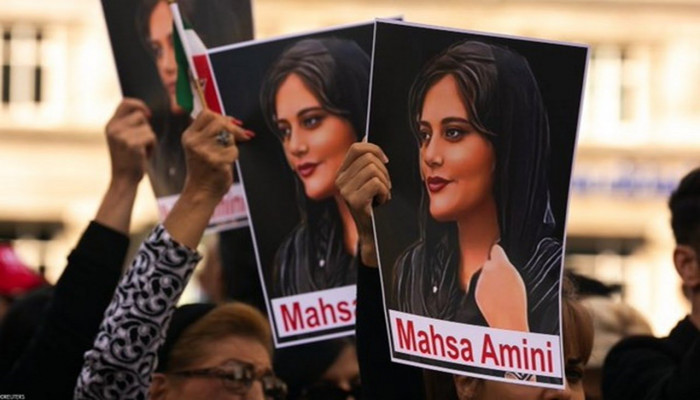 The Human Rights Council has created a fact-finding mission, related to the protests in Iran that began in mid-September and now spiraled throughout the country. This follows calls from UN human rights chief Volker Turk for an independent investigation, UN News reported.

The Council, meeting in a special session in response to the crisis that was sparked by the death in September in police custody of 22-year-old Mahsa Amini, heard Turk criticise "the fortress mentality of those who wield power" in Iran. He insisted that the "unnecessary and disproportionate use of force" must end. "It pains me to see what is happening in the country," he told the packed chamber. "The images of children killed. Of women beaten in the streets. Of people sentenced to death."

The UN High Commissioner highlighted how the security forces, "notably the Islamic Revolutionary Guard Corps and Basij forces have used live ammunition, birdshot and other metal pellets, teargas and batons" against the protest movement as it has spread to a reported 150 cities and 140 universities in all provinces of Iran. Before calling for an independent probe into all alleged rights violations, the High Commissioner noted that his Office had received "multiple communications" from Iran about the episode, "including domestic investigations". These efforts "have failed to meet international standards of impartiality, independence and transparency", Turk said.

Responding to the High Commissioner's comments, Iran's representative, Khadijeh Karimi, Deputy of the Vice President for Women and Family Affairs, insisted that "necessary measures" had been taken to seek justice by the Government, after Amini's death. These included the formation of an independent, parliamentary investigation commission as well as a forensic medical team. "However, before the formal announcement of the probe analysis, the biased and hasty reaction of a number of Western authorities and their interventions in internal affairs of Iran, turned the peaceful assemblies into riots and violence," she maintained.

Also speaking at the Special Session, Javaid Rehman, Special Rapporteur on the situation of human rights in Iran insisted that efforts to silence the protesters in the past week had intensified, including against children. At least 60 to 70 people have been killed, he said, including five children, mostly from Kurdish areas. He also described "alarming" the situation in the Kurdish cities of Piranshahr, Javanrood and Mahabad.

"The Iranian Government has consistently presented unsubstantiated reports and reiterated assertions claiming that Jina Mahsa did not die as a result of any violence or beatings," he said. "In other reports, the Government refutes the killings of children by security forces, claiming that they committed suicide, fell from a height, were poisoned or killed by anonymous 'enemy agents'." Since Amini's death following her arrest by Iran's so-called Morality Police on September 13 for not wearing her hijab properly, more than 300 people have been killed in protests, including at least 40 children, according to the latest UN human rights office information.