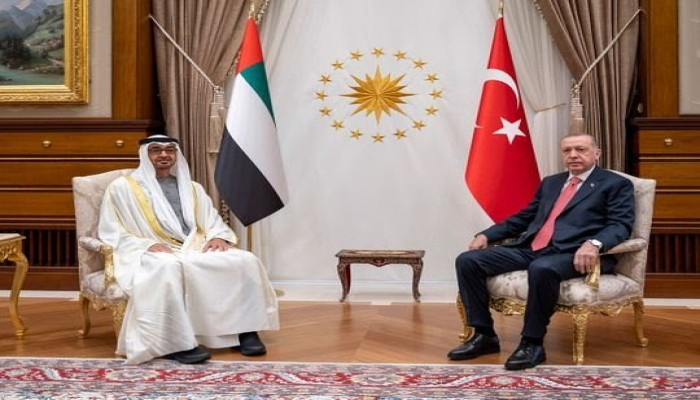 The United Arab Emirates on Wednesday announced the setting up of a $10 billion (around Dh36.7 billion) fund to support investments in Turkey.

WAM said that the move was "to support the Turkish economy and boost bilateral cooperation between the two countries".

It added that the main focus will be on "strategic investments", especially in sectors including energy, health and food.

The setting up of the fund is in line with of the UAE’s approach to strengthen its relations with Turkey in all fields, with a focus on investment to enhance inter-trade and cooperation in new economic sectors that give a boost to the economies of both countries.

The UAE seeks to build tripartite and quartet economic partnerships, with Turkish economy being part of these partnerships, given the great potential and capabilities of the economies of the two countries.

Sheikh Mohammed’s visit was the first high-level UAE trip to Turkey since 2012 and comes a day after the Turkish lira crashed.