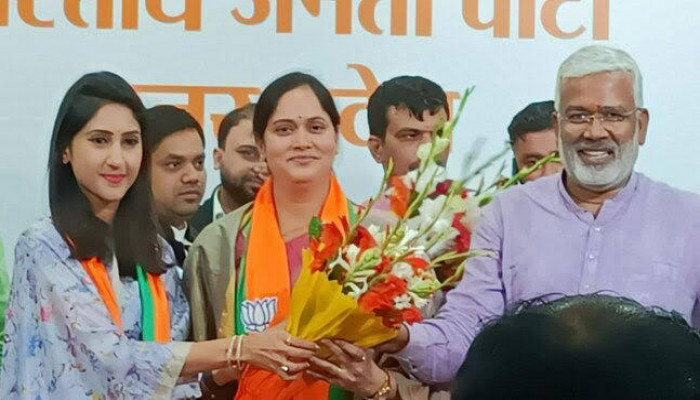 Ahead of polls early next year, two rebel sitting MLAs of Congress and Bahujan Samaj Party joined the BJP on Wednesday. Therefore, now strengthening the ruling party in the two districts where its presence is weak.

Rebel Congress MLA from Rae Bareli, Aditi Singh, who had disassociated from the party some time ago joined the BJP along with rebel BSP MLA from Sigri in Azamgarh, Vandana Singh.

Aditi is the daughter of late five-time MLA from Raebareli, Akhilesh Singh and was seen as a prominent next generation leader of the party. However, she has for long spoken against the Congress and in favour of BJP.

A plea for her disqualification was submitted by the Congress two years ago on the ground that she had attended a special session of the assembly, called by the CM, defying the Congress whip. The party's petition however was rejected by speaker Hridaynarayan Dikshit last year.

More recently, she had criticised UP general secretary in charge from Congress Priyanka Gandhi for speaking against the repeal of the union farm laws.

Vandana Singh, on the other hand was one of the seven MLAs who had been suspended by BSP chief Mayawati last year, for opposing the nomination of the party's Rajya Sabha candidate and also meeting SP chief Akhilesh Yadav during the time. The other six MLAs had joined the SP last month.

BJP had won two of six seats in Raebareli and one out of nine seats of Azamgarh in 2017 polls.

“Both have made a place for themselves and work for the deprived. They will strengthen the BJP to attain an absolute majority in the 2022 Assembly polls in the state,” said the UP BJP chief.