The âYUVRAJâ Of Cricket Retires â The End Of An Era in Indian Cricket! 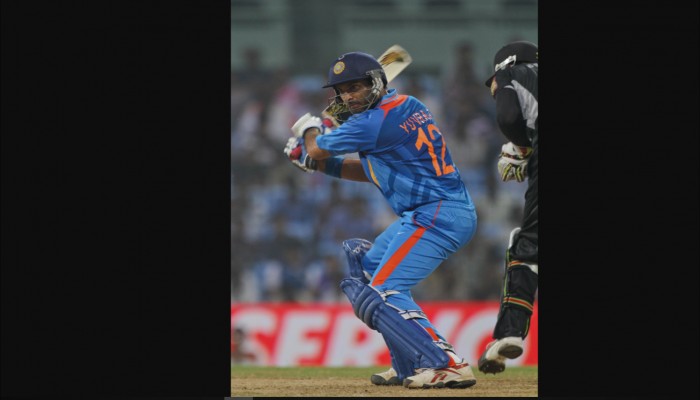 One of the most elegant, effortless hitters of the cricket ball, the man who epitomizes hard work, passion, and flamboyance, the man who starred in India's two World Cup triumphs, Yuvraj Singh has called it a day on an illustrious 19-year career.

Yuvraj was pushed into cricket by father Yograj Singh, a former Indian cricketer and started his career at the age of 14 from the Punjab Under-16s.

In the 2000 Under-19 World Cup which India won, Yuvraj's habit of becoming the Player of the Tournament at big stage started with all-round performance and earned a call-up to the national squad. In the quarterfinal match in the ICC Knock-Out Trophy against Australia, the young Yuvraj won the 'man of the match' for his innings of 84 (80), against a pace attack consisting of McGrath, Brett Lee and Jason Gillespie, and announced his arrival at the world stage.

In the 2002 NatWest Series, he was the Man of the Match in the first match against England. But it was his partnership with Mohammad Kaif in chasing 325 in the final, that saw bare-chested captain Saurav Ganguly wave his t-shirt on Lord's balcony and will remain ingrained in our memories.

2003 was an eventful year for Yuvraj when he secured his place in the 15-man World Cup team and contributed with both bat and ball, eventually where India lost to Australia in finals. The same year he joined Yorkshire and became the second Indian after Sachin to represent the county. In 2003, Yuvraj also made his Test debut at his home ground Mohali against New Zealand.

There were many ups and downs in Yuvraj's career. There was also a time when Dinesh Mongia and Hemang Badani were chosen over Yuvraj in the squad. Yuvraj has seen it all.

Yuvraj was the vice-captain of the Indian team at the inaugural ICC World T20 in South Africa Playing against England at Durban, in a mesmerizing innings, Yuvraj displayed how destructive he can be, when he hit SIX-SIXES in an over off Stuart Broad and in the process, reached the fastest fifty (12 balls) ever in any form of international cricket. India went on to win the T20 World Cup, and Yuvraj was adjudged the Man of the Tournament.

One Test match that is etched in my mind was the 2008 post-Mumbai-Terror attack Chennai test against England, in which Yuvraj scored an unbeaten 85 and put an unbroken partnership of 163 with Sachin to defeat England, the fourth highest successful run chase in history and the highest in India.

Yuvraj had a dream 2011 World Cup in which he scored 362 runs including one century and four fifties, took 15 wickets. He also won four 'Man-of-the-Match' awards and was adjudged the Player of the Tournament. He became the first ever all-rounder to score 300-plus runs and take 15 wickets in a single World Cup.

But what followed the World Cup triumph was undoubtedly the most tragic phase of the iconic cricketer's life when he was diagnosed with cancer. The news came as a big shock for cricket fans in India. The cricketer rushed to the US for treatment, where he underwent chemotherapy sessions, and just like a champion that he is, he hit cancer out of the park.

After Yuvraj's cancer showed full signs of remission, the selectors picked the destructive left-handed batsman and left-arm spinner as part of the 15-member Indian squad for the 2012 World T20. He was also selected for the Test series against England at home. In the India-Pakistan Series in the second T20, he came back to form by scoring a blistering 72 off just 36 balls and made a comeback to India's limited-overs squad and showed his dominance scoring 77 off 35 in the only T20 against Australia at Rajkot.

Yuvraj was the icon player and captain for IPL team Kings XI Punjab and played for several other franchise teams also. He received Arjuna Award in 2012 and also the Padma Shri in 2014.

The rock star was also always in the news for his love life. He was in the news for having a relationship with scores of actresses starting from Kim Sharma, Riya Sen, Minissha Lamba Neha Dhupia, Preeti Jhangiani, to Preity Zinta. The tabloid went frenzy with his alleged relationship with Deepika Padukone when the Bollywood diva was seen cheering for Yuvraj from stands. After so many alleged love affairs, Yuvraj found his soul-mate in actress Hazel Keech.

Yuvraj's last appearance for India came in an ODI against West Indies in 2017 and was last seen on the field in 2019 IPL, playing for the eventual champions, Mumbai Indians.

He will be missed on the cricket field but will always be remembered as the true YUVRAAJ of Cricket.