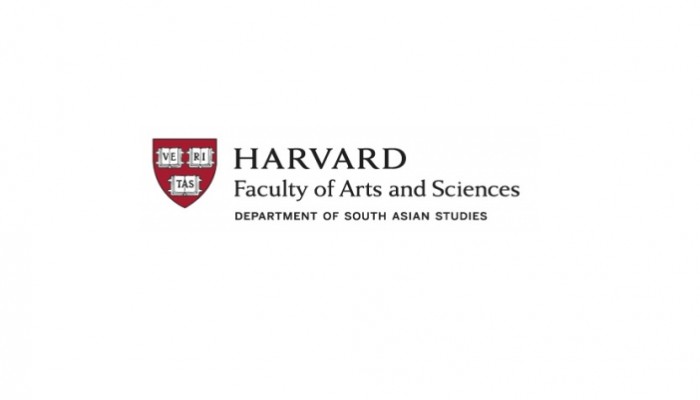 Recently (December 7, 2018), this esteemed portal carried an article by Vijay Kumar, the co-founder of the India Pride Project, a volunteer run organization that tracks and brings back India’s stolen heritage (India has lost more than 50,000 heritage artifacts in recent past).  The article is based on an interview (May 7, 2013) of Wendy Doniger, the Mircea Eliade Distinguished Service Professor of the History of Religion in the Department of South Asian Languages and Civilizations at the University of Chicago.  The article is a classic example of how IPP operates to bring home India’s stolen-looted-smuggled heritage.  Though focus of Vijay Kumar’s article was a ‘three-foot high solid bronze statue of the goddess Parvati from the Vijayanagar period’ that Doniger talks about during the interview, what caught my eyes was a quote attributed to the Distinguished Professor.

“When I went on to graduate school at Harvard, my life as a Sanskritist floated on in its tiny, unstructured paradise: no Ph.D. qualifying exams, no need to fill out long application forms for grants; the relatively few people who applied to go to India were more or less automatically financed.”

Doniger was talking about the process of getting into Harvard’s Sanskrit graduate program in the early 1960s.  One wonders, however, as to why getting into this South Asian Studies program at this prestigious institution and subsequently securing grants and financing was so easy?  Why would a foreign university make the study of some distant culture in South Asia so lucrative for its students?

‘South Asian’ has been an identity marker for immigrants in North America from India, Pakistan, Bangladesh, Sri Lanka, Nepal, Maldives, Afghanistan as well as Myanmar and Tibet.  In its most simple form, this marker represents a certain cultural and historical background of US immigrants from the Indian Subcontinent in general and India in particular.  Post-1947, ‘South Asianism’ in the US emerged as a form of political activism.  This notion of belonging to a borderless larger geographical entity was promoted primarily by the intellectuals, leftists, social workers, writers, and artists to advance the concept of secularism and progressive politics.

However, the history of the emergence of the Departments of South Asian Studies (SAS) in the US universities is disconcerting to say the least.  Their emergence, in the second half of the last century, as the powerhouse of academic activity related to India, was certainly not related to the demand put forward by increasing number of immigrants from South Asian countries.  Nor was it the result of any special friendly affinity of the US scholars towards India, its people, or the Indic Civilization in general. The need for such departments as centers of area studies arose primarily due to political and strategic exigencies of the US government during and after WWII.

One of such political and strategic purposes was intelligence gathering.  During the war, the US government realized its deficiency in knowledge about the world beyond the Americas and Europe.  Government organizations such as Coordinator of Information (COI), Research and Analysis Branch (RSB), and Office of Strategic Services (OSS, the precursor to the Central Intelligence Agency, or CIA) were formed for the specific purposes enhancing the American understanding of these regions as well as gathering intelligence.  Additionally, federal funding for these area studies programs across US was provided through the National Defence Education Act, title VI allocations.

Many of the stalwarts of South Asian Studies departments were the spies of the United States of America working undercover in India (and other South Asian countries).  One such operative was Olive Irene Reddick.  A Ph. D. from Radcliff College, Reddick was an OSS functionary in New Delhi.  She later became the director of the US Educational Foundation in India.  She also ran the prestigious Fulbright Scholarship program for about 14 years.  While on assignment in Delhi, Reddick was aided by another South Asia scholar named Maureen L. P. Patterson.  Patterson is credited with developing the world-famous collection of the University of Chicago South Asia library.

Another undercover US spy working in India was David Mandelbaum.  An anthropologist, Mandelbaum was a professor at the University of California, Berkley, for 41 years where he also founded the Center for South Asian Studies.  Joan Valerie Bondurant, on the other hand made her name by writing a book on Gandhi which made her an authority on that subject.  A University of Michigan graduate, Bondurant too was an OSS operative working in India.  Bondurant had a long academic career at the University of California, Berkley.

It was in 1948 that the first department of South Asian Regional studies became functional in the US at the University of Pennsylvania.  The Carnegie, Rockefeller, and Ford Foundation funded this department that offered courses in geography, linguistics, Hindustani, sociology, etc.  Within the first two years its existence, the department boasted both undergraduate and graduate programs and had an affiliated faculty of 21 academics.

The person behind the establishment of the Department at Penn was W Norman Brown.  The son of a missionary father, Brown spent some time in India as a child where his father was doing his missionary work.  Due to his ‘familiarity’ with India, Brown was given the task of collecting information and preparing repots on various aspects of contemporary India.  Brown too was an OSS operative.

To quote Nicholas Dirks, the Chancellor (2013-2017) of the University of California, Berkley and a South Asia scholar, “the review of the historical and disciplinary origins has suggested ways in which South Asian Studies has been produced in the United States out of a curious conjuncture between Indology and anthropology in the context of recognition of the strategic importance of South Asia and the growing need to educate Americans, academics, and others alike, about a place that was populous but poor, largely democratic but politically fragile, and likely to be of growing military and political significance in a postcolonial cold-war world system.”

The other aspect of the South Asian scholarship in the US, at least in its nascent phase, was the involvement of the missionaries.  To quote Dirks again, “The largest percentage of active academics, according to statistics maintained by the Association for Asian Studies in 1991, were in religion and philosophy. In earlier years these fields were dominated by missionary connections and background.  The Divinity School at the University of Chicago, for example, regularly trained missionaries about to go off to do church work in India, at least up to the point that missionary activity in India began to be controlled and curtailed after Indian independence.”

As troubling as the idea of ‘spy scholars’ may be, involvement of missionaries and their interest in India isn’t less troublesome either.  Their involvement is directly tied to Indology as a field of study.  Philosophers Vishwa Adluri and Joydeep Bagchee, in their ground-breaking work The Nay Science: A History of German Indology (Oxford University Press, 2014) show how the discipline of Indology, as the fountainhead of the modern academic study of India, was rooted in troubling philosophical assumptions that provided inaccurate readings of the culture it was studying. The authors claim that the work of the Indologists was an outcome of Protestant debates over the scriptures. Over time, but consciously, their view states, a Protestant bias was injected and then established in the study of India.  Adluri also suggests that the Aryan Invasion/Migration Theory and the German anti-Semitism are “two sides of the same coin, linked not only in the sense that both ideas emerged concurrently in German Indology”.

That the scholars of these SAS inserted their biases and prejudices while preparing textbooks, of Indian history for example, for high school students in the US is discernible from the long drawn political activism and legal battle for the members of the Hindu American community.  Not only these textbooks were inaccurate in their depiction of Hinduism, they also portrayed Hinduism in a very negative way.

For the most part, these South Asian Studies did not have many scholars of Indian origin.  It largely stayed an American affair.  It was only in the 90s that more Indian scholars were hired in these departments.  Even then “study of India meant that certain Indian scholarly interlocutors became particularly important (e.g. MN Srinivas in anthropology, Rajni Kothari in political science, Romila Thapar in history, and whole host of distinguished development economists)” (Nicholas B Dirks).

Editor’s Note: The picture used is for a larger representational purpose of many Depts. of South Asian Studies- no particular inference to a specific university or program is intended. Image Credits: https://sas.fas.harvard.edu/home 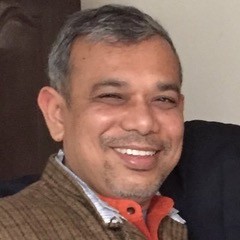