The transformation of Bharat and the Power of One 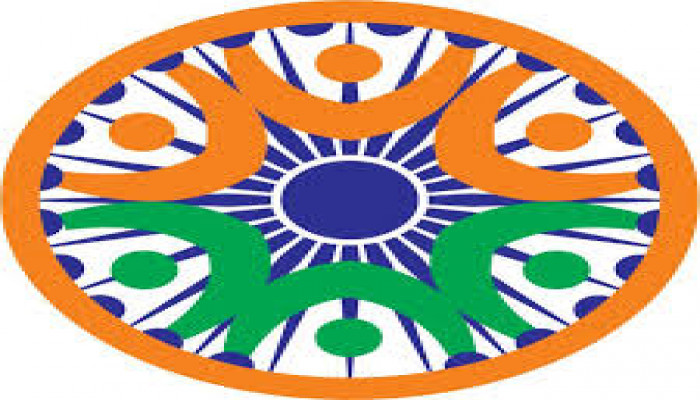 “The war that we, the Indians, are in is a civilizational war. War of existence. If we understand this, lot of what is happening today gains relevance. It is said, those who forget history, are condemned to repeat it.” – I wrote in May 2021.

Through the ‘80s and ‘90s we were witness to certain elements of “Secularization”.

In the late ‘70s, it started. My first exposure, as I now realize, was through the movie “Deewar” based loosely on the story of Haji Ali Mastaan. That he was a criminal was glossed over. What mattered was that he was portrayed as the victim of circumstances a la “Pakistani soldiers did not kill my father, but bullets did!!

Then ‘80s saw me in Gujarat on a posting. I was a witness to the riots. I saw a 4 / 5 storey building in the old city of Ahmedabad on Fire and flames leaping out of the 4th floor. The office co-workers came running to me and told, “Sir, please leave the office – curfew has been imposed”. We tried to brave it out as young officers, but to of no avail.

The Military had been called in by the Government (then Madhav Singh Solanki Government) who did a flag march. Things deteriorated quickly from an Anti-Roster movement into a communal conflagration. Lumpen elements had a field day who created immense and wanton damage of property. Both the communities’ properties were destroyed. Lives were lost.

Slowly situation returned to normal. But every other year there was a disturbance in Gujarat. There were many times, when we had to close the office in a hurry and go home. Somewhere along the route, RSS came in the line of fire in the discussions that we friends used to have.

Later, saw skirmishes and curfews in the city of Baroda, multiple times. A well-known and a senior Professor’s (of peaceful community) properties were also apparently destroyed and according to some sources were done by Hindus but none proved. But the damage to Hindus’ mindset had started.

I have visited Godhra too. A small town of 50,000 people. It appeared on the Guinness Book of World Records for a very dubious reason. One part of the town or other was under curfew for one calendar year – every day of the year consecutively. It also was divided into Godhra and Pakistan. In the latter part, Imran Khan and Javed Miandad were the heroes. Whenever India lost a match to Pakistan, it was a cause de celebration.

I also went to Veravel on a short posting and during my stay was warned by the Hotel Staff not to venture out after dark to a particular shore area as I can either get into trouble or be put into one.

Then Babri Masjid happened. Followed by Mulayam Singh and company. The non-stop appeasement started happening openly. The KHAM formula started by Solanki got modified and applied where needed. It served 2 key purposes- (a) divide the Hindus and (b) not to take up work for the economic development of the country – only do dollops of lip service.

And, in between many bomb blasts occurred especially in Mumbai. The crooks escaped to Pakistan. But many of the crooks who provided logistics support to these attacks were always in Dubai. And our bollywood stars – shamelessly accepted these crooks’ hospitality and the secularization of Bollywood was seriously getting completed.

It continued when I went to study abroad. We, the few Indians, were always individualistic. I saw Indonesians, in particular, taking pride about their country, attending their national functions (with permission). When I broached the topic, the Indian mates responded, “Why bother? Why should we go?”

And then, of course, Godhra erupted followed by riots. And the inevitable whitewash of the criminals behind it through dubious Railway inquiries happened. A sham of an inquiry, if ever there was.

From there on it has been a constant and uphill battle ever since – as by then the secularization of media was all but complete.

Some media houses that served more as ambassadors of Pakistan and its star reporters presented the hunters’ side of the story, were economical with the truth and never bothered with the niceties of something called etiquettes and ethics. The latter two were alien to their DNA. Their actual tagline was, “Truth be damned”. And was adopted by the rest of the media cabal.

We all know what happened during 2000s – repeated bomb blasts, repeated memos to Pakistan and repeated blaming of Hindus.

26/11 happened. We saw the home minister more busy to get his attire right. We knew that some politicians of the then ruling party partied that night. Commandos got delayed because of some approvals. And then we saw a third-rate reporter proudly giving away the positions of Indian defence and what Indian army was doing – making them ready made targets. Not a whiff of apology from this 3rd rate anti-national stringer ever. (As an aside, if there was ever an injustice – it is that this person was never booked for acts that come as close to treason).

Came “RSS ki Saazish” and other nonsense peddled by the likes of ageing politicians and who else but a director from the Bollywood, who became a darling of the sickulars.

For once, India followed what Gujarat did. Elected Modi with a resounding majority. And the delicate veneer of respectability around the Lutyens’ cabal, Bollywood and Chrislamists – all the façade started flowing into the “Ganda Nala”

And then social media happened followed by Information Explosion – that swept off all the information barriers. Yes, millions of false news also came but to those who are discerning readers, they know what is right and what is not. After all, they are the truly educated people who have applied the principles of Education – the ability to discern and differentiate between what is right and the wrong.

Common folks discovered that they were being taken on a garden path that led to nowhere but certainly away from their roots and dharma. And the slow re-discovery process began.

But these patrakaars – who have sold their conscience - (males and females both included) think it is their almighty given birth right to keep whining and complaining about what Modi has not done. Even during a medical emergency like this Pandemic.

For them, glass is always half / quarter or fully empty or better still they see problems in every solution. But, “no sir, we won’t have any compunctions in taking the support of the very politicos who take pleasure in passing out lewd comments on female politicians of BJP”, cry these very patrakaars. For them, a cruel regime in Afghanistan, is more acceptable because the regime there conducted one Presser!!! Nevertheless, in the meantime and before they realize, Modi ji has walked away with the empty glass!!

These people were too clever by half. What we are able to see clearly, in a crystal-clear manner is that the Khambe ka Kachua is going to go nowhere and would never be a PM.

In this entire journey of 4 decades (since late ‘70s), it was not one big event, but a collection of events, event by event, one by one, that opened our eyes to a movement orchestrated by politicians, MSM, the conversion gang, Lutyens’ cabal, the Khan Market Gang and like.

These very fellows wonder and complain why Indians have started rediscovering its heritage, values and culture. They also have come to know that, we the people, now know as to how two to three generations of Indians have been fooled in terms of history, given wrong facts and given a generous dose of distorted history. And very importantly, to their chagrin, they also discover that their readers are becoming Ex-Seculars.

We know that Oceans, Seas, Water currents are made up of billions of droplets of water. That is the power of ONE – a concept that applies more to service industries.

Bryce Courtenay, an Australian novelist described, Power of One as, “above all things The power to believe in yourself Often well beyond any latent ability previously demonstrated. The mind is the athlete, The body is simply the means it uses.”.

To give an analogy, from Forbes, “When a customer is pleased, however, with the outcome of a business transaction, that same customer will repeat his or her buying experience. Whether the transaction was personal or business, the importance is having the event repeated, not just a second time, but time and time again over a period of years.”

Apply this very concept to the common Indian’s voice which has woken up from its deep slumber.

And this woke up the sleeping elephant called the people of India. And when Elephant in this “space” wakes up, starts walking, rest have to give way. And there is no other way.