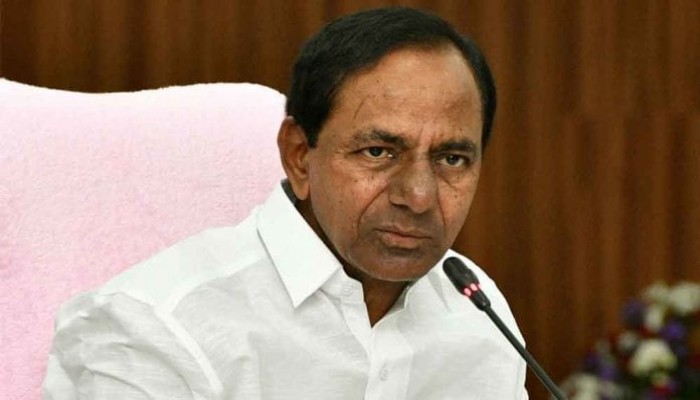 Telangana Chief Minister KCR on March 7, 2020: “Why do we need a mask? Without wearing any masks, me, my ministers, my MLAs – we will all work on the field to combat Corona if at all it comes to Telangana. A scientist told me that all you have to do to chase away Corona is to “use a Paracetamol; and that Corona will die at temperatures greater than 22C.”

KCR on March 14, 2020: “We should not remain mute spectators to Corona. It is a crime if we remain mute. Masks will be needed. Full body suits will be needed. We will obviously give statements that will seek to improve confidence in people and not scare them.”

A mere 7 days after questioning the need for masks and telling us that he thinks Corona will die in temperatures greater than 22C, KCR takes a key decision of shutting down schools, colleges and malls till March 31st. People realized that KCR perhaps has learnt that his utterances were wrong and he is resorting to a much-needed course correction.

KCR on March 21, 2020: “I am requesting the DGP to arrest all the idiots who are criticizing the Prime Minister’s call to clap on the evening of Janata curfew.”

Did you hear a squeak at least from the masqueraders of free speech? Did you see hour-long, day-long, week-long debates in the studios of the usual suspects on this? Would they have maintained the same silence if a BJP corporator made that statement?

KCR on March 22, 2020: “I thank the people for the successful conduct of the Janata Curfew. We are now extending the lockdown till the 31st of March.”

That’s right, he has imposed a lockdown even before the national lockdown was imposed by Prime Minister Modi. His press conference made all the right points – how people have to be careful; how the government is geared up for the fight; and details on what stays open and what stays closed during the lockdown.

KCR on March 24, 2020: “Many people are not following lockdown. In other countries, there have been shoot at sight orders issued. Do we want such a situation here?”

This statement quite expectedly blew up. WhatsApp was agog with messages that KCR had issued Shoot at sight orders. It didn’t even take 20 days from telling us that paracetamol will cure Corona to hinting at a shoot at sight situation and creating a panic like situation! No other CM or central minister has indicated this type of a response, even in passing.

KCR’s subsequent press conferences on March 24th, March 27th, March 29th, and April 6th, were all broadly hailed by the people of the state for being informative, suggestive of what needs to be done, and some dose of humor. A 1500 bed new hospital was also built in record time. The period from April 6th to the next two press conferences on April 19th and May 18th is when it started going downhill for KCR.

His jibe at a reporter who asked him about Wine shops became very popular. His jibes at many reporters for asking “silly questions” slowly started to get boring. He somehow thought offense is the best defense, so much so that he wished that reporters writing negative news should be infected with Corona! You would of course not see the alleged liberals take up this crass statement by an elected CM.

What changed the story for Telangana was the continuous low testing despite an overall increase of the same across the entire country. For many days, the government just wouldn’t even release the testing data. At the beginning of this crisis, we had a “we are not testing enough” chorus being sung by the usual suspects. It is but obvious that testing will not be in the lakhs on day-1. Every single country needed some time to ramp up their testing.

However, as time progressed, while the rest of India started increasing their testing, mysteriously Telangana chose to look the other way. Take a look at the below graph for yourself (sourced from covid19india.org). Notice the flat lines for many days? That’s because the government just refused to release this data.

There has been a total of nearly 78 lakh tests done in the entire country by June 26th. Telangana contributed a mere 75,000 to this. KCR started the fight against Corona saying there is nothing to worry about. Within 20 days, a full lockdown was announced by him in the state, even suggesting a shoot at sight situation. For a very mysterious reason, he decided not to increase testing whilst the rest of the country did it. The low numbers that Telangana saw were touted as a significant achievement. No reporter was allowed to ask the critical question (even in the May 18th presser) on testing. Only after there was widespread criticism across all other platforms, did he decide to increase testing and release the data on a daily basis (as is evident from the curve above).  And with increased testing, the surge in cases has begun, thus creating more panic.

The swinging moods of KCR will remain one of the big mysteries during these COVID times!