The Story of Hyderabad Part 2 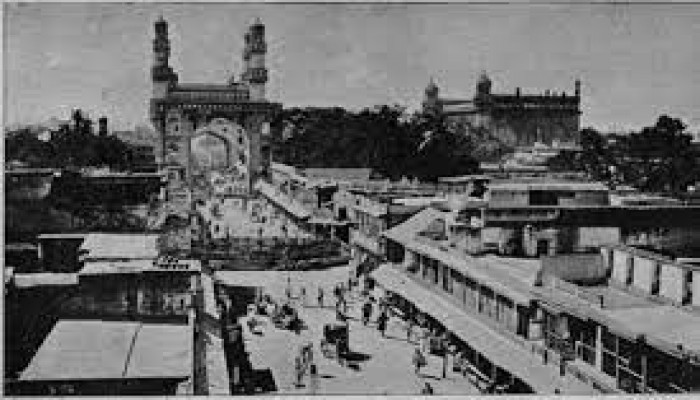 Another problem in the Hyderabad State was the communal disparities and differential treatment of different communities. Muslims were dominant in the State. Of the total population, 20,97,475 were Muslims, 1,33,09,649 were Hindus, 2,20,464 were Christians, and 7,10,946 were others. Even though Muslims constituted 11% of the total population, they dominated government jobs, whereas only Hindus had 20% of them. This was explained away by arguing that the State was an Islamic state, according to Anant Bhalerao, a journalist from Marathwada, in his book Hyderabadcha Swatantrya Sangram Aani Marathwada. Besides, Hindus had farms and land to till, and Muslims had few other sources of income. So, giving them govt jobs was necessary.

There were two main reasons for the waning trends of the Hindu population in Hyderabad State. Religious conversions were rampant in the State. The untouchables and lower castes were induced into converting to Islam by offering bribes. The other major factor was that Muslims from all over India were settled in the territory of the Hyderabad State. Even more egregious was the fact that in the 1941 census, the Hyderabad State official documents showed the Hindu population as 63.5%, excluding the untouchables and lower castes and recording them as non-Hindus.

Even in matters like Sahukari (trading), the Hyderabad State had a communal policy to further a feudal hierarchy. Muslims were systematically favoured. Arabs, Rohillas, and Pathans were brought into the State for the same. Earlier, Nizam himself would take loans from such Arabs and Rohillas. These loans climbed up to Rs 2 crores, and Nizam had to put up a few districts of his kingdom as collateral. When Salar Jung I became Diwan in 1853, he somehow repaid these loans and got those districts back. By then, these Arabs and Rohillas had spread all over the State. When Sir Akbar Haidari was the Diwan in 1937, the license requirement for these Sahukars to operate was removed. This was done to curb the growing influence of the Independence movement among the masses.

The situation of government jobs was worse. The Nizam administration would not let any records see the light of day, and any information had to be obtained in other ways. In 1941, the number of Muslims employed by the government was 1,12,737, and Hindus were 23,368.

These statistics, from Anant Bhalerao’s book, give an idea of the dominance of Muslims in government jobs in the State. This was done on purpose by interfering with the recruitment processes to obtain absolute control over the State. The last Nizam claimed himself to be the heir of the Mughal emperors and had ambitions of attaining unrestricted personal sovereignty. Pursuing this, he made all efforts to resist the idea of democracy and centralize all power with himself.

As mentioned earlier as well, in 1914, he took over the administration by dismissing the Diwan, only to later buckle under pressure from the British and constitute an Executive Council to assist him in administration. But even there, he is reported to have interfered in its functioning, inviting interventions from the British Resident to empower the Council against him. The Nizam resented this control and when the British made it clear to withdraw paramountcy over British India, he saw it as an opportunity to assert his autocracy in the State.

Hyderabad had a Legislative Council consisting of 20 members, of which only 4 were elected and the others were nominated or ex-officio, who served in an advisory capacity. The Nizam actively opposed all attempts to introduce a representative element in the Legislature. It was only in 1946 that a Hyderabad Legislative Assembly was constituted upon the recommendations of the Ayyangar committee. According to the system set up by the Nizam, out of the 132 members of the House, 76 were elected members and the rest were nominated and ex-officio members. Among the elected members, the Hindu and Muslim representation was to be equal, thus keeping the Muslims in a perpetual majority in the Council.

The Majlis-e-Ittehad-ul-Muslimeen and The Razakars

The Majlis-e-Ittehad-ul-Muslimeen, also known as the Ittehad, was founded in 1926 by the Director of the State Ecclesiastical Department under the inspiration of Nizam Osman Ali Khan. It was formed to organize aggressive elements in the Muslim community to strengthen Nizam's feudal rule over the State. After the Government of India Act was passed in 1935, the Nizam Subjects' League was founded to establish a responsible government in Hyderabad. To counter this, the Ittehad functioned to maintain the political sovereignty of Muslims and Muslim culture, with the Nizam at its head, according to their creed.

In 1938, Hyderabad State Congress was formed with the same objective of a responsible government by peaceful and legitimate means and with the motive of national unity. It was banned on October 24, 1938. Its members were arrested and sentenced. Around 400 people were jailed for their participation in Satyagraha. This ban was lifted in 1946 when Sir Mirza Ismail became the Diwan. During this time, civil liberties were severely limited and all popular movements towards democracy were brutally suppressed by the Ittehad, which was left free to continue its most aggressive fascist and communal activities.

By 1947, it was clear that the British were going to quit India and that India was to be divided. In a Firman dated 26th June 1947, the Nizam declared that he did not want to join the Union of India. He claimed that the end of British paramountcy entitled him to declare his own. The Ittehad, with Qasim Rizvi as its leader, made its stance on the issues of accession to India and responsible government in Hyderabad known. A quasi-military organization was founded with those objectives was founded and it held demonstrations in favour of Hyderabad's independence, named the Razakar organization. The Nizam even prohibited the flying of the flag of the Indian Union anywhere in the State.

"The Ittehad and the Razakars constitute a serious threat to the peace and tranquillity of India. Their activities threaten to provoke retaliation from those in India, who sympathize with the unhappy lot of the majority population in Hyderabad. By their constant efforts to appeal to the communal instincts of the Muslim minority in India, the Razakars are trying to subvert the loyalty of the Indian Muslims to the Dominion. The political structure of Hyderabad is the very antithesis of democracy; the Razakar ideology, which dominates Hyderabad, is automatically and irrevocably against popular freedom and democratic concepts."

The Terrorist Tactics of The Razakars

The stated objectives of the Ittehad and the Razakars have been mentioned previously. They were fanatical and feudal by ideology and medieval and fascistic in their operation in Hyderabad State. Their militarist demonstrations were aimed at influencing Muslims and incentivizing them to join their ranks. They also imparted military training in Hyderabad and Secunderabad. Razakars pledged their lives for the cause of the Ittehad "to fight to the last to maintain the supremacy of the Muslim power in the Deccan." Over 70,000 men, women, and children underwent training, 1,50,000 members had already enrolled, and they were fast approaching the 5,00,000 target just between July 1947 and July-August 1948.

The activities of the Razakars were classified in the White Paper of 1948 as the following:

The Razakars were well-funded, and organized, and had their agents in several important organizations and businesses. They possessed ample means of transport (like jeeps and lorries, back when these vehicles were way more difficult to amass), an unrestricted supply of fuel, arms, and ammunition consisting of not just looted and locally manufactured guns, but also modern weapons obtained from Indian territory despite it being prohibited under various agreements.

The Ittehad ran one English daily, 7 Urdu dailies, 6 Urdu weeklies, and the Nizam Radio and used them to attack the Dominion of India and its leaders. Special training was imparted to Razakars in espionage and propaganda. They even trained certain selected Razakars to masquerade as Brahmins and priests.

The Razakars were unsubtle to the point of brazenness in their actions and statements.

"Hyderabad will shortly recover the ceded districts and the day is not far off when the waves of the Bay of Bengal will be washing the feet of our sovereign who will be called not only the Nizam of Hyderabad and Berar but also of the Northern Circars."

"We are rewriting the map of India by bringing together a union of Jamuna and Musi. We are the grandsons of Muhammad Ghazni and the sons of Babar. When determined we shall fly the Asafjahi flag over the Red Fort in Delhi."

As mentioned earlier, the Razakars were inducing Muslims from all over India to settle into Hyderabad State with the express aim to flip the demography of the State and Jihad against the Dominion of India. They called Muslims from other provinces of India refugees, but that was a subterfuge to fool outside observers. Elaborate arrangements were made for these so-called refugees, finances were arranged and training was imparted to these people. These invitees were responsible for a large chunk of the law and order problems that ensued, which included but were not limited to harassing people, looting, extortion, breaking into houses, illegally occupying houses, robberies, and cross-border raids into the Indian Dominion districts.

Several instances of law and order problems were reported by various investigating organizations and individuals. There was sheer panic and terror among people throughout the State. In villages all over the State, the lives of villagers had become so insecure that people fled to other territories of India fearing for their lives. Members of my own family had fled for their lives during this time. Hundreds of people were beaten, wounded, tortured, and even killed. Razakars were seen in trucks openly shouting anti-India slogans and returning with loot from villages. The Hindu population was systematically disarmed so that they could not retaliate with force.

The Nizam's government prevented any investigation into these acts of violence and loot in the State. Yet, these atrocities were attested by many independent observers. Ministers toured villages and testified to the conditions described by the villagers. Photographs of burning houses and villages were obtained. J V Joshi, a minister in the Hyderabad government, toured extensively over the State, surveying the condition of the villages. He resigned upon completing this survey and in his letter of resignation, gave a detailed account of what he observed. He described scenes of devastation, murder, torture, rape, and arson. This is one of the bluntest and clearest indictments of the Nizam and the last 5 years of his reign.

It will suffice by giving only a few examples to show the brutality with which the Razakars perpetrated atrocities against Hindus of the State, which the State police and military observed silently and did nothing to prevent.