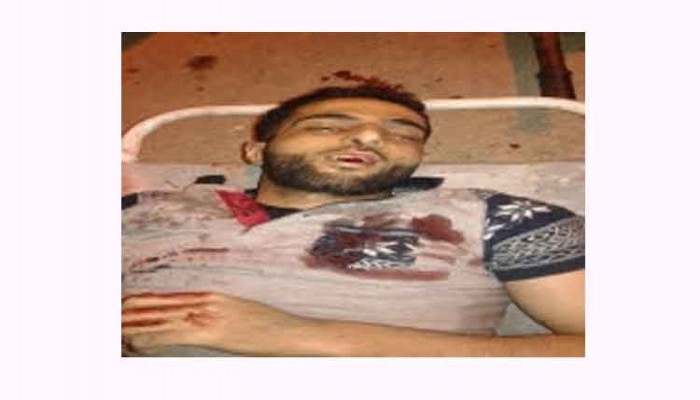 Today, when I was on my way for a meeting, I came across a pathetic headline “Ejaz Lakdawala: Bright student from Bandra school to India’s most wanted” by Hindustan Times. I was not astonished but commiserated with the journalist and publisher for showing their ignorance. This was not first time and certainly this won’t be the last that media is publishing such terrible articles. It is media’s routine exercise.

But why they do that? The answer lies with us but we prefer to stay away because of guilt pumped in our consciousness by this lobby. This section of media is not alone they are standing shoulder to shoulder with their comrades in Bollywood. Bollywood is obsessed with glorifying films unapologetically related on global terrorist Dawood Ibrahim and even Haseena Parkar (Dawood’s Sister) has got herself biographed in movie.

Burhan Wani, commander of Kashmiri militant and terrorist group Hizbul Mujahideen was portrayed as son of school headmaster, who used social media as a weapon of war says the tweet of Barkha Dutt. Secular media allegiance went further when Raghav Bahl’s The Quint along with other known media outlet went to write an editorial on brutal assassination of their Che Guevara of Kashmir claiming him to be a Cricket Fan and Class Topper. Khawar Qureshi, Pakistan’s ICJ lawyer cited an article from same The Quint, while arguing against India on Kulbhushan Jadhav case at ICJ (International Court of Justice).

In Tihar, officials feel ‘tinge of sorrow’, The Hindu reports after two days of hanging of terrorist Mohammed Afzal Guru, who was convicted for 2001 Indian parliament attack. Bollywood, historians, lawyers, politician, journalists and many other self-proclaimed intellectuals stood in solidarity with Mohammed Afzal Guru and filed mercy petition to prevent the hanging, which was eventually rejected.

Post the hanging of terrorist Muhammed Afzal Guru, a flood of articles were published by leftists in Indian media as well as foreign media. For example Arundhati Roy’s article for The Guardian “The hanging of Afzal Guru is a stain on India's democracy”. Times of India went further ahead with an article related to Mohammed Afzal Guru’s son Ghalib stating “Proud to own Aadhaar card, want Indian passport next” which was angrily debunked by Ghalib.

Pulwama bomber Adil Ahmad Dar became a terrorist after he was beaten by troops, say parents in an article published by India Today. Pakistan-based militant group, Jaish-e-Mohammad’s trained terrorist Adil Ahmad Dar, who blew 44 of our bravehearts in a cowardly operation received sympathy from our secular media. Scroll went ahead to give him status of ‘A responsible kid’.

The List will go on with such examples of Indian secular media ringleaders, who continuously attempt to neutralise the horrendous acts carried out by these terrorists in name of jihad. The task assigned to this section of secular media is to mislead gullible citizens from understanding the actual motivation behind terrorists, who have carried out such acts. The best and most efficient way is to confuse people by talking about terrorist’s brighter side, which will also help them to maintain their fabricated secularism.

And I am very sure my article will have nearly no impact on discontinuation of such terrible jobs by this section of secular leftist media but I still drafted this article conscientiously to communicate my message to those comrades in media that ‘we are no more Gullible’ as considered by you.