The Much Awaited 2026 Delimitation Exercise of Lok Sabha Constituencies 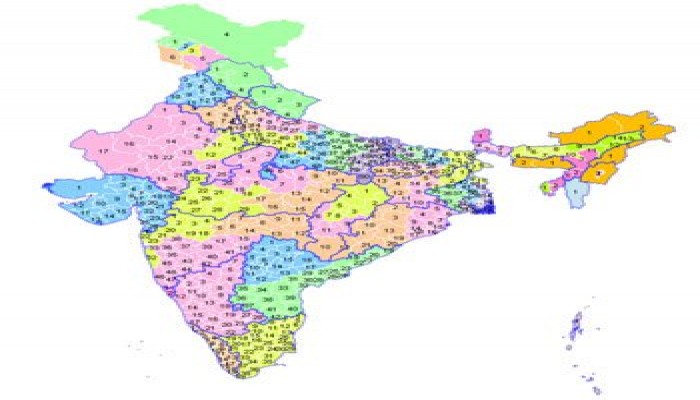 There is a common discussion about taxes raised from different States of India and the devolution of tax revenue to states. A common complaint is that certain States benefit by having a higher receipt from the Centre as opposed to taxes raised from within the State.

Industrialized States often receive less than what is raised from the states. There are some merits to this perception of an anomaly, but there is a balancing argument

From these facts, we can conclude that the corporate income taxes and personal income taxes contributed by industrialized states are a consequence of the revenue and income they earn from the consuming populations all across the country.

From this, let us approach the question of equitable development across the country from a different perspective. Are all states and regions equally represented in our national democracy?

The primary indicator of representation is the Lok Sabha. Here we present data from the 2011 census and the Election Commission to compare number of Lok Sabha seats against the population of different States

The delimitation is expected to be revisited every few decades. However, in 1976, during the Emergency, when the policy makers had population control as among their top priorities, the delimitation was postponed to 2001, until population percentages and growth rates had drawn even across the country.

The primary dilemma here is:

Do we increase representation for the states in proportion to their population, thereby rewarding failure to implement population control and, by inference, several key interventions in improving socio-economic indicators? Or do we continue to deny adequate representation to a large and increasingly aspirational population?

It is our contention that representation is the fundamental building block of democracy, ahead of other ideals such as equity and liberty. This is why the bankrupt and billionaire, the illiterate and the Ph D all have the same single vote. We can extend this same principle and claim equity only if the migrant labourer family with 4 children has the same level of representation as the urban DINK couple.

In fact, improving representation may even improve the delivery of services and thereby help in converging population growth rates faster.

Now, we come to the question of what form this exercise will take. Let us perform a simple thought experiment and assume that the number of seats is increased from the current 543 to 700, and the new seats are allocated to States based on their share of the population. Assuming that we use the population numbers from the 2011 census, here is a list of the big winners. As we can see, the big winners would be the Hindi heartland states, Maharashtra, Gujarat and West Bengal. We can expect a lot of resistance from the Congress, southern regional parties to this, since this will cut into their bastions.

However, if such an exercise is carried out, we can safely assume that this will strengthen the Hindu vote bank where Hindu electoral consolidation has advanced well