The Farm Laws and Utilitarianism: A Legal Perspective 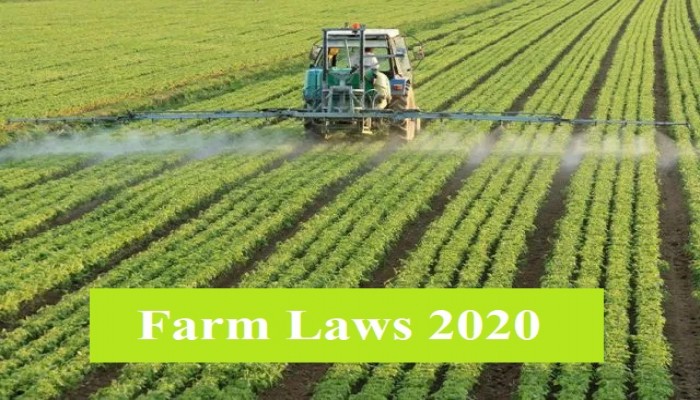 “Nature has placed mankind under the governance of two sovereign masters, pain and pleasure. It is for them alone to point out what we ought to do, as well as to determine what we shall do.” wrote Jeremy Bentham in 18th century. He is widely regarded as the father of modern utilitarianism. Bentham envisioned to establish the morality and ethics of legislation on the yardstick of utility. For him "it is the greatest happiness of the greatest number that is the measure of right and wrong”. This deservedly famous sentence was to catapult the history of legislations in the countries and time yet to come.

Bentham might be aware of this or not is not a question of debate now when the evidence says it is so. The principle of utility has a foremost bearing on the conception and execution of legislation in contemporary times. It is especially so since the advent of modern democracy. The legislations in the modern democracies are subject to the principles of utility.  Rightly so, the governments across the world cannot afford to lose sight of this pressing dimension of legislation.

So, in the context and background of this sort the question that arises ultimately is – what it means to be a utilitarian legislation? Is it morally right to adhere to the principles of utilitarianism especially in the times of dwindling national boundaries and inter-mixing of people irrespective of barriers that separate them. The three farm laws recently passed by the union government have disrupted the public sphere since last couple of months. Where do they stand if measured on the balance of morality and ethics? This article tries to decipher these laws in reference to the concept of utilitarianism.

Many experts and state governments especially led by opposition parties have questioned the legality and legitimacy of these laws. They cite the constitutional limits operationalized through

Seventh Schedule of the Constitution (Three lists of subjects). Schedule Seven to the Constitution divides the subjects into 3 lists: Union list, State list and Concurrent list. The state governments invoke entries ‘28’ and ‘14’ that grants them powers to legislative on subjects regarding ‘agriculture’ and ‘market and fairs’ respectively. Moreover, they have blamed that these laws are direct assault on federal structure of the country. On the other hand, Union has article 301 that grants them power to legislate on matters concerning ‘freedom of trade, commerce and intercourse’. Entry ‘42’ of the Union list deals with ‘inter-state trade and commerce’. Well, it is for the judicial branch to decide whether these laws meet the intricacies of the highest book of the land or in contravention to the constitution.

The Farm Laws and Utilitarianism

Extending the line of discussion to the recently passed three farm laws that have created much furore in the country, it is found that it demands serious scrutiny. At least at the theoretical and intellectual level. Because in the post-truth era narrative sells. Rhetoric shines.

Let us come to the facts. It is not to forget that majority of Indian population is still engaged in agriculture. Agriculture has truly been the backbone of the country and economy. It has been proved again in the aftermath of lockdown due to COVID-19 pandemic. It is the primary source of livelihood for approximately 60% of the population. India has around 150 million (15 crores) farmers of which 86% are small and marginal farmers owning land less than 2 hectares. The lack of profitability for majority of those engaged in agriculture is a serious problem. The incidents of suicides and farmer distress are quite regularly observed a phenomenon in recent years. It has become a common sight now.

Protest is a celebration of liberty and freedom of expression. And these protests prove that India is a country which cherishes liberty and freedom of expression. However, more than that it’s a fundamental right. Only active vigil is required so as to ensure someone’s right doesn’t infringe over others. So, looking at numbers and scenes coming one can’t help but accept that majority of people have accepted and embraced these laws. It would not be wrong to say this particular legislation is in accordance with the principles of utilitarianism. However, there are serious limitations to this philosophy of but this is imperative upon us to not engage with that for the time being and simple reason that they have nothing to do with here. If 86% farmers are small and marginal and favour these laws, there is no point government should repeal them. No law can claim to be benefitting all. The principle of Utilitarianism and farm laws are in consonance with each other.  Ensuring maximum happiness for maximum people is the guiding factor for all the democracies and governments.

The close and deep look at these laws would convince any thinking and honest individual to accept that it is LPG moment of 90s for the agriculture sector. The Union government passed three heavily contested and sensitive farm bills in Parliament. The Farmers Produce Trade and Commerce (Promotion and Facilitation) bill, that promises freedom to farmers to sell outside of their designated districts APMC. It sought to put an end to the monopoly power of local APMCs, thereby advancing their interaction with the market directly. In sum it has opened the venues for the farmer to sell anywhere of his/her choice.

The second is the Farmers (Empowerment and Protection) Agreement of Price Assurance and Farm Services Bill, which focuses on creating avenues for farmers to engage in contract farming through verbal or written contracts. This bill opens the door for engaging with anyone especially corporate sector through direct marketing with them. No need of middlemen. So, farmers shall not be at the mercy of anyone in order to sell their produce.

The last is an amendment to the Essential Commodities Act, 1955, according to which, cereals, onions and potatoes etc. have been deregulated. The era of deficit is over now.

Together, these three bills aspire to liberalise and deregulate the market for the agrarian sector. It doesn’t seem to be a bad choice at all. These laws are a matter of choice and freedom. It is imperative upon us to understand that unless there is an increase in the income of farmers, national goals are difficult to realize. You can’t dream to have a say in the world matters when your food producer continues to live the life of deprivation and economic slavery. Nation and economy cannot progress without farmers’ progress. The intent of government seems to be the same.

Victor Hugo said “No army can withstand the strength of an idea whose time has come”. Perhaps, the time has finally come. And to those who advocate their repeal, I would say No force or army of the world can push an idea whose time has not come. If someone says and sees more or less than that, God help them. The naked display of political opportunism is a stark reminder of what is seriously wrong with our polity. But it is not to forget the politics of today shall be the economics of tomorrow. What protest is to politics, freedom is to economics.

Farming community has served the country remarkably during the darkest of phases and moments of trial and tribulations. The political community due to reasons best known to all did not make concerted efforts the way it should had to in order to free them from the shackles and chains that imprisoned them. It is time to frame laws and shape public policies in a way that serves them. The welfare and well-being of them should be complemented through well intentioned legislations. With these three laws, a new dawn is on the horizon. The governance of one master i.e. pleasure astoundingly orders that we shall have to do this.