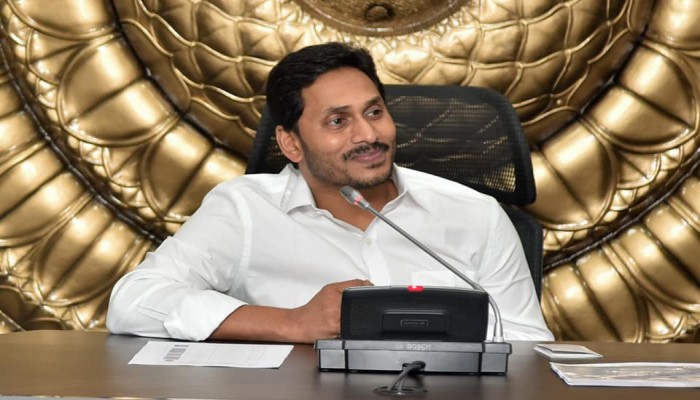 Back in the year 2014, the Andhra Pradesh Assembly unanimously adopted the resolution that the Vijayawada region will be the capital region of the newly truncated state. The then opposition leader, Y.S.Jagan Mohan Reddy declared his party’s support for this move. Some folks were putting up an opposing point of view that AP badly needs decentralization and therefore everything should not be concentrated at one place only. The argument was that the capital city should merely function as administrative capital, and other cities should be developed for industries, IT etc. Many examples from other countries were cited and umpteen debates took place in TV studios for the same.

The TDP government of 2014-2019 began the process of constructing the capital city in Amaravati. Much has already been written and discussed about the progress or the lack of it, made at Amaravati. The TDP government lost the 2019 elections badly. Y. S. Jagan Mohan Reddy won a resounding mandate. And merely within 6 months of that mandate, he has decided to change the whole nature of the capital city and the concept of decentralization!

It is pertinent to note here that neither the YSRCP manifesto nor the speeches of Jagan before elections ever mentioned about this tectonic change. What is this change proposed? Y. S. Jagan proposes three capitals for the state of Andhra Pradesh – Administrative capital in Visakhapatnam; Legislative capital in Amaravati; Judicial capital in Kurnool!

I, for one, fail to understand how this amounts to decentralization? What logical sense does it make to have Secretariat and Assembly in two different cities nearly 400 kms away? So, every time there is an Assembly session, the entire government machinery moves from Visakhapatnam to Amaravati? By the way, another genius idea floating around is that one of the sessions during the year will be held in Visakhapatnam only it seems! So now we will have two buildings built in Amaravati and Visakhapatnam for the Assembly sessions?

The proposed High Court in Kurnool is ~700 kms away from the proposed Administrative capital in Visakhapatnam. Given the large volume of cases that the government fights in the courts, what logical sense does it make to have such a huge distance between the Secretariat and the High Court? There will of course be a High Court bench setup at Visakhapatnam (and perhaps even at Amaravati) – in which case how does Kurnool become the Judicial capital of the state?

Merely days after Jagan announced his intentions, miraculously the Boston Consulting Group submits a report to the government of AP echoing all these views! Infact, BCG goes a step further and suggests that plans can be made to have some Departments in Amaravati and some in Visakhapatnam! It still beats me how the government can function efficiently if half of the departments are 400 kms apart!

Logic aside, the government of AP acquired a whopping 33,000 acres of farm land in Amaravati. The farmers gave up their land with the promise of a better plots and better infrastructure in the capital city. Today, merely because a new party is at the helm, they all stand to lose heavily from this short-sighted decision. How fair is it that the people of the state stand to lose out each time a different party comes to power? Especially when this was not part of the ruling party’s manifesto in the first place?

The farmers are out on the streets agitating day in and day out. The AP government has deployed heavily armed police in many villages. The alleged “national media” of course has no time to highlight the heavy police presence that is disrupting the farmers’ legitimate right to protest. Why should the farmers be beaten up after being cheated?

You may be tempted to ask – but why is Jagan Mohan Reddy doing this? The YSRCP has been repeatedly telling us that the whole Amaravati episode reeks of land scam. However, as with all political parties, no proofs have been cited and no cases have been filed. Perhaps Jagan also doesn’t want Naidu to get credit for Amaravati in the long run, given how deep their rivalries run, and therefore wants to spread the administration across the state. Some folks are even saying that Amaravati was promoted by the TDP is favouring only one community and therefore it should be shelved!

The idea of decentralization has been propounded so that the administration, industry and commerce are all equally spread across the state. An oft cited example is that of Hyderabad – that with heavy focus on building everything in Hyderabad, other parts of the state lost out on development. However, this did not mean that the administration itself splits across the entire state! This idea reeks more of political opportunism than of pragmatic implementation. And unfortunately, the people of AP are still left in confusion as to what their capital city is or will be. Surely, they deserve better.