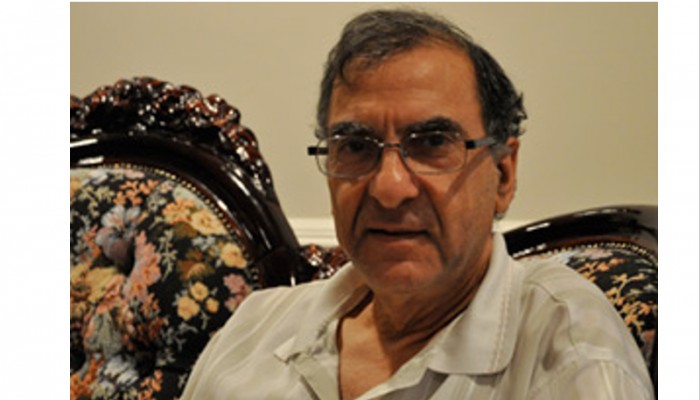 For anyone following Indian politics for a long time, it is surprising to see outrage about Abdul Basit taking the name of an Indian Journalist, Shobhaa De who he convinced to write about Kashmir Issue.

It has always been like that for a long time. It is a well-known fact that Pakistan organizes many conferences for our esteemed journalists.

Do you know that nearly a decade ago, Pakistan was at the cusp of making an ISI funded body the most important voice on Kashmir? Imagine what would have happened if every report on Kashmir was made on recommendations of a Pakistan controlled body. Such a body in collusion with Indian Journalists would have applied tremendous pressure on the elected government of the day. If you think today there are public intellectuals trying to disturb peace in Kashmir by their smear campaign, imagine the power these people would have yielded if they were backed by UN.

Fai, was an Indian born Kashmiri. He did his masters from Aligarh Muslim University and went to Saudi Arabia for work. There he met Ayub Thakur. After that, Fai went to US and settled there. In 1992, he founded the Kashmiri American Council.

The whole purpose of this organization was to pose as a consensus group comprising of Pakistanis and Indians. For this they applied for consultative status at Economic and Social council, a UN body, as an NGO working for Peace. This would have been a huge disaster for India.

Consultative status provides NGOs with access to not only ECOSOC, but also to its many subsidiary bodies, to the various human rights mechanisms of the United Nations, ad-hoc processes on small arms, as well as special events organized by the President of the General Assembly.

Imagine a Pakistan ISI backed NGO in US getting all this. It would have substantially weakened the Indian stand on Kashmir.

All this was made possible only because of one thing. The facade of a joint consensus group of Indians and Pakistanis. How did they manage it? Very easy, by organizing ‘conferences’ in US. These conferences were on paper a joint effort of both Pakistan and Indian ‘Intelligentsia’. But in reality, they were facade for Pakistani narrative. Why? See the Washington Declaration passed by the council.

1. Resolves that the people of Jammu and Kashmir are central to the India-Pakistan peace process and representative dialogue and affirms that a sustainable and just solution of the Kashmir dispute can be achieved only through democratically established procedures for ascertaining the will of the people of the state (as existing on 14/15 August 1947).

2. Resolves that, in the context of Indian Prime Minister Manmohan Singh’s pledge for zero tolerance of human rights abuses, an independent and credible investigative commission should be set up to probe human rights abuses including the issue of mass graves recently discovered in the state.

3. Resolves that the pace of India-Pakistan dialogue, particularly in relation to Jammu and Kashmir, should be accelerated and given a realistic time frame. The dialogue should be inclusive and Kashmiris should be an integral part of this process.

4. Resolves that more Kashmir specific confidence building measures should be adopted, which will help in conquering fear and creating a congenial environment for a positive forward movement.

5. Resolves that all political prisoners languishing in jails, interrogation centers and detained under emergency laws should be immediately released.

6. Resolves that all draconian laws should be withdrawn and peoples’ fundamental freedoms and basic rights should be restored.

7. Resolves that all those elements who have tried to vitiate and communalize the state’s polity need to be identified and punished. While welcoming the withdrawal of the order to transfer land to the Shri Amarnath Shrine Board, the conference condemns all efforts to communalize the situation.

8. Resolves that all internally and externally displaced people of Jammu and Kashmir, including Kashmiri Pandits, should be facilitated to return to their homes in safety and dignity.

In the whole text, there is not even a reference to Pakistan Occupied Kashmir. The whole responsibility of reducing human rights abuse has been put on India as if there are no Human Rights abuse in Pakistan occupied Kashmir. There is no mention of Gilgit Baltistan and area Pakistan gifted to China. There is no mention of radicalization done by Pakistani Madrasas. The whole blame is put on India for the situation in Kashmir.

Why would any Indian Intellectual accept this? There are many people involved in this declaration, from Drafting to Passing. Let’s see some of the prominent ones.

The Sachar commission was a controversial commission setup by the Manmohan Singh Government. It was controversial because it was a commissioned to look only into the situation Muslims in India. There is no such provision in constitution to do that. Logically it should have looked into the condition of every minority. Do you find anything wrong with it or not?

2. Kuldeep Nayar: - The press release of KAC in 2010 named Kuldeep Nayar, former Ambassador to United Kingdom and a famous journalist. This gave KAC a massive boost. This was very irresponsible of Mr. Nayar.

3. Gautam Navlakha: He has been associated with KAC for a long time. He is an important figure in Economic and Political weekly and a well-known journalist. He has been linked to naxal movement and recent Bhima Koregaon violence. That case is in court.

So, Ghulam Nabi Fai was very active and successful in creating an entity to hijack Kashmiri cause for Pakistan. Not only this, he was involved in money laundering too. He was doing two way money laundering.

1. He was allegedly laundering money into US for buying influence

2. He was allegedly laundering money Into India for Terror activities

In the first case, he was using money for bribing congress members. He was trying to persuade US congress to appoint a special Envoy for Kashmir in UN. This would have seriously jeopardized India’s position in Kashmir.

In the second case, he was laundering money into India using Hawala Route. Hawala route is a route in which hawala operators take money from you and ask their accomplices in the other country to give that money to whoever you want. This is not easily traceable method.

Despite knowledge about its activities, many esteemed intellectuals never gave a second thought on whether to attend annual Kashmir Peace conference organized by KAC. These liberals can be categorized in three categories.

1. Genuine believers of peace process. ISI refers to them as ‘useful idiots’. These people believe in three types of things:-

i) Pakistan can be convinced to give up PoK and Terrorism

ii) We can make current LoC as International border

iii) We should make Kashmir an Independent state

Pakistan is not going to do any of these. They would rather invite them and gain legitimacy. There is a reason the Government of India has policy of No talks with Pakistan along with terrorism. Pakistan can use any formal talk with them to get a leverage with others countries like it was doing with KAC.

2. Hedonists: These are people who don’t care about any cause at all. They went there only to enjoy free foreign trip and booze. They are paid to do anti-India activities and they do.

3. Genuine hatred for India: Indian education system is well known for creating intellectuals who look down upon themselves and their country all the time. These people genuinely work for breakdown of the nation. This category also includes also those who hate Indian state because their fanatic beliefs and ideologies.

So, we can say that not all the journalists who went there had any ill intentions towards India but it was not a very wise decision. They not only undermined the position of India in UN but also gave cover to other two categories of ‘intellectuals’. The legitimacy given by genuine people was misused and is still being misused to do Pakistani agenda.

Thankfully for India, Fai was arrested by the US government on the charges of money laundering. It created a lot of outrage in India. These intellectuals went underground for long time like they did after Radia Tape expose. But they came out all guns blazing. Again. No one questioned them.

But what was Political class doing during this period? Well, they had their own skeletons to hide.

On 25th march 1991 an Abdul Ashfaq Lone, a Hizbul operator was arrested by Delhi police. He was caught with 23 Demand Drafts payable at Jammu and Kashmir Bank. On peaceful investigation he accepted that he was working for Hizbul Mujahideen. He further revealed name of a JNU student, Shahabuddin Gouri from whom he had received this money.

Police arrested Gouri and searched his JNU hostel room. There, they found Pakistani currency. Another Ishtiaq Hussain was found with unaccounted money. After a round of peaceful investigation Gouri revealed that he had received money from a person who goes by the name Gupta.

Police searched for him and found him. His real name was Shambhu Dayal Sharma. Now Enforcement directorate was also involved in this case since it involved money laundering. Shambhu Dayal Sharma revealed name of VK Jain who worked for SK Jain. Sharma had Laundered 48 lakhs for Jain. VK Jain’s residence was searched and a diary was found.

This diary contained many names and money transferred against their name. But these names were in the form of initials e.g., VK for Virat Kohli. These initials matched initials of many big politicians and officials. This created huge outrage across the country.

But nothing happened. All the officers working on this case were transferred. No action was taken against anybody. At this time the Supreme Court intervened. Vineet Narain, a journalist, filed a PIL, in Supreme Court. Court was reluctant to intervene because it was the prerogative of the Executive not Judiciary to initialize an enquiry. But they finally decided to step in and for good.

This intervention resulted in famous Vineet Narain Judgement in 1997 which gave a lot of independence to CBI. The term of CBI director was fixed for two years and the Central Vigilance Commission was asked to be made a constitutional body. These two step changed India forever.

But despite this, no big fish was ever convicted in Jain Hawala case. The hawala route has been used by Politicians, Bureaucrats, celebrities and many others.

Hurriyat made a lot of money using Alamdar fund it created for the reconstruction of Charar E sharif shrine. Geelani allegedly made crores using Hawala route. Hizbul and Jaish used it too.

So, this explains the reasons behind the various groups supporting Pakistan’s position on Kashmir. Some are doing it for money some for their fanatic ideology. Some are useful idiots of ISI while some are allegedly doing money laundering themselves. There is a reason why no one cracked down on Hawala and Black money like the Narendra Modi Government has.

Whenever they read news about crackdown on Kashmiri separatists they fear for loss of income. Whenever ED raids for money laundering they see ED a step closer. There are a variety of special interest groups which are involved in this mess, let’s hope the crackdown continues.