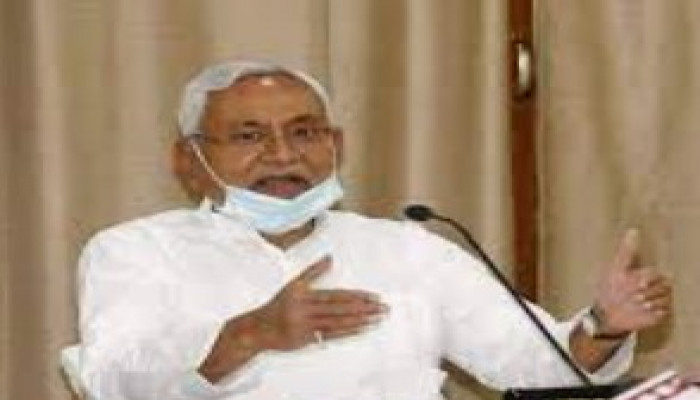 The Rashtriya Janata Dal (RJD) leader took a swipe at Bihar chief minister Nitish Kumar, reminding him of another pledge he took in 2015, which was to break ties with the Bharatiya Janata Party (BJP).

In a tweet roughly translated from Hindi, Yadav said, "You took this oath as well." The Leader of Opposition in Bihar shared a clipping from March 2015 where the Janata Dal (United) leader was quoted saying that he would die before again allying with the BJP.

Kumar's JD(U) departed the BJP's National Democratic Alliance in 2013. The Mahagathbandhan, formed by JD(U) and RJD in 2015, defeated the NDA in the Bihar assembly elections. Nitish Kumar was appointed as the alliance’s chief minister, while Tejashwi Yadav served as the deputy CM.

A corruption allegation against the RJD leader led to the alliance's collapse in 2017. The BJP again partnered with Nitish, thereby ensuring his continuation in office. After that, in the 2017 assembly elections, the NDA won by a narrow margin over the Mahagathbandhan-led party.

Often jibes are exchanged between the two politicians, who are now on opposite sides. Several hooch tragedies have occurred in Bihar recently, in which over three dozen people died. Yadav's tweet on Friday follows in the wake of those tragedies. Although a ban on the consumption of alcohol went into effect in the state on April 1, 2016, when the Mahagathbandhan ruled the state, the incidents still occurred.

According to the chief minister earlier this month, he does not care what other people say about the liquor law.

Talking about the liquor ban "All law enforcement agencies have been instructed to ensure proper implementation of liquor ban across the state. Strict action will be taken against violators, including government officials," Kumar said.

It is the 'Prohibition Day' as of today and every employee and citizen of the state pledged not to consume liquor or allow its sale.

Earlier, there were few complaints of liquor being sold and consumed in weddings and other functions. According to Kumar, the police raided the weddings based on complaints they were receiving.

"Police received complaints about liquor being served at weddings. When police get such input, they take action. Participants who aren't involved won't have to worry," he said.

The Patna Police raided more than 60 hotels and wedding halls over the last few days and arrested several people on charges of consuming and providing liquor, officials said.