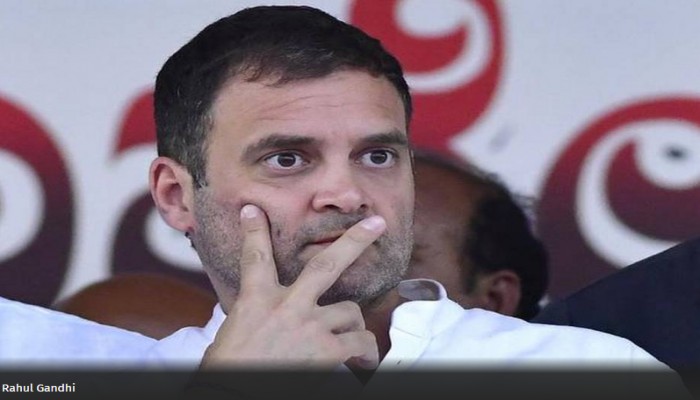 About a year back, we have had the bizarre spectacle of Rahul Gandhi resigning as the Congress President and his mother taking over as interim President until a permanent President is selected (meaning until Rahul Gandhi is ready to come back again). Some die-hard fans of the dynasty hoped that mother and son will soon fix this issue. More than an year since that charade we now have leaks being published on familiar channels that Team Sonia is upset with Team Rahul; Team Rahul is upset with Team Sonia; and former Prime Minister Manmohan Singh is also upset in general but has chosen to remain silent (as always)!

It bamboozles me as to how common sense can elude the mighty Congress party. And then I realised that it is because of faithful courtiers like The Hindu. Just 2 days back, this was their Op-Ed – “The limits of Rahul as a Gandhi”. This article is not a detailed rebuttal to the atrocious piece in The Hindu. Atrocious because it blames the voter for not recognizing the awesomeness of Rahul Gandhi. What else explains questions like “If Mr. Gandhi is unreliable because he is untested, has Mr. Modi passed the test of governance?”. It requires some special kind of talent to even remotely think that Rahul Gandhi is an untested leader. If this is the kind of feedback that Rahul Gandhi is getting and cares to read, then it is little wonder that the Congress party is where it is right now.

The false bravado that the sibling combo of Rahul-Priyanka exhibit is very amusing. More leaks to the English media have told us that Rahul has told the CWC that he is not afraid of Modi. What good does this belligerence do? Has anyone from his party approached him saying that they are afraid of Modi? If his own party members are suggesting that he recalibrate his language and approach, why does he jump into this filmy hero avatar and blurt out irrelevant dialogues like these? Why is it so difficult for the nasty dynasty to accept feedback and make changes to strategy, communication and approach?

The continued parroting of the same questions despite getting detailed answers, is simply put, very exhausting to listen to. Rahul Gandhi made personal attacks on Prime Minister Modi, all along his first term. He went vicious on topics like Doklam and Rafale. Every possible institution in the country upheld the decision taken by the Modi government on Rafale. Every single tantrum that Rahul Gandhi threw on Rafale was answered in great detail in Parliament, in Supreme Court and in the public court. Yet, when Rafale jets are delivered in 2020, Rahul Gandhi yet again repeats the same questions. He is now employing the same playbook with the China crisis. Every possible institution has confirmed that we haven’t lost any territory, yet Rahul Gandhi continues to assert that India has lost territory!

The fresh strategy of conducting juvenile interviews and releasing video “analysis” will put even non-students of political science to shame. From heavily editing his interaction with people whom crores of Indians haven’t even heard of to the zero-content in his video “analysis” of why China is behaving the way it is – it is harrowing to see and listen to the meaningless rants. And then we have India Today fudge the viewership numbers of these juvenile videos and tell us that crores and crores have watched these videos, thereby implying Rahul Gandhi is back! Every time I am bamboozled by how common sense can elude the Congress party; I have to look no further than faithful courtiers like India Today.

The party president Sonia Gandhi wrote to Prime Minister suggesting five things that have to be done to overcome the Chinese COVID crisis. Her first suggestion to combat the deadly crisis was to “stop all advertisements to media”. And none of these faithful courtiers could even murmur against a move that will herald them into a crisis. The top leadership of the Congress party woefully fell short of doing simple things like talking to the cadre of the party, in these distressing times. Leaders of almost all parties have had regular interactions with their cadre over video conferencing, but the nasty dynasty found it beneath their dignity to interact with their cadre!

It’s not as if the Congress party doesn’t have leaders who are connected to the roots. It’s not as if the party doesn’t have leaders who can win them elections. It’s not as if the party cannot groom these leaders further. The party cannot play the game of musical chairs with only three participants from the same house and expect to be revived. The earth-shattering defiance of common sense by the nasty dynasty is what is impeding the Congress party now. If such basic common sense eludes Team Congress (if it exists), why blame the voter for rejecting them time and again?