Swedish Prime Minister steps down on the first day 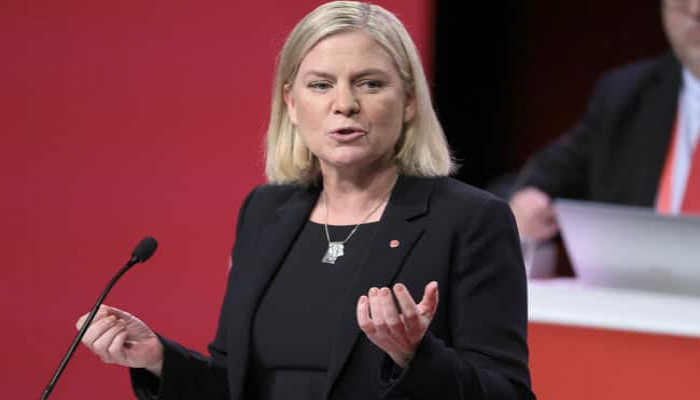 Sweden's first female prime minister, Social Democrat Magdalena Andersson resigned from the PM post on Wednesday. This move came after the Green Party quit their two-party coalition which made her to quit in less than 12 hours in the top job and now there is political uncertainty in the country.

But Andersson said she had told the speaker of parliament she hoped to be appointed prime minister again as the head of a single-party government.

Andersson took over as prime minister from Stefan Lofven as head of a minority two-party coalition supported by the Left and Centre parties. But that alliance collapsed when the Centre Party refused to back the new government's finance bill.

Parliament then passed spending plans on Wednesday drawn up by three opposition parties, prompting the Green Party to quit the coalition and leaving Andersson no option but to resign.

"I have asked the speaker to be relieved of my duties as prime minister," Andersson told a news conference. "I am ready to be prime minister in a single-party, Social Democrat government," she added.

The Green Party said it would support her in any new confirmation vote in parliament, while the Centre Party promised to abstain, which in practice amounts to the same as backing her candidacy. The Left Party has also said it would back her.

"The Centre Party will open the door for her (Andersson) to be prime minister," its leader, Annie Loof tweeted. "We will make sure, again, that Sweden can have a government that is not dependent on the Sweden Democrats."

While these parties were unable to agree a budget, they are united in the goal of keeping the Sweden Democrats, a populist, anti-immigration party, from having a role in government.

The opposition right-wing Moderates and Christian Democrats are backed by the Sweden Democrats, but cannot command a majority in parliament.

The speaker of parliament will now decide the next step in the process of finding a new government, but will most likely put Andersson forward for a new vote in coming days.