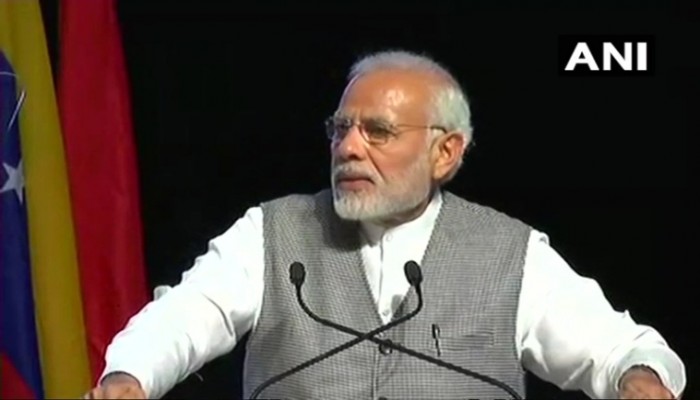 Ever since Modi became the Prime Minister of India in 2014, it has been a fashion statement for the detractors to continuously refer to both the Emergency years and the Hitler years. While one may have been tempted to dismiss these silly comparisons as incoherent rants of a group disturbed by defeat, it was astonishing how they have persisted with this line of argument for years together and concluded that “Democracy is in danger”.

We have had to continuously hear arguments like “many have voiced fears that the four pillars of democracy have been put under tremendous pressure during Modi’s first term (2014-19) in office”. As recently as last week, the Chairman of India’s Editors Guild and serial commentator, Mr. Shekhar Gupta compared a boycott call by citizens of India to the ban imposed by Government of India during the emergency!

While this goes on, Congress party feels left out because for the obvious reasons they cannot refer to the Emergency period! So, what do they do? They go further back in history and fall back onto the Hitler years.

Just today, I had learned from this blog by Guru Prasad that nearly 50 citizens were killed because they protested Sanjay Gandhi’s sterilization program. Prime Minister Indira Gandhi herself confirmed to Parliament that “some deaths have taken place due to firing in connection with the program”! The Indian media was ordered not to print the Turkman Gate massacre (even today we don’t know the death toll).

The poignant story of how Rajnath Singh’s mother passed away waiting for her son to come back, made me think about the stories of many such mothers and sons which have been kept away from us. We have never heard the stories of the lakhs of normal citizens who stood up to real fascism and were jailed. We haven’t heard the stories of thousands like P Rajan and Lawrence Fernandes who just went missing and were found dead later. We haven’t heard enough stories of scores of artists and activists like Snehalata Reddy who died because of the sufferings in jail during emergency.

What is more disturbing is the comparison with Hitler. In addition to the untold misery inflicted for his mis-adventures during WW2, Hitler was directly responsible for the systematic planned murder of 60 lakh Jews. 60 lakh Jews. Watching the tales of the survivors is gut wrenching. But reading the mindless comparisons of Hitler with Modi is mind numbing. What possibly has Modi done that remotely even qualifies to the horror Hitler has done?

In emergency, the Indian media was ordered to not print any news that the Government didn’t approve of. Electricity was cut to the media houses that didn’t comply with the orders. Is this remotely close to what we see today? Today, you are able to freely criticize the government of India. Every single day, we read your opinion about India is doomed. Today, when leaders or protestors are “arrested” just for a few hours because of issues they create in the name of “protest”, we are continuously bombarded with how this is equivalent to the return of the emergency.

Infact, what we see today in some Indian newspapers and TV channels is reverse emergency! These publications, particularly the English ones, do not allow enough space for any viewpoint that is remotely critical of their own. They stifle dissent that the citizens write in to them; they brand people who disagree with them as trolls and strive to block their voices out. And yet, they also have the gall to equate real horrors of dictators with today’s democratic leadership of the country!

You can do a very simple thing to redeem all of this. Stop comparing the horrors of Holocaust and the Emergency to the freedom you enjoy today. Democracy is NOT in danger. Your anger towards a government does not need to translate into insulting genuine sufferers. Just stop.