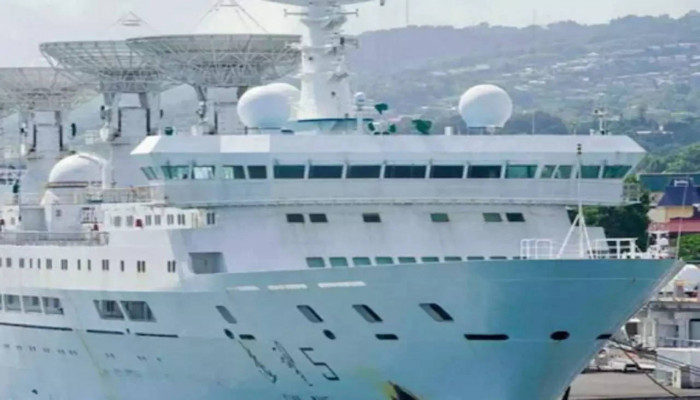 The Sri Lankan government gave its nod for the docking of the much-disputed Chinese spy vessel Yuan Wang 5 at the Hambantota Port even as India raised security concerns over the ship’s presence in the island nation, official sources said on Saturday.

Yuan Wang 5, China’s ballistic missile and satellite tracking ship, was earlier scheduled to dock at Hambantota port from August 11 and remain at the port until August 17 for replenishment. However, the Harbour Master of the Sri Lanka Ports Authority (SLPA) said that the ship did not arrive at the Hambantota port as planned.

India has expressed apprehensions that the Chinese ship’s tracking systems could snoop on Indian military installations.

The Sri Lankan government last week requested the Chinese embassy to defer the visit of its research vessel at Hambantota Port “until further consultations” are made on the matter. Subsequently, the vessel did not arrive at the Hambantota port on Thursday as planned.

However, Sri Lanka’s foreign ministry has now reportedly granted permission for the docking of the ship at the port from August 16. It will now remain at the port till August 22, they said, PTI reported.

On Friday, India dismissed China’s “insinuations” that New Delhi pressured Colombo against a planned visit by the research vessel but asserted that it will take decisions based on its security concerns.

External Affairs Ministry Spokesperson Arindam Bagchi said Sri Lanka, as a sovereign country, makes its own independent decisions and noted that India would make its judgment on its security concerns based on the prevailing situation in the region, especially in the border areas, seen as an apparent reference to the eastern Ladakh row.

“We reject the insinuations in the statement about India. Sri Lanka is a sovereign country and makes its own independent decisions,” Bagchi said at a media briefing.

“With regard to our security concerns, this is the sovereign right of every country. We will make the best judgment in our own interest. This naturally takes into account the prevailing situation in our region, especially in the border areas,” he said.

In a veiled reference to India, Chinese foreign ministry spokesman Wang Wenbin on Monday said it was “senseless” to pressure Sri Lanka to prevent the ship’s visit to Hambantota.