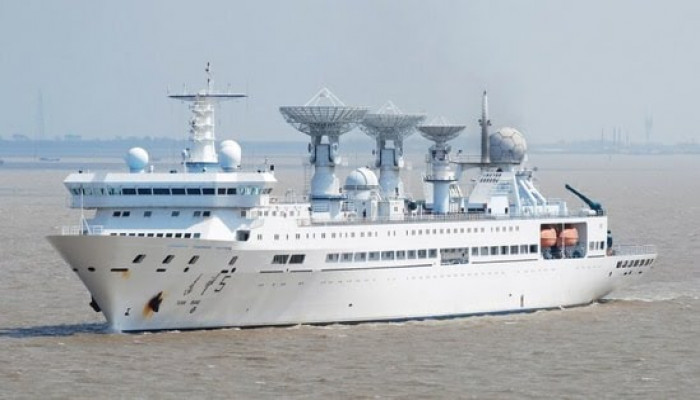 At India's security concerns over a Chinese military vessel, the Ministry of Foreign Affairs of Sri Lanka on August 6, Saturday asked the Chinese Communist Party (CCP) to stall the arrival of its giant space-satellite tracker spy ship Yuan Wang 5 which was bound for Hambantota port "until further consultations."

The dual-use Chinese vessel was expected to dock at leased Hambantota port on August 11 for the purpose of refuelling and would later depart on August 17, Republic reported.

As India expressed worry about the Chinese spy vessel's docking at Hambantota that can map the entire ocean bed critical to anti-submarine operations of the Chinese Navy, the Sri Lankan ministry of foreign affairs wrote to the Chinese government to defer its arrival.

"The visit of China's space-satellite tracker ship Yuan Wang 5 at Hambantota port has been deferred 'until further consultations' are made between the two governments," the Sri Lankan Ministry of Foreign Affairs announced.

"Ministry of Foreign Affairs of the Democratic Socialist Republic of Sri Lanka avails itself of this opportunity to renew to the Embassy of the People's Republic of China in Colombo, the assurances of its highest consideration," the Sri Lankan government stated in a release on August 6.

New Delhi had questioned the actual purpose of China's dual-use spy vessel Yuan Wang 5's sail towards the Indian Ocean into the Sri Lankan waters. The research and survey war vessel, employed for space and satellite tracking also has usage for intercontinental ballistic missile launches. It has been sailing towards Sri Lanka at an estimated 19 knots or approximately 35 kilometres per hour to dock at its port on August 11.

According to an update on Sri Lankan consulting firm, the Belt & Road Initiative Sri Lanka, the Chinese vessel Yuan Wang 5 had planned to remain in Hambantota for at least a week to 'conduct space tracking, satellite control and research tracking in the northwestern part of the Indian Ocean region through August and September".

But India has been wary of the Chinese spy ship's sail which has a range of more than 750 km and can bring on its radar India's largest nuclear power plants situated in Kalapakkam and Koodankulam, Tamil Nadu.