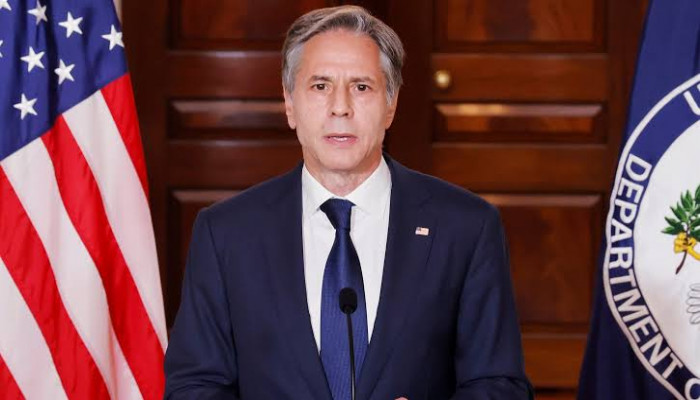 A top Senate Democrat on Tuesday blasted the Biden administration's handling of the U.S. withdrawal from Afghanistan as "fatally flawed" and threatened to subpoena Defense Secretary Lloyd Austin if he doesn't agree to testify "in the near future."

The sharp rebuke from Sen. Bob Menendez, chairman of the Senate Foreign Relations Committee, came as Secretary of State Antony Blinken faced a second day of intense questioning by lawmakers furious over the chaotic U.S. exit from Afghanistan.

"The execution of the U.S. withdrawal was clearly and fatally flawed," Menendez, D-N.J., told Blinken in opening remarks. "This committee expects to receive a full explanation of the administration's decisions on Afghanistan since coming into office last January. There has to be accountability."

Republicans called Biden's handling of the withdrawal an epic military and foreign policy disaster, even some of those who previously supported the decision to end the war.

"I've advocated for an end to the Afghan war for over a decade, I'm glad it's finally over," said Sen. Rand Paul, R-Ky. "But never in my worst nightmares did anyone ... conceive of such a colossal incompetence."

He faulted the Biden administration for leaving U.S. military equipment behind and for closing Bagram Airfield too early in the withdrawal, among other steps. And he grilled Blinken over reports that an Aug. 29 drone strike may have killed an Afghan aid worker and his family – not Islamic State terrorists, as Pentagon leaders have asserted.

"Was he an aid worker or an ISIS-K operative?" Paul asked, referring to Islamic State affiliates in Kabul.

Blinken said he didn't know and the administration is reviewing the matter.

"You’d think you’d kind of know before you knock off someone with a predator drone,” Paul responded, arguing that if the man killed was an Afghan civilian, the American strike could be used as propaganda for the recruitment of new potential terrorists.

Blinken strongly defended President Joe Biden's decision to end America's 20-year war in Afghanistan and the administration's handling of the evacuation. He said no one in the U.S. government predicted the Afghan security forces would surrender to the Taliban so quickly, a surprise development that paved the way for the militant Islamic group to take over the country within days.

"Even the most pessimistic assessments did not predict that government forces in Kabul would collapse while U.S. forces remained," Blinken said. "They were focused on what would happen after the United States withdrew, from September onward."

After the Afghan forces disintegrated, Blinken said, State Department and the Pentagon officials orchestrated "an extraordinary effort" to evacuate U.S. citizens and Afghan allies over the course over two weeks, before the last U.S. forces withdrew from Kabul at the end of last month.

"They worked around the clock to get American citizens, Afghans who helped us, citizens of our allies and partners, and at-risk Afghans on planes (and) out of the country," Blinken told the committee. "In the end, we completed one of the biggest airlifts in history, with 124,000 people evacuated to safety."

Lawmakers in both parties remain deeply frustrated that the State Department did not begin a mass evacuation earlier, targeting Afghans who worked for the U.S. military during the war and who are now acutely vulnerable to Taliban reprisals. They are also concerned about the estimated 100 U.S. citizens who are still in Afghanistan and seeking to leave.

But Tuesday's session was not a bipartisan pile-on. Several Democrats said there was no clean way for the U.S. to leave Afghanistan after years of executing a failed mission that shifted from defeating al-Qaida to nation building.

Sen. Brian Schatz, D-Hawaii, said Washington pundits and defense contractors are coming out about how the war ended "because they didn't want it to ever end."

"They're mad because they think we should be an occupying force indefinitely, and they know that position is untenable," he said. "They won't acknowledge the fundamental mistake was that we invaded a country in Central Asia without a good understanding of its people, its history or origins or of its culture."