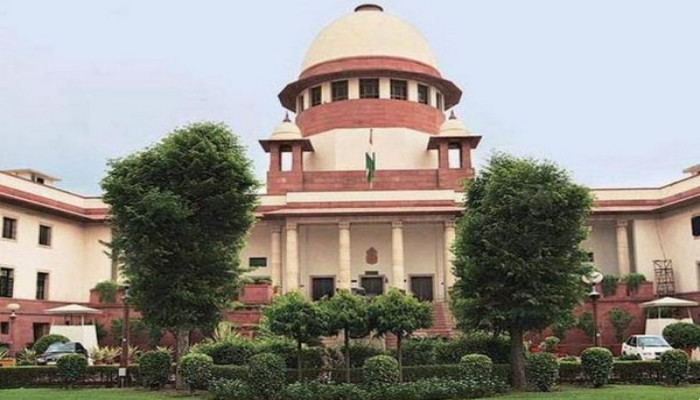 The Supreme Court on Tuesday expressed disappointment at the Central Government changing its stances in a plea seeking minority status for Hindus in states where they are numerically less and has granted three months to the Central government to hold consultations with various state governments on the issue of granting minority status to Hindus in states where they are outnumbered by other communities.

A bench headed by Justice Sanjay Kishan Kaul said it does not appreciate the Centre changing its stands on the plea seeking minority status for Hindus in some States. It said more thought should have gone before finalising the affidavit and asked the Centre to undertake the consultative process.

“Taking different stands does not help, consultation should have taken place before the affidavit was filed. How can in a matter like this the affidavit first be filed that both Centre and State have power? Number of dates were given. Somebody should have been careful,” Justice Kaul said.

The bench told the Centre that if it wants to hold consultation with States with regard to granting minority status to Hindus where they are outnumbered by other communities then it should do so.

Filing the affidavit on Monday, the Ministry of Minority Affairs said the Central government has notified six communities as minority communities under section 2C of the National Commission for Minorities Act, 1992.

“The question involved in the writ petition has far-reaching ramifications throughout the country and therefore any stand taken without detailed deliberations with the stakeholders may result in an unintended complication for the country,” stated the affidavit filed on a plea of advocate Ashwini Upadhyay.

It added, “Though the power is vested with the Central government to notify minorities, the stand to be formulated by the Central government with regard to issues raised in this group of petitions will be finalised after having a wide consultation with the state governments and other stakeholders. This will ensure that the central government is able to place a considered view before this court taking into consideration several sociological, and other aspects obviating any unintended complications in the future concerning such a vital issue.”

The affidavit was filed on a plea seeking directions for framing of guidelines for the identification of minorities at the state level, contending that Hindus are in minority in 10 states.

While in March putting the onus on States, the Central government in an affidavit had stated that State governments too have the power to declare communities as minorities, adding that, “state governments can also declare a religious or linguistic community as a ‘minority community’ within the state”.

States can also declare a religious or linguistic group as a minority community within its territory, as Maharashtra did in the case of Jews in 2016, Karnataka notified Urdu, Telugu, Tamil, Malayalam, Marathi, Tulu, Lamani, Hindi, Konkani, and Gujarati languages as minority languages over there, it had said.

The plea filed in the year 2020 by Upadhyay, stated that as per the 2011 Census, Hindus were a minority in Lakshadweep, Mizoram, Nagaland, Meghalaya, J&K, Arunachal Pradesh, Manipur, and Punjab and that they should be given minority status in these states in accordance with the principle laid down by the Supreme Court in its 2002 TMA Pai Foundation ruling.

The apex court in the TMA Pai case had said that for the purposes of Article 30 which deals with the rights of minorities to establish and administer educational institutions, religious and linguistic minorities have to be considered state-wise.

Under Section 2(c) of the National Commission for Minorities Act, 1992, the Centre had in 1993 notified five communities — Muslims, Sikhs, Buddhists, Parsis and Christians — as minorities.

The affidavit of the Centre filed in March had said that the petitioner’s contention that followers of Judaism, Bahaism and Hinduism, who are minorities in Ladakh, Mizoram, Lakshadweep, Kashmir, Nagaland, Meghalaya, Arunachal Pradesh, Punjab and Manipur, can’t administer their institutions were not correct.

Seeking the dismissal of the plea, the Centre had said in the affidavit that “the reliefs sought by the petitioner are not in larger public or national interest”.

It had said the issue of identification of religious and linguistic minorities cannot be straight-jacketed and “religious and linguistic minorities are spread all over the country and are not related or restricted to any single state/UT of India. India is a country with very unique characteristics. A religious group that is in majority in one state may be in minority in another state.”

The plea had sought direction to the Centre to lay down guidelines for the identification of minorities at the state level saying the Hindus are in minority in 10 states and are not able to avail the benefits of schemes meant for minorities.

In his plea, the petitioner had also challenged the validity of Section 2(f) of the National Commission for Minority Education Institution Act 2004 for giving unbridled power to the Centre and being manifestly arbitrary, irrational and offending.

The plea had said, “Direct and declare that followers of Judaism, Bahaism and Hinduism, who are minorities in Ladakh, Mizoram, Lakshadweep, Kashmir, Nagaland, Meghalaya, Arunachal Pradesh, Punjab and Manipur, can establish and administer educational institutions of their choice in the spirit of the TMA Pai Ruling.”