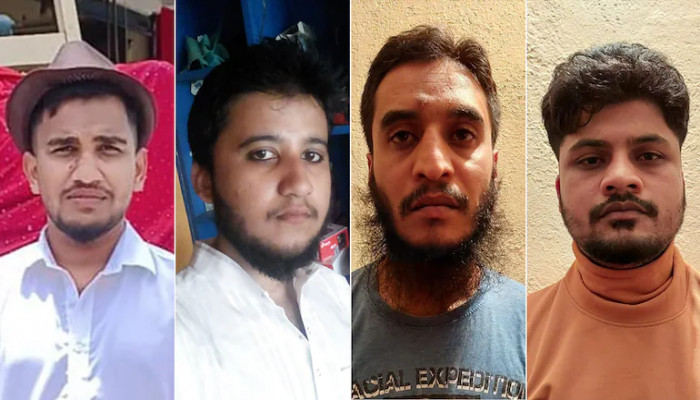 Police arrested four persons in connection with the stabbing incident at Shivamogga on Monday. One of the arrested accused suffered a bullet injury in his leg after cops opened fire at him.

Meanwhile, the Shivamogga police have banned pillion riders below the age of 40 in the city limits while a ban has been imposed on two-wheelers between 9 pm and 5 am till August 18. ADGP Alok Kumar has rushed to the city.

A youth was stabbed barely 200 meters away minutes after the clash, and he has been admitted to a hospital in the city, the Times of India reported.

As a precautionary measure, the district police have clamped prohibitory orders till August 18 and ordered the closure of schools on Tuesday in Shivamogga and its industrial twin town, Bhadravathi, 20km away.

The district police have clamped prohibitory orders till August 18.

A few youths protested the installation of Savarkar’s photograph at the hub, which abuts a mosque. Later, they brought in a poster of Tipu to be displayed there, leading to tension. This forced cops to lathicharge the youths to bring the situation under control.

A man, suspected of his involvement in clashes and stabbing a person, was shot in his leg when he allegedly tried to attack the policemen who went to detain him.

Mohammed Zabi alias Charbi (30), a resident of Marnami Bailu in this district headquarters town, is recovering in a hospital after the incident today.

On Tuesday morning when a police team went to detain Zabi, he allegedly tried to attack police team. In self defence, sub-inspector Manjunath S Kuki of Vinoba Nagar police station was shot in his right leg, police said.