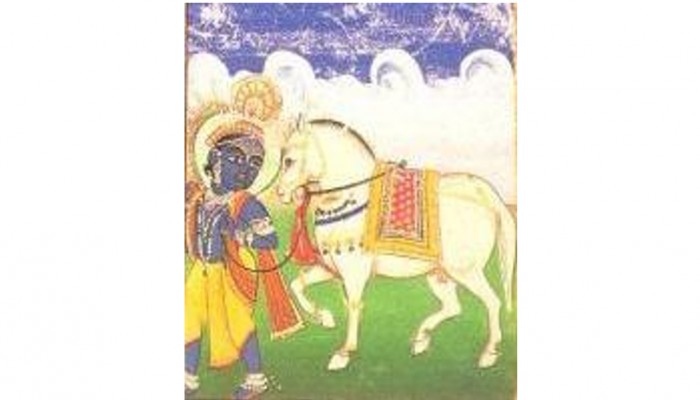 Our civilization today lies sandwiched between two extremes. On the one hand we have certain religious extremists living in the desert, following the diktats of a book which tells them to repress everything, repress women, repress clothing, repress music, repress alcohol, repress movies etc and the list goes on. A good video depiction of such repression is linked below. Do watch, not hatefully but think critically about the goals, aspirations and motivations of such people.

On the other extreme we have a discourse that is full of peak individualism, fixated on rebelling against everything, focussed so much on freedom that it becomes degeneracy and leads to chaos. Watch this to understand what I mean. Again watch not hatefully but think critically about the goals, aspirations and motivations of such people.

Lord Buddha said avoid extremism. Shri Krsna in GitÄ also advises us to avoid extremism. The thing about extremes is that they lack any nuance whatsoever and are full of ignorance. Anything extreme is like searching for absolutes in a relative world. But if I say that nothing absolute exists in a relative world then that in itself is an absolute statement. From a Vedic viewpoint in this dualistic, materialistic world there does exist a transcendental, absolute truth thus Vedic point of view intelligently accepts simultaneously the relative and absolute truth.

In our materialistic civilization we look towards ShÄstra as a beacon of light that illuminates the darkness and helps us understand how to live a happier and more fulfilling life. There is one thing that must be clearly understood here. Only a qualified lawyer can interpret the nuances of the law in Constitution, but even the most qualified lawyers argue about interpretation of the same Constitution. Vedas are far more complex than the Constitution and full of nuances. To think that some translation can make you understand the gist of Vedic knowledge is as foolish as a person who thinks that just by reading the Constitution they can become a lawyer. Our ShÄstra itself states that it can only be interpreted by qualified Gurus who come in a line of disciplic succession. Now the question is whom do I trust to be my Guru and how do I know he/she is right? This is a very important question. For instance in the third part of Srimad Bhagvatam Vidura wants to learn about the Transcendental absolute truth from a Guru but the Guru is personally occupied and unable to teach, he refers Vidura to another person. Now Vidura goes to the other person as recommended but doesn’t trust instantly and asks questions to verify and validate before accepting that person as his Guru.

Thus I’ve tried my best to gain knowledge from exalted Gurus who have the qualities required for someone who can authoritatively explain ShÄstra. In this article I will talk about what I’ve learnt is the Vedic point of view regarding marriage and sexuality and how much of our current knowledge is perverted by colonial interpretations which can definitely not be trusted, since it is similar to asking a doctor to interpret the law.

Satyuga as we all know is the utopia and pinnacle of civilization. All the people are perfectly selfless, knowledgeable, wise, self controlled, enlightened and everyone follows the Vedas not out of some compulsion or fear of retribution but because they’re highly intelligent and understand the correct principles about everything thus they automatically follow the correct path. For instance nobody in their family has their mom or dad instructing their children “beta don’t kill and eat your brother or sister”. In fact if the parents had to explicitly state this and make such rules it would be frowned upon because none of us are perverted enough to do something like that. For us it is not natual to be cannibals. However the same cannot be said of a tribe where all are cannibals. Over there they would have rules about who you can eat, how and under what conditions etc. The point I’m trying to make here is that in Satyug everyone was so pure that there was NO NEED FOR RULES. The idea of exploiting others did not exist. Thus there was no concept of marriage in Satyug. If people are naturally loving, self controlled and pure then they will not exploit. Such people do not exist in Kaliyuga. All of us are selfish the degree of selfishness may vary but it exists and self control is the hardest thing for us. In Satyuga people could be polyamourous and nobody would be exploitative, nobody would be irresponsible, jealous, angry, envious etc. Can we say the same in a civilization where acid attacks happen and where everyone feels at least a tinge of jealousy when their partner looks at someone else?

According to Vedic ideas when civilization collapses the most vulnerable are women, children and old people. This is a basic fact of life. When wars happen, women and children are raped, old and weak people are killed. Vedic culture is very compassionate and wants to protect the most vulnerable. In Kaliyuga people are lusty, selfish, passionate and hurt others. Is this not true of our current age? What happens in polyamourous relationships? Whether it be polygamy or polyandry, people get jealous, people don’t have enough wealth and resources to support large families, step children are discriminated against no one is happy. The reason why monogamy is the Dharmic ideal for Kaliyuga is because polygamy and polyandry result in more complexity and unhappiness which doesn’t help us in anyway. Even in Treta Yuga if Kaikeyi could discriminate against Shri RÄm then what to speak of Kaliyuga. Family life gets ruined for women and children. Thus whether you’re an independent liberal feminist or a patriarchal male, nobody will be happy with polygamy or polyandry. Forget that, monogamy is also difficult for people to practice because that is how selfish we have all become and that is an undeniable fact of life.

Vedic ideas are not based upon some sky god dictating his petty rules to humanity and casting those who disagree in hell. The Supreme Personality of Godhead is transcendental to material problems. He cares only about loving His true devotees. Karma and other boring universal affairs are deputed to demigods like Yama, Chitragupta etc who decide on such mundane matters and help humanity to ultimately transcend this material world. Karma is not some retributive, vindictive or punitive force, it simply has one purpose, to teach you to become more selfless. The reason why it is said that karma doesn’t apply to true devotees of God like Hanuman or Narada Muni is not because they’re Gods favorites but because they have figured out the ultimate truth and they have unconditional love for all humanity and are absolutely selfless. Tulsidasji another perfect devotee of God said that he sees the whole universe as a manifestation of Shri RÄm and Sita. Krsna Himself states in the GitÄ “For one who sees Me everywhere, I am never lost, nor are they lost to Me.”

Image is for representational purposes only, as a illustration of the Satya Yug. Source: By Painting from Jaipur, India; in the Victoria and Albert Museum, London., Public Domain, https://commons.wikimedia.org/w/index.php?curid=2768191