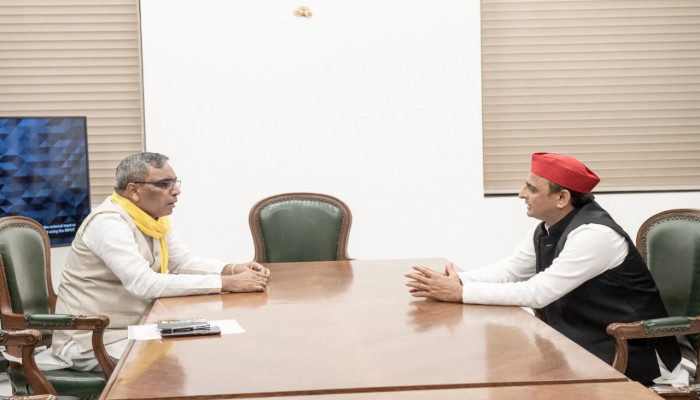 The Samajwadi Party has announced an alliance with the Suheldev Bharatiya Samaj Party and have decided to fight the elections together.

The Samajwadi Party tweeted, “Samajwadi Party and Suheldev Bharatiya Samaj Party will fight the battle of the deprived, the oppressed, the backward, the Dalits, women, farmers, youth, every weaker section.  As SP and SBSP came together, BJP will be clean in UP."

The duo will address the people on October 27 at a Mahapanchayat at Mau, where Rajbhar has invited former Chief Minister Akhilesh Yadav.

“I have invited Akhilesh Yadav for a Mahapanchayat on 27th October at Mau,” Rajbhar said.

On Saturday, RJD Jayant Chaudhary said that he wants to fight upcoming Assembly elections together with SP. Chaudhary. Earlier in 2019, RJD had allied with SP-BSP but failed to win a seat in Lok Sabha polls.

The development comes months after Samajwadi Party chief Akhilesh Yadav ruled out any alliance with big parties for the 2022 UP Assembly election.

“The Samajwadi Party will not enter into any alliance with big parties. We will go together in the election with smaller parties,” Akhilesh Yadav had said in July.