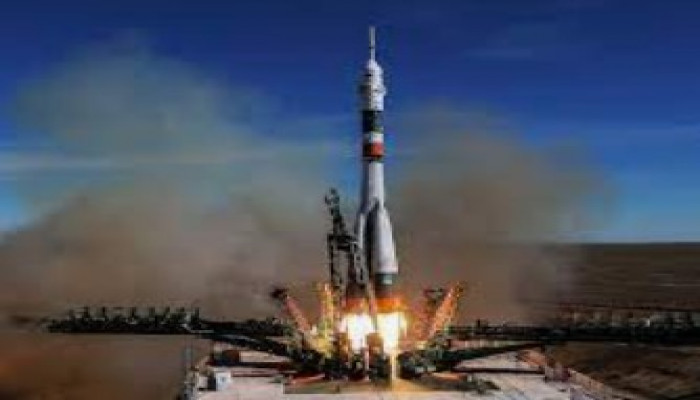 A Russian military satellite, believed to be part of the Kremlin's early warning anti-missile system, was successfully placed into orbit on Thursday. According to the Russian Defense Ministry, a Soyuz rocket carrying a classified payload launched from the Plesetsk cosmodrome in northern Russia early Thursday.

In a statement carried by Interfax, the Russian Defense Ministry said that a rocket launched at 01:09 GMT sent a "space apparatus into orbit in the interests of the Defense Ministry."

The Soyuz rocket lifted off as scheduled at 6:06 pm (18:36 IST) from the Russian launch facility in Baikonur, Kazakhstan, carrying the Progress cargo ship with the Prichal (Pier) docking module attached to it.

According to information released by the MoD’s Directorate of Media Service and Information, all pre-launch operations and the space vehicle’s launch took place in normal mode. The launch and flight of the rocket were controlled by the Russian orbital group’s ground-based automated control complex for spacecraft.

Around two minutes after the launch, the Soyuz-2 launch vehicle was accepted for escort by ground-based controls of the Herman Titov Main Test Space Center. The Russian Federation Defence Ministry noted that the spacecraft launch into the calculated orbit by the ‘Fregat upper stage’ will take a couple of hours.

As reported by the Spaceflightnow website, the launch could deliver a satellite named Tundra. Tundra satellites were launched by Russia in 2015, 2017 and 2019, according to Interfax.

Kupol, which was introduced in 2019, is designed to detect launches of ballistic missiles and track them to their landing sites, but its configuration is unknown.

According to the U.S., a Russian satellite exhibited "very abnormal behaviour" in 2018, which raises concerns that Russians are developing space weapons. However, the Russian government denied the accusations, calling them "unfounded."

In the past week, Russia has been under fire for its military's destruction of a satellite that created a cloud of debris that forced the crew on the International Space Station to take shelter.